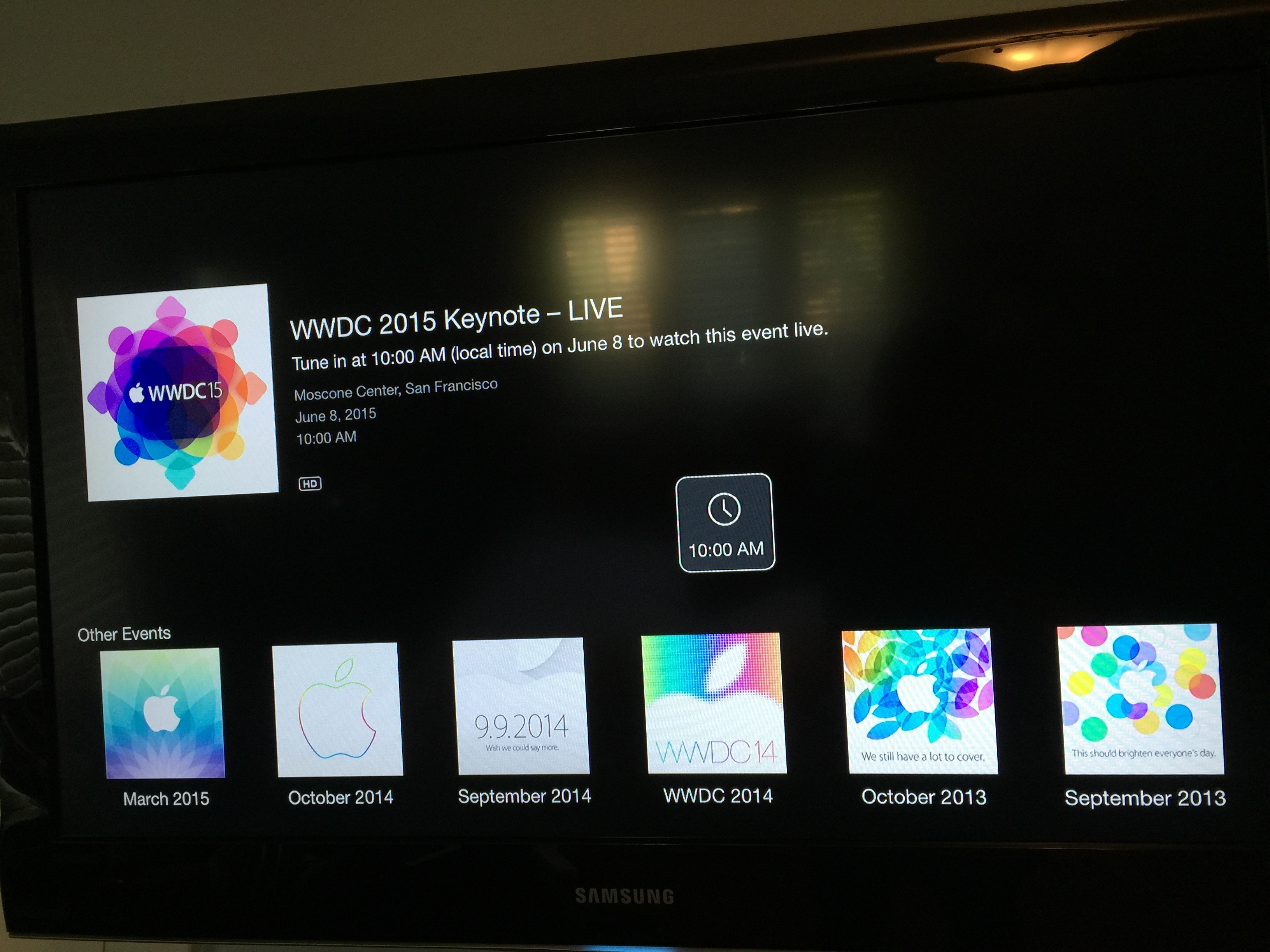 A week ahead of the Monday, June 8th Worldwide Developers Conference kickoff keynote, Apple has announced that it will be live streaming the event, which starts at 10 AM Pacific/ 1 PM Eastern Time. The company has updated its Apple Events application on the Apple TV to feature next week’s streaming video. Apple is yet to update its website, but the company will likely stream the keynote on its website for both Macs and iOS Devices running the Safari Web browser. While Apple will be live streaming the event, we’ll have live news and analysis over the course of the week-long conference, and especially before, during, and after the keynote presentation. At the conference, we expect Apple to introduce iOS 9, OS X 10.11, Apple Music, and new Apple TV hardware.

Update: Apple has posted the stream availability to its website.