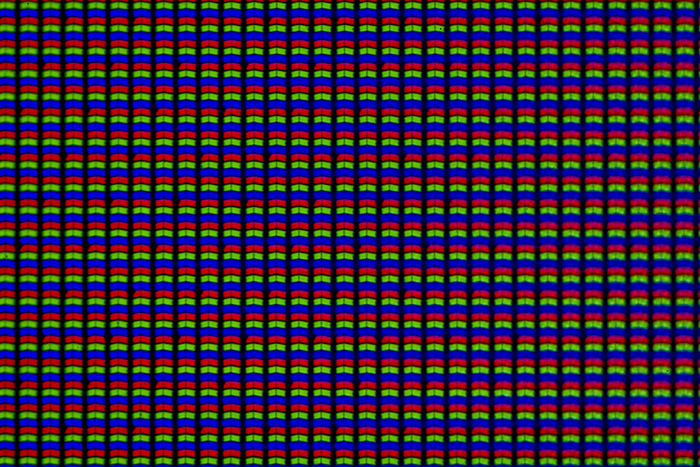 In one of the images, you can also see part of the Force Touch pressure sensitivity system. By shining a bright fibre optic light at the display, Jones could photograph the contact elements (visible in the image as orange specs). However, Jones cannot explain how these elements work in detecting force. For reference, here’s how Apple describes the Force Touch technology in the Apple Watch on its ‘Technology’ marketing page:

In addition to recognizing touch, Apple Watch senses force, adding a new dimension to the user interface. Force Touch uses tiny electrodes around the flexible Retina display to distinguish between a light tap and a deep press, and trigger instant access to a range of contextually specific controls

Force Touch is expected to arrive on the ‘iPhone 6S’, as well as the next-generation of iPads, as part of Apple’s fall announcements.