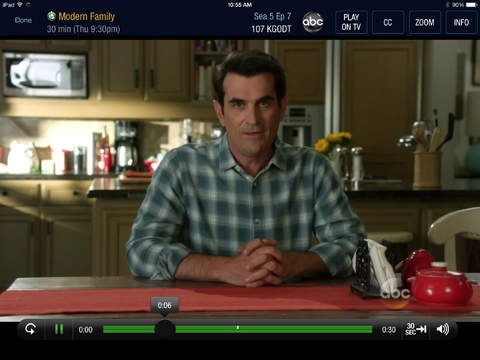 One of the long-running complaints among TiVo users has been the company’s decision to block Apple’s AirPlay mirroring feature, preventing users from streaming content from the TiVo iOS app to an Apple TV. That’s all changing today as the company plans an update to the app that enables the functionality for the first time, allowing TiVo hardware owners to stream any content accessible via the iOS app to an Apple TV connected to the same network.

It was a long time coming, especially as the company embraced iOS users in most other ways with recent software and hardware releases. It introduced the ability to stream directly to iOS devices with its new Roamio DVRs a couple years back, but AirPlay support is the final piece of the puzzle for Apple users.

While it might not make a whole lot of sense for all users that might already be streaming directly from their TiVo to a connected TV, it is extremely convenient for avid Apple TV users that often AirPlay stream content from an iOS device and would like recorded TiVo content to be a possibility in the equation. It’s also handy for users that might want to stream content to multiple screens in their home that might not be connected to their TiVo hardware. Streaming recorded TiVo content to a friend’s Apple TV when away from home isn’t possible unfortunately, as TiVo hardware that offers out-of-home streaming doesn’t appear to support the AirPlay streaming feature when off the local network.

The updated TiVo app should be arriving on the App Store any minute now.