Most of the accessories I’ve reviewed for 9to5Mac require little explanation — they’re the second, third, or tenth iteration of a concept we’ve seen many times before. Marked with “Carte Blanche” branding, Boostcase’s new Bloc ($60-$100) is something new… and as such, it mightn’t completely make sense at first blush. It’s not just an Apple Watch stand like the many others I’ve covered: it’s actually a standalone charging dock. With its own built-in power source. Made from your choice of wood ($60 preorder/$80 regular), aluminum ($80), steel or gold-colored aluminum (each $80 preorder/$100 regular).

It’s as minimalist of a design as docks can get: a big, solid-feeling box hiding your Apple Watch Magnetic Charging Cable and a 2000mAh battery inside. And it’s available in colors matching nearly every Apple Watch, even including gold and rose gold. You’ll have to decide whether or not it makes sense for your personal needs, but one thing’s for sure — there’s nothing else quite like it on the market, or likely to appear any time soon… 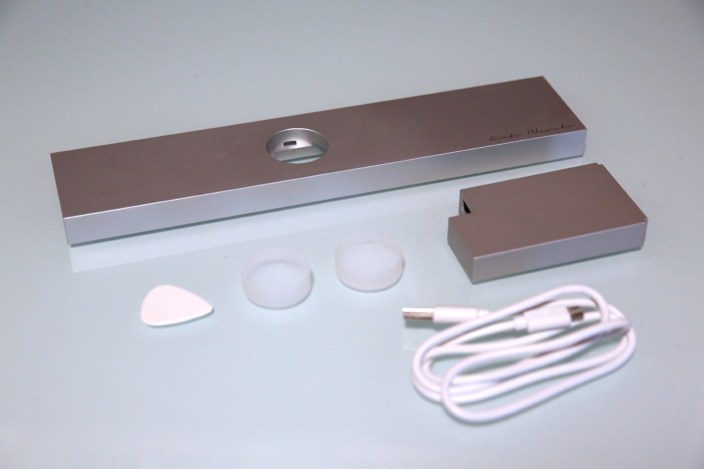 Boostcase ships Bloc as a six-piece set: a roughly 9.9″-long, 2″-wide, 0.6″-thick piece of wood or metal, a detachable 2000mAh battery, a micro-USB charging cable for the battery, two rubber inserts for different Apple Watch charging cable pucks, and a triangular pick. The idea here is that Bloc can be used as a completely standalone dock on your nightstand, paired with a Mac on your desk, or — assuming you want to take it with you — carried in a bag for travel. 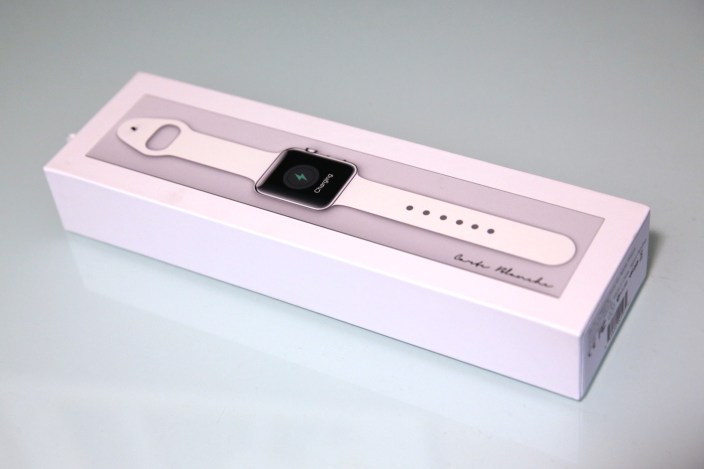 That could be accomplished by leaving a fully-assembled Bloc inside its well-padded packaging. But that’s sort of an odd way to carry around a typical battery-powered accessory, and Boostcase doesn’t include the standard alternative — a soft carrying case — in the box. The shape is also fairly long in a way that would be better suited to briefcases and suitcases than purses. So Bloc is technically ready to be used anywhere, but some users might well find it impractical to actually carry around. 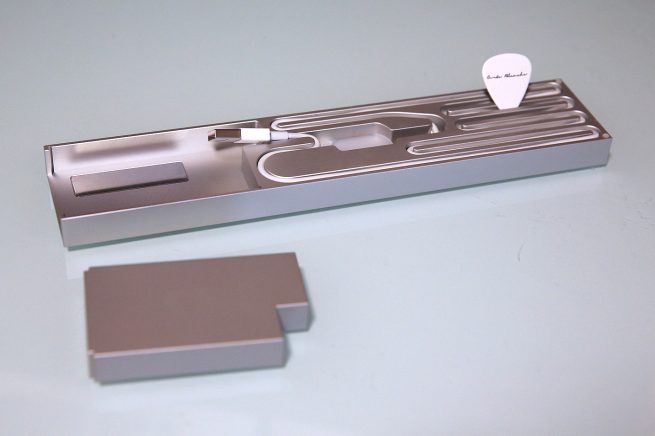 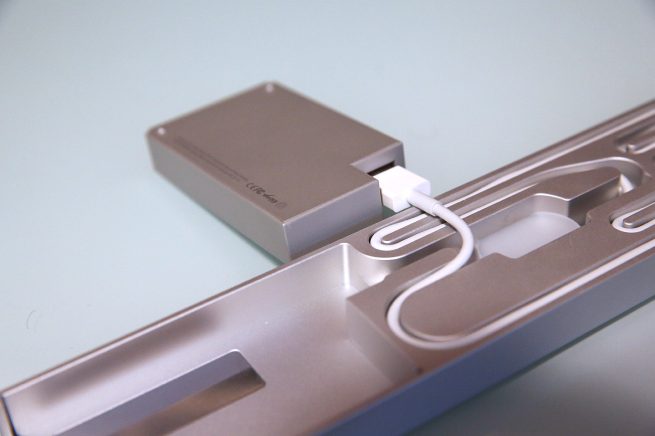 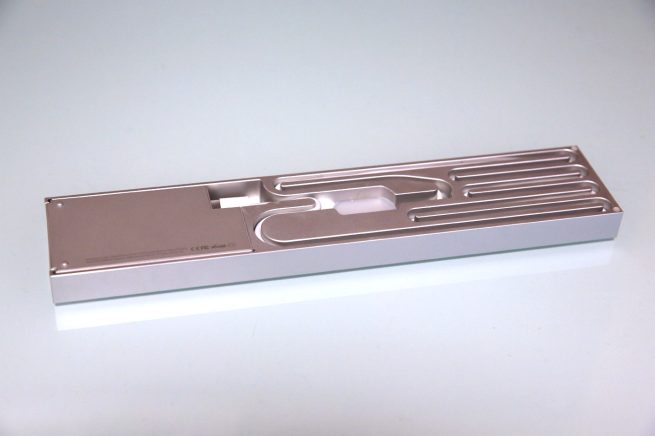 Installing Apple’s official Apple Watch Magnetic Charging Cable isn’t hard, but it’s not easy, either. The process is supposed to be as simple as fitting your cable’s charging puck with a rubber liner, inserting it (and its USB plug) in the top central hole, then winding the cord through a series of cable-managing turns in Bloc’s bottom. At the end, the USB plug goes into the battery, which then fits snugly (and magnetically locks) into Bloc’s right edge. 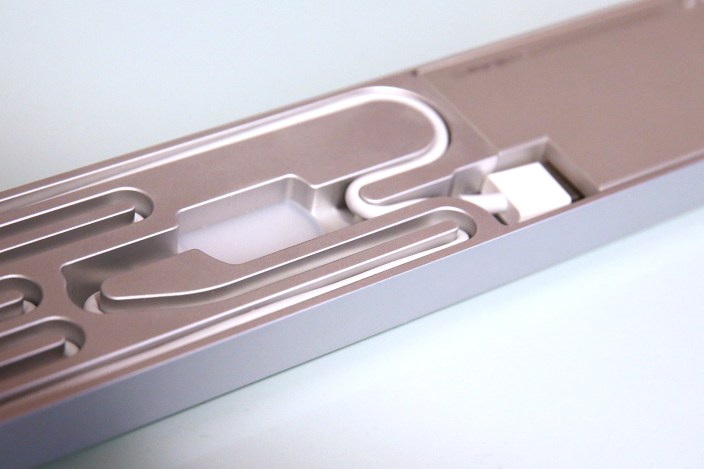 A 1-meter cable is supposed to wind through Bloc’s deep channel once, and a 2-meter cable twice. But it took three separate attempts before I could get a 1-meter cord to make a proper connection with the battery’s USB port. At least in the version I tested, Bloc’s bottom grooves are beautiful but highly intolerant of slightly-too-short cables. Since your cable will be subjected to quite a few twists and turns, you may want to use a spare that you’re planning to devote solely to Bloc, rather than one you plan to insert and remove repeatedly, straining the wiring. 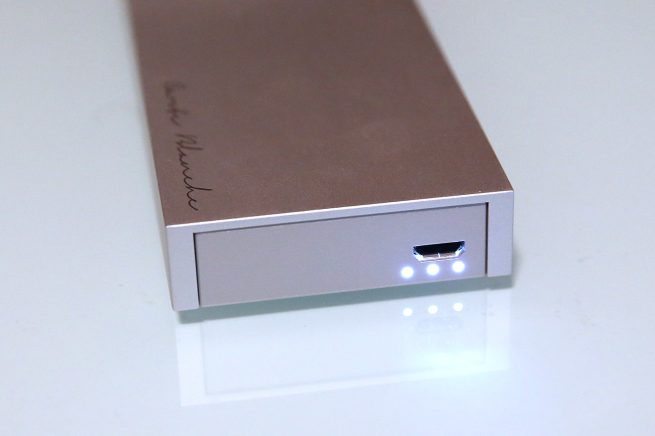 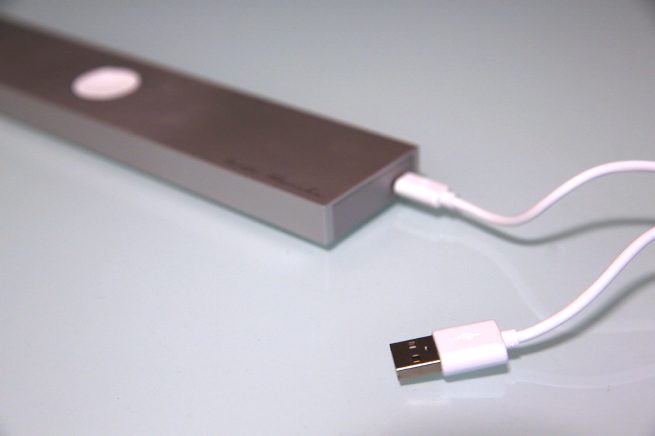 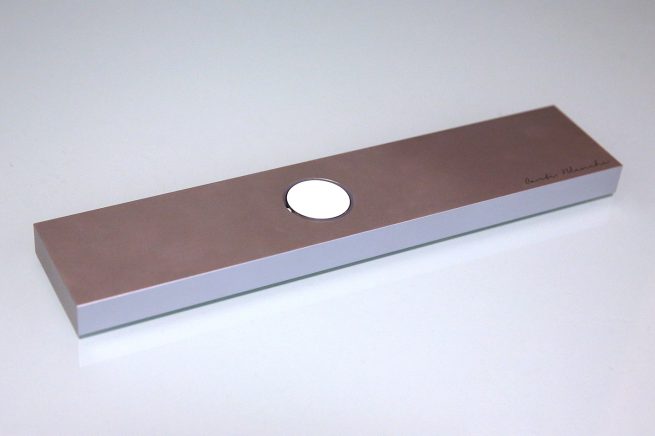 Once Bloc’s assembled, it can be used with any open-banded Apple Watch — sport bands, classic buckle leather bands, modern buckle leather bands, and third-party alternatives. Milanese loops, leather loops, and link bracelets technically can work if you’re willing to run Blok through their centers and rest the band against a table, but no one’s going to actually want to do that. Should you want to keep Bloc on a nightstand or desk, plugged into power, you can do that: the Apple Watch and battery will both charge while it’s connected to power.

Alternately, you can use Bloc by itself, where the 2000mAh battery promises to deliver over three full charges to the Apple Watch. While that’s less than the four charges claimed by Nomad’s 1800 mAh Pod charger for Apple Watch, my testing of Bloc suggests that Boostcase’s estimate is reasonable: the battery was indeed able to perform three full charges of the larger 42mm Apple Watch, with a little extra juice to spare. A tap on Bloc’s end activates the three LED power lights, letting you know how much energy the rechargeable battery contains. 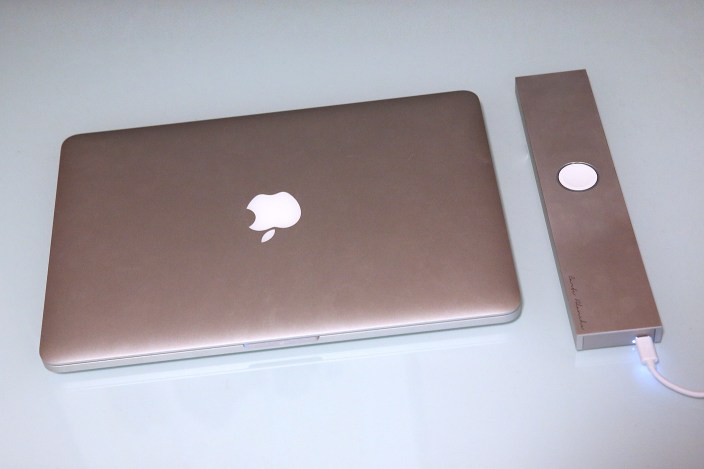 I’m not going to suggest that Bloc is for everyone — the minimalist look is certainly nice, if not quite as band-compatible as some users might prefer, and the idea of a battery-powered charging station that’s sorta-kinda portable may make more sense to avid watch enthusiasts than regular consumers. But if you’re looking for a clean charging dock for your desk, and appreciate its ability to operate (at least temporarily) completely without wires, Bloc is definitely unique. The wide variety of color and material options will particularly endear it to users who have steel Apple Watches and gold Apple Watch Editions, which have so far been underserved by most of the Apple Watch stands and docks out there.