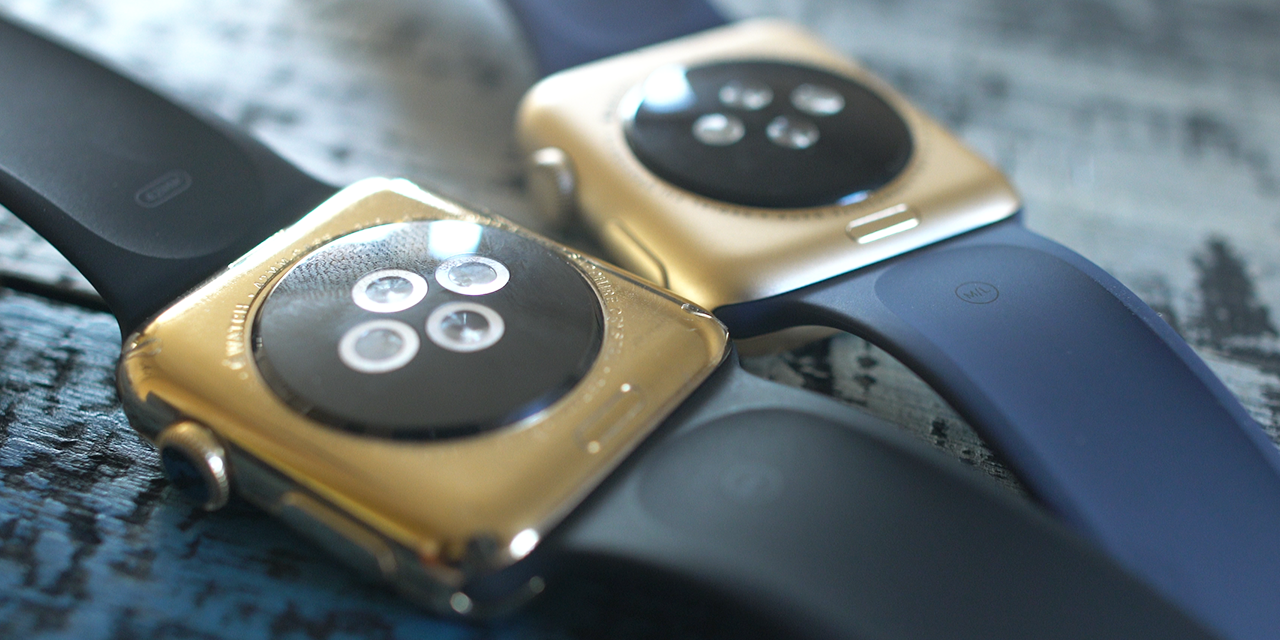 Today we are looking at the Gold Apple Watch Sport and comparing it to something closer to the real deal. This is a relatively new color release from Apple and if you can’t afford the real gold version this may be the next best option, but you’re making a sacrifice in materials. Personally, I like the gold aluminum as it matches the gold iPhone, but I prefer the stainless steel Apple Watch as it features a sapphire display to prevent scratches…

Luckily, you can have your cake and eat it too, well kind of. Apple may not have anything for the baller on a budget, but you can get your stainless steel Apple Watch plated in gold, which I’ve done through WatchPlate. I showed you guys a video on my gold-plated Apple Watch a while back, but I thought it would be nice to compare the gold Apple Watch Sport to the gold-plated Apple Watch and get a better sense of what’s involved here. Another cool thing is that either route you go, you’ll end up with a matching band like you see here on the Sport bands with gold pins.

Check out our gold Apple Watch comparison video below:

Obviously, the gold on the plated version is going to be much closer in look and appeal to those considering an Apple Watch Edition, but aren’t crazy enough to buy one. This is as gold as it gets right here. You’ll need to pickup an Apple Watch starting at $549 and send it off to Watch Plate for the plating which will run you around $399, but it’s ultimately going to look like the Edition and damn it looks good… if that’s what you’re going for. 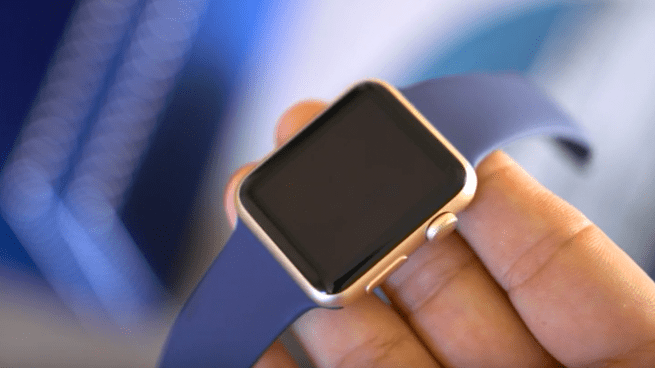 If you want the gold look to match up with your other iOS devices, the gold Apple Watch Sport is the way to go. It starts out at $349, but again, you’re missing out on the stainless steel design (which may not matter to everyone) as well as the sapphire covered display. There are other minor differences on the back side of the watches, but at the end of the day a scratch-free display is a happy one. 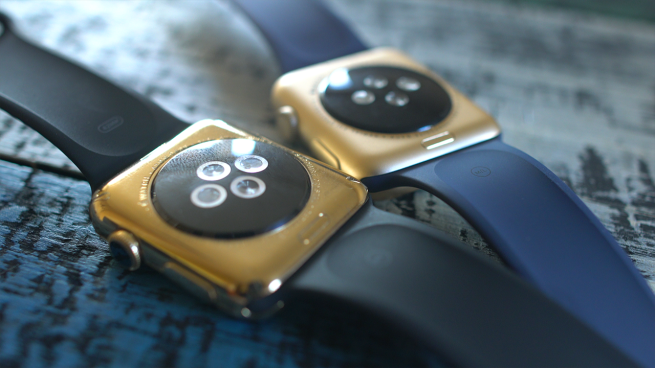 Side-by-side there’s a clear difference in the gold tone between these two. One isn’t necessarily better than the other though. It’s a matter of taste. Either way, I can’t help but love the plated version more than the aluminum Sport due to the materials and true gold tone. It’s a bit flashier, but it’s the only way you’ll get something remotely close to this without spending $10,000. Again, that’s crazy. more power to you if you’re rocking an Edition though. Which do you prefer? Like I said, I’m a fan of the gold plated version, but would love to see Apple release a gold Sport with a sapphire display. That’s obviously not going to happen though. So for now, your options are to either buy the gold Apple Watch Sport, buy an Apple Watch and send it off to for plating (or purchase one directly from them), or go high-roller status with the Edition. Which gold Apple Watch do you prefer? Sound off in the comments below.