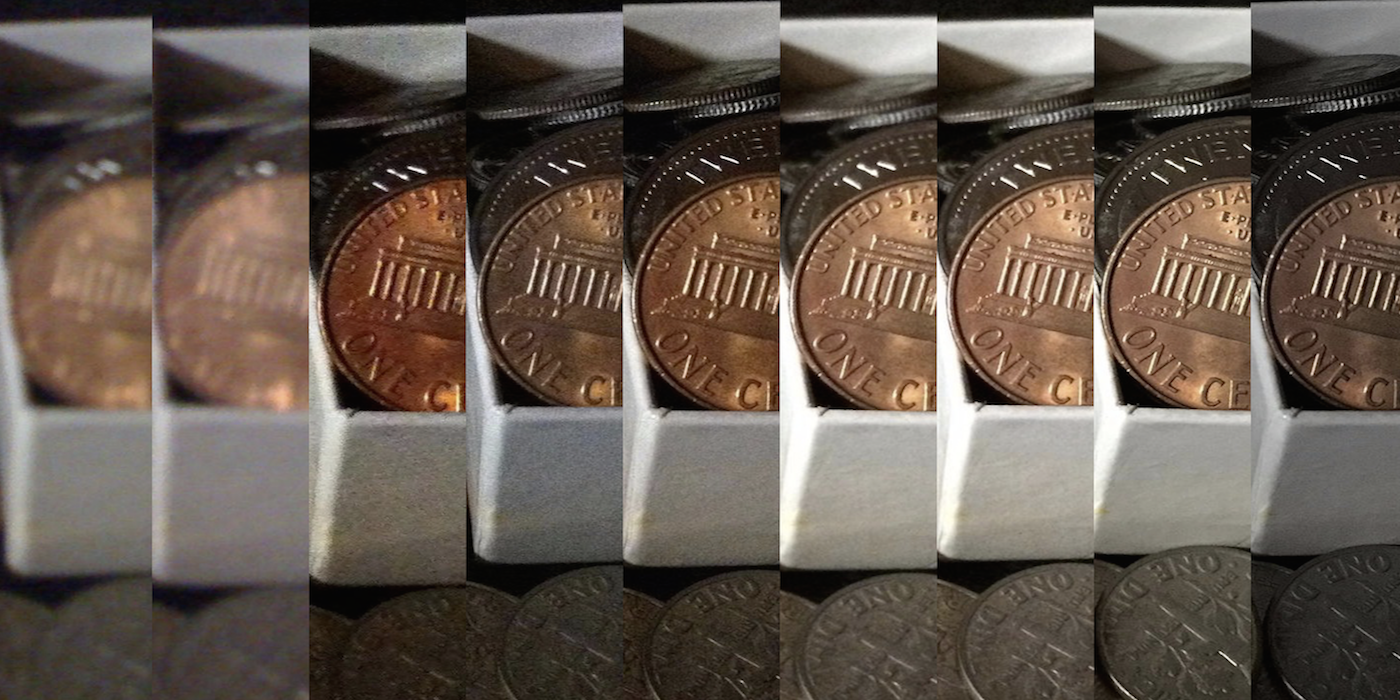 There has been a lot of opinions floating around about the new iPhone 6s camera, its upgraded 12 megapixel sensor, 4K video capability, and the other software side improvements with iOS 9. Our own photographer Ben Lovejoy put the device to the test in his ongoing diary series. But this latest photo gallery from the people behind the Camera+ app gives us a look at how the camera has improved not just over last generation, but also over all other previous generations of iPhones in a side by side comparison.

For the comparison, Camera+ took various images— macro, backlit, daylight, portrait, low-light, etc— to show off what it described as an “increase in the speed of auto focus and improvements to colour accuracy, details and sharpness, especially in low light,” with the new iPhone 6s.

The photo above is a macro comparison, while below you see examples for another macro shot, a backlit outdoor shot, and a portrait:

Leading up to the iPhone’s launch late last week, we saw several photo galleries promoted by Apple including photos from the runways at New York Fashion Week via Vogue,  shots from a recent MLB game published by Sports Illustrated, and most recently images in National Geographic from a photo shoot in China. We also got a look at a documentary from Ryot shot entirely in 4K on the new iPhone 6s Plus.

Check out more images on Camera+’s website where you can also view the full size photos in an interactive gallery for each comparison.