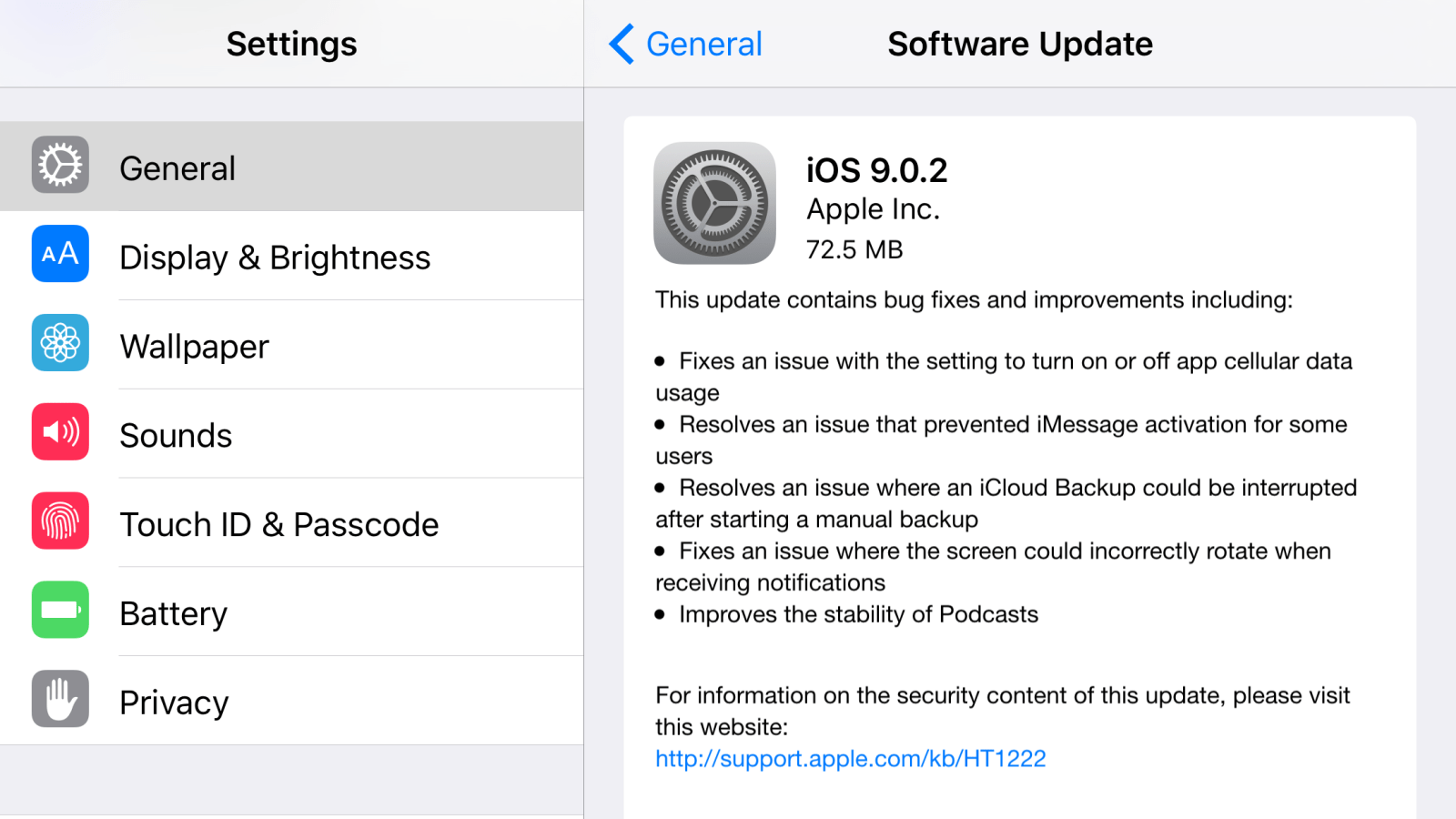 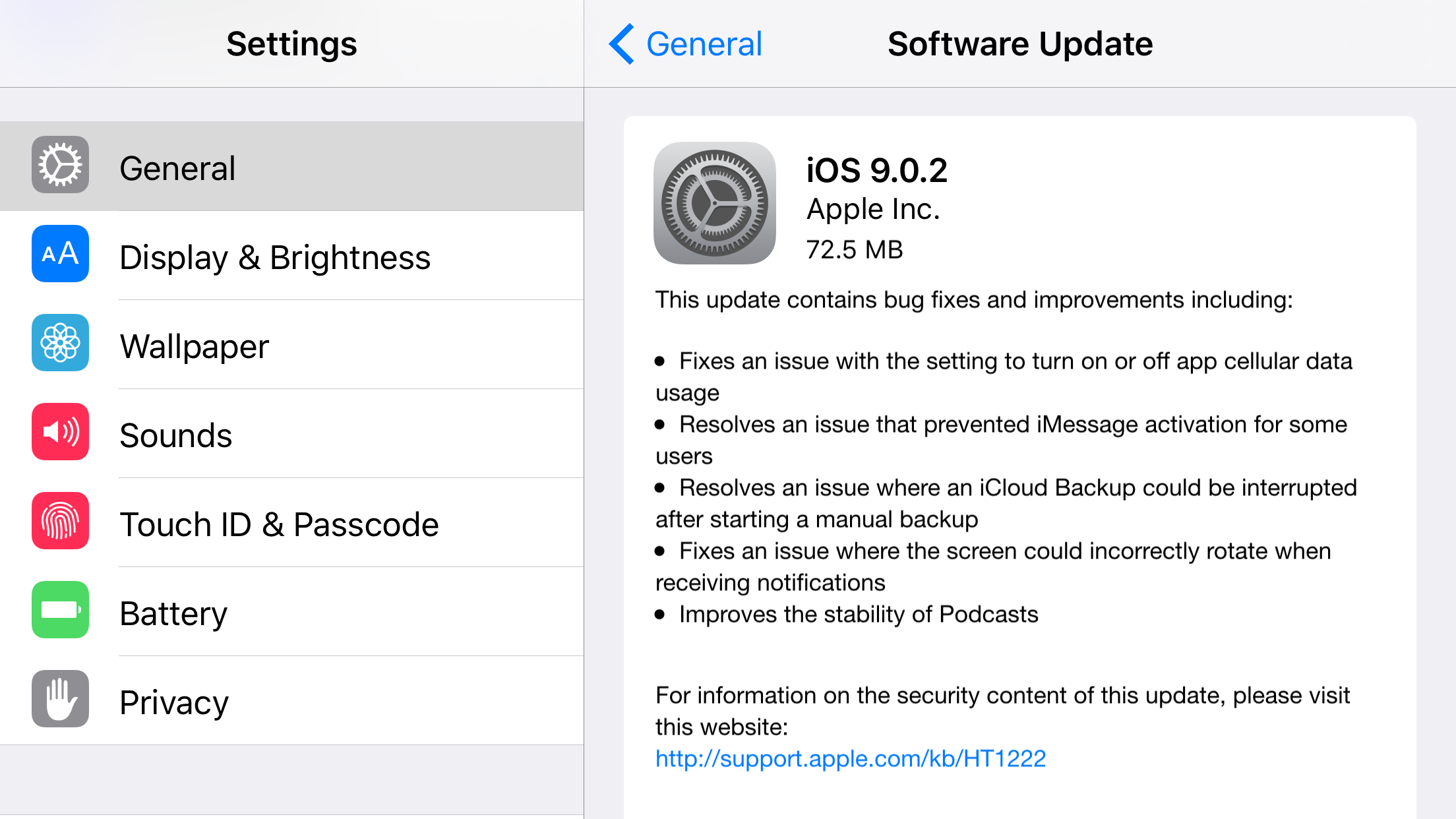 Apple publicly released iOS 9.0 on September 16th with multitasking features for iPad, transit directions in Maps, a feature-packed Notes app, an all-new News app, and many more features and improvements. Before the iPhone 6s and iPhone 6s Plus even hit stores, iOS 9.0.1 delivered quick fixes for setup assistance and alarm issues.

In addition to selling 13 million iPhones over the 6s launch weekend, Apple says that more than half its users have already updated to a version of iOS 9.

iOS 9.0.2 is a fairly small update at about 72MB so the update process should be somewhat quick for users.