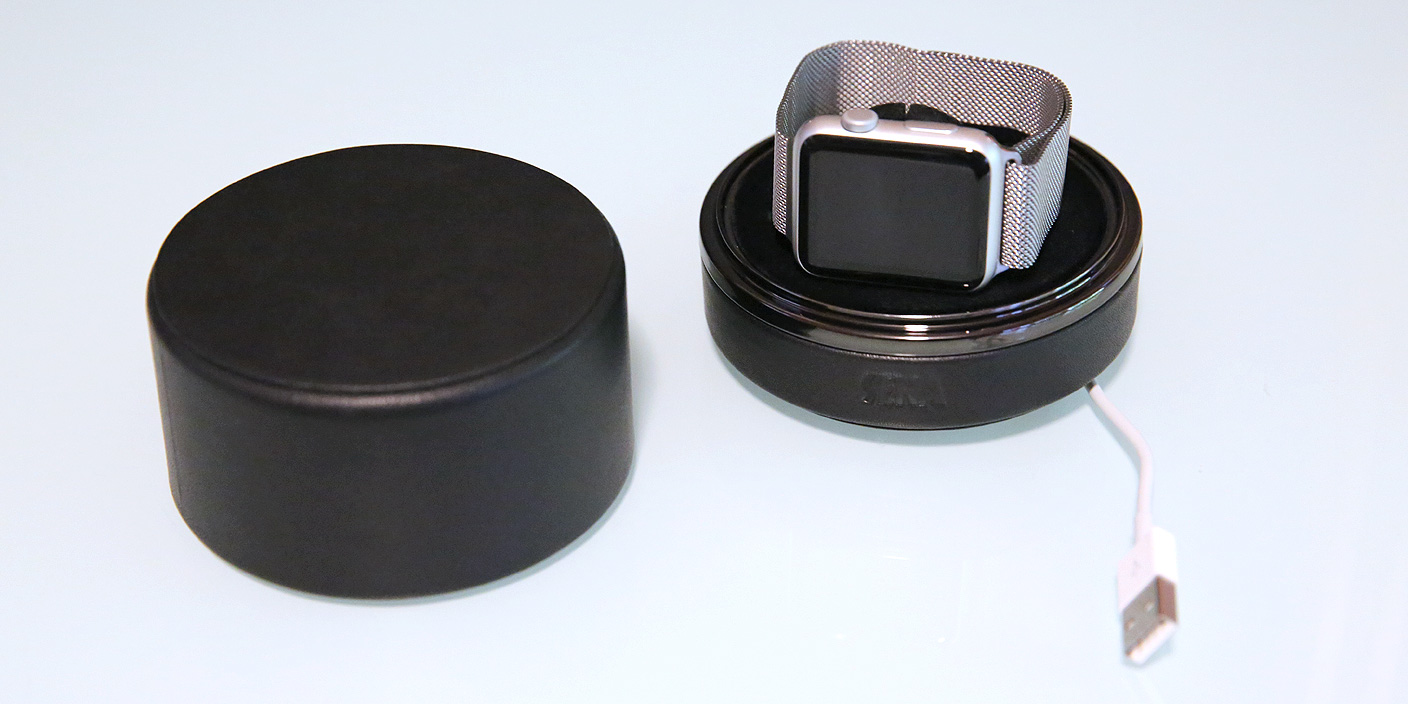 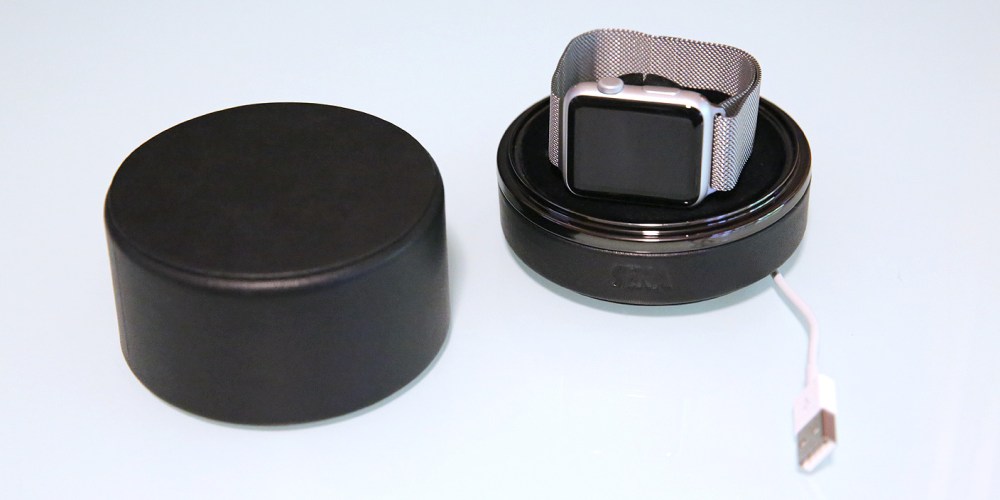 Horologists, it is said, are very different from casual watch users. They actively collect watches, protect them, and care about small design and functional details in ways average people would shrug off. Apple designed the Apple Watch to appeal to everyone, but it proudly chased horologists with both software features (customizable faces/complications) and industrial design elements, winning the attention of some serious collectors in the process.

Moreso than most of the best Apple Watch docks and stands I’ve covered, Sena’s new Leather Watch Case ($80) is really a horologist’s accessory, not made for the average Apple Watch user. It’s a bespoke leather box designed to do little more than hold the Apple Watch inside, primarily for travel but alternately as a nightstand or desktop dock. Like many of Sena’s other luxurious leather products, you may not find it in a local store, and it may specifically appeal to a narrow niche of people with a lot of spare money. But it’s undeniably well-made — the product of judicious use of black grain leather, a gunmetal accent ring, and hidden magnets. Read on for the details… 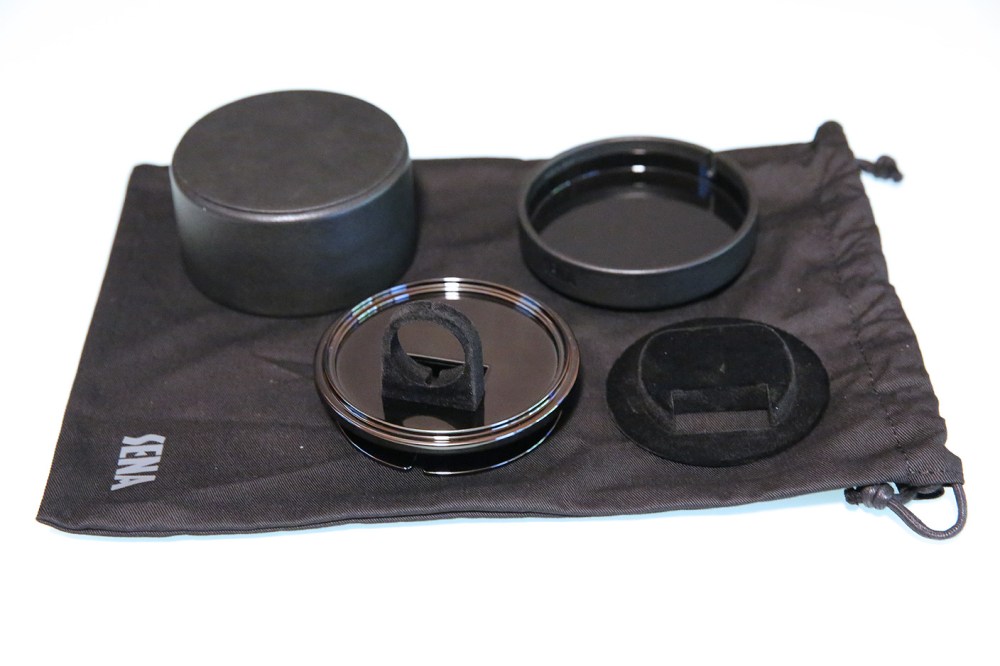 Roughly 3″ tall and 3.6″ in diameter, the Leather Watch Case arrives as a set of five pieces: an oversized, thick fabric drawstring bag,* a large leather-covered lid, a small leather-covered base, a gunmetal plastic cord manager, and a velvet lined center platform. All of the parts look as luxe as one would expect given the asking price — as fancy as a tuxedo, though understated, and my review sample’s grain was much finer than the version shown on Sena’s site. Similarly, a Sena logo embossed on the front is almost invisible unless light hits it just the right way. (Note: After confirming that orders from Sena’s website would include the bag, Sena now says that the bag will not be included – a disappointment.) 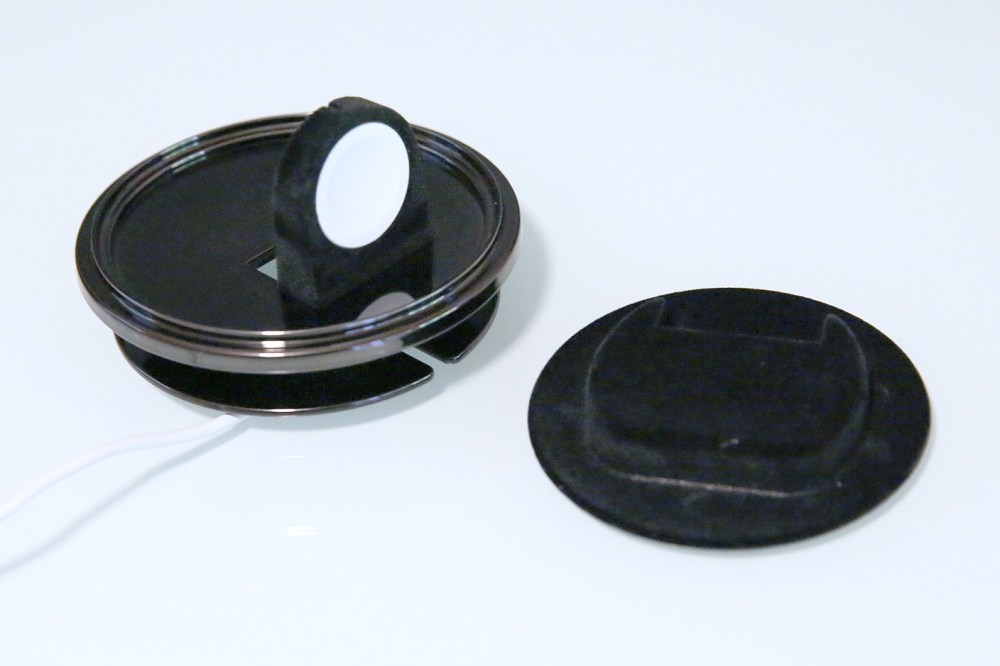 To assemble the Case, you wind a self-supplied Apple Watch Magnetic Charging Cable around the cord manager, place the velvet platform around and behind Apple’s charging puck, then place the plastic assembly inside the base with the USB cord sticking out. This enables you to connect the cord to a wall power adapter or computer; you can also tuck the cord into the base for storage during travel. 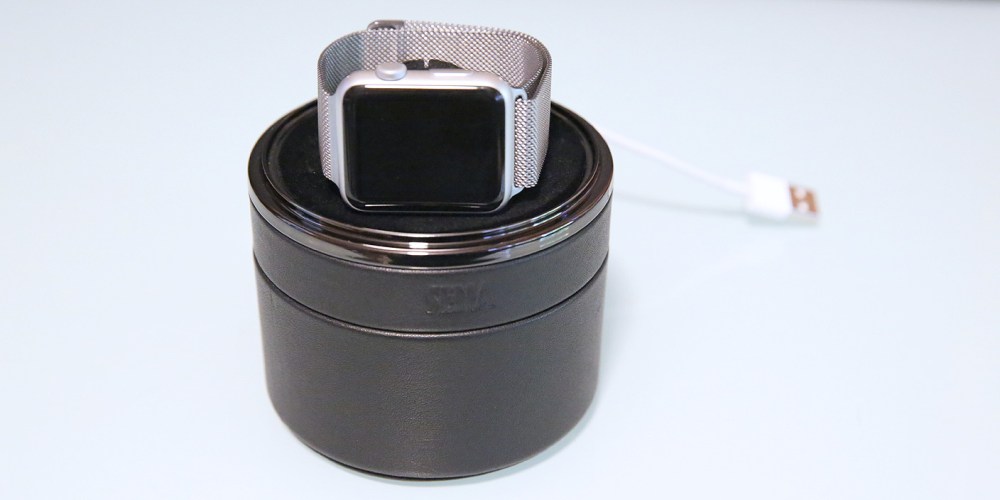 The three aforementioned pieces can be used alone to create an Apple Watch charging dock, or you can add the fourth piece, turning the lid upside down and placing the base inside of it. This elevates the Watch roughly 3″ above a flat surface, around an inch higher than some of the Apple Watch docks I’ve tested, and a nice height for seeing the screen in Nightstand Mode. 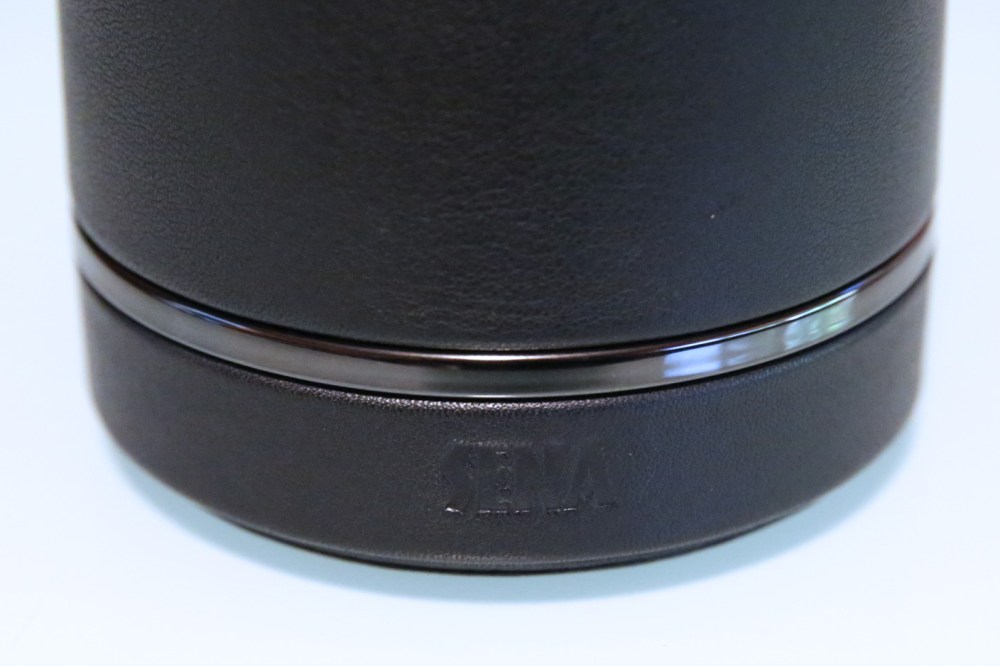 Functionally, the only particularly cool surprise in the Leather Watch Case is the stealthy use of magnets in the gunmetal cord manager. They keep all three of the bottom pieces together when the lid is off, and also keep the lid on tightly enough that you’ll need to deliberately separate it from the base. Speaking for myself, I wouldn’t feel comfortable tossing a premium (and scuffable) leather case into a backpack or suitcase without protection, but that’s why the drawstring bag is included. 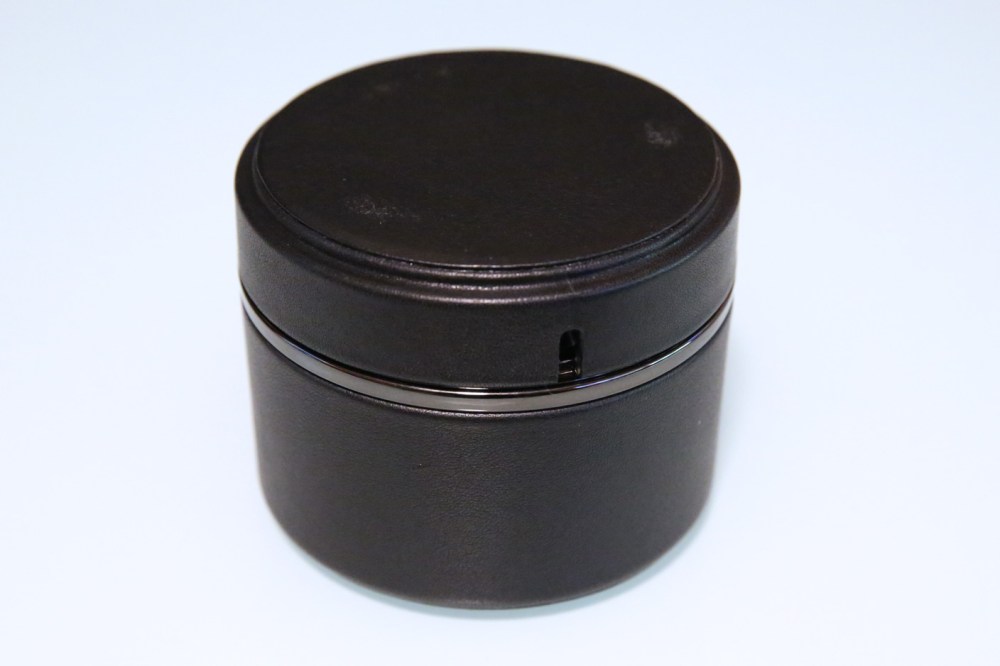 One thing that’s arguably missing from the Leather Watch Case is a battery. Given Nomad’s work on the Pod (reviewed here) and upcoming Pod Pro, this oversized circular form factor strikes me as making a lot of sense for something that doubles as an on-the-go charging dock and travel case. But while the battery-laden Pods are made from hardened metal and not cases, the Leather Watch Case is soft and has no integrated charging ability. It’s inevitable that some company will put the two concepts together in a (more expensive) do-it-all travel battery case for Apple Watch. 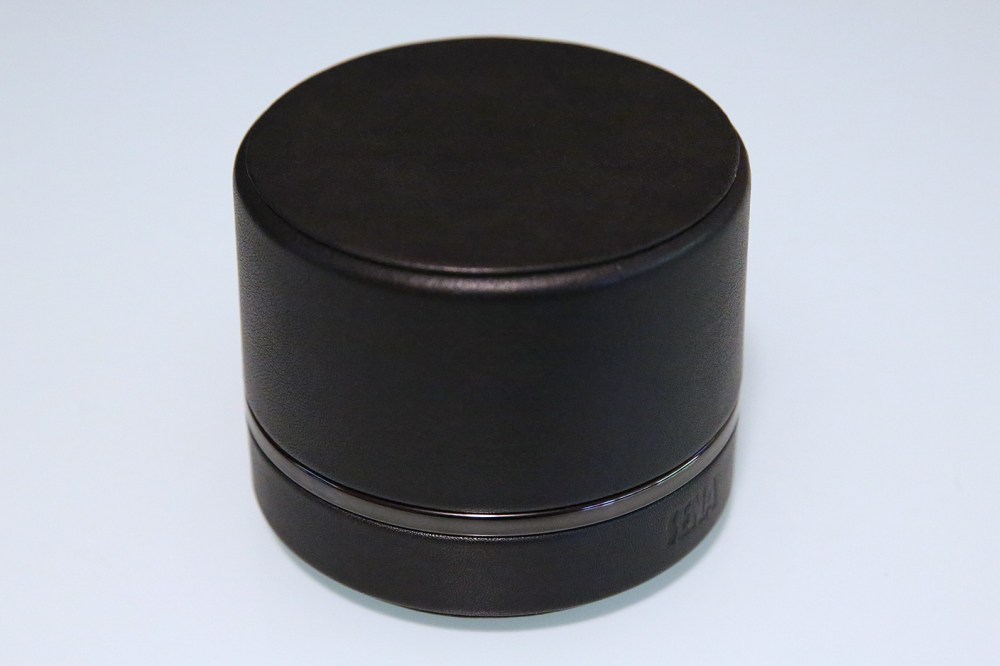 As it is, Sena’s Leather Watch Case is pretty much the definition of a luxury product: something most people won’t need, but with enough frills that some people will be willing to buy in anyway. Beyond the horology crowd, it has appeal as a sub-$100 gift for an Apple Watch-loving spouse who already has the Watch and band of their dreams. The Leather Watch Case is currently available at a discounted preorder price of only $70, which will rise to $80 when Sena starts shipping units out in mid-November.