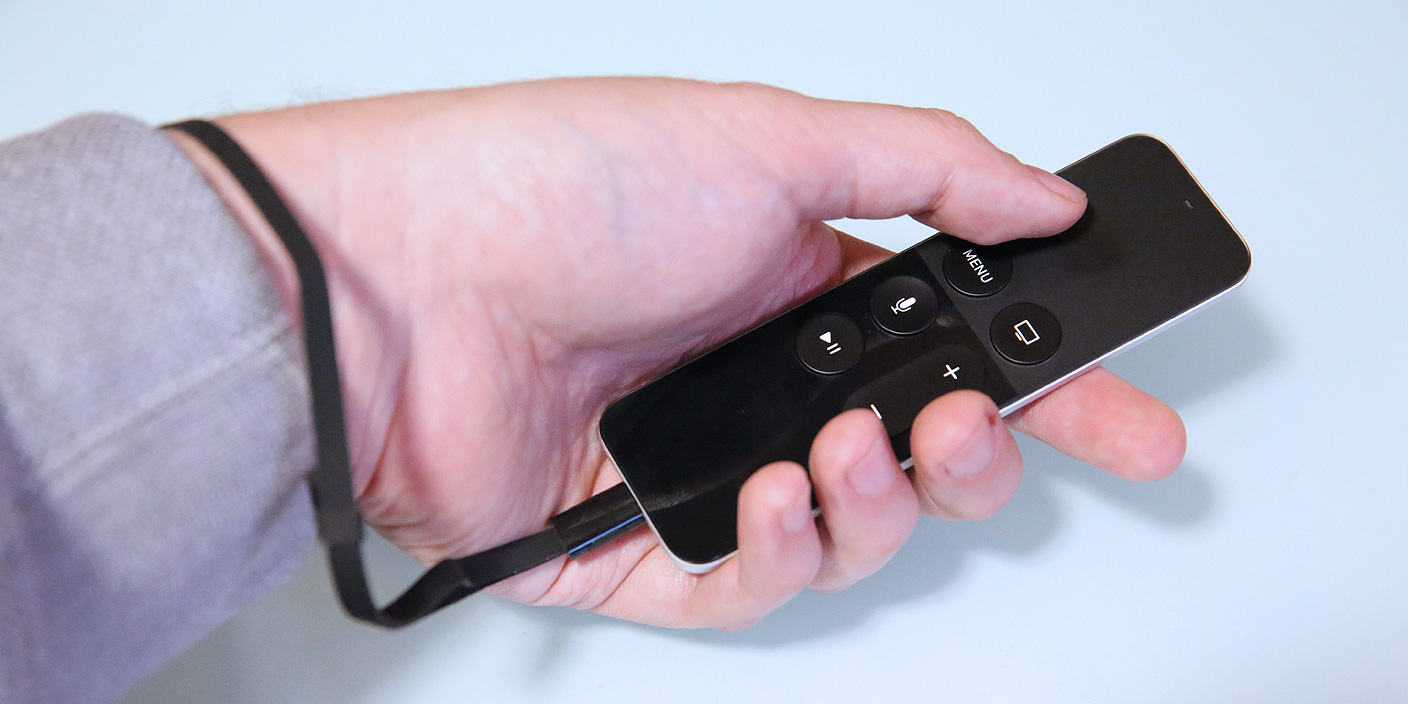 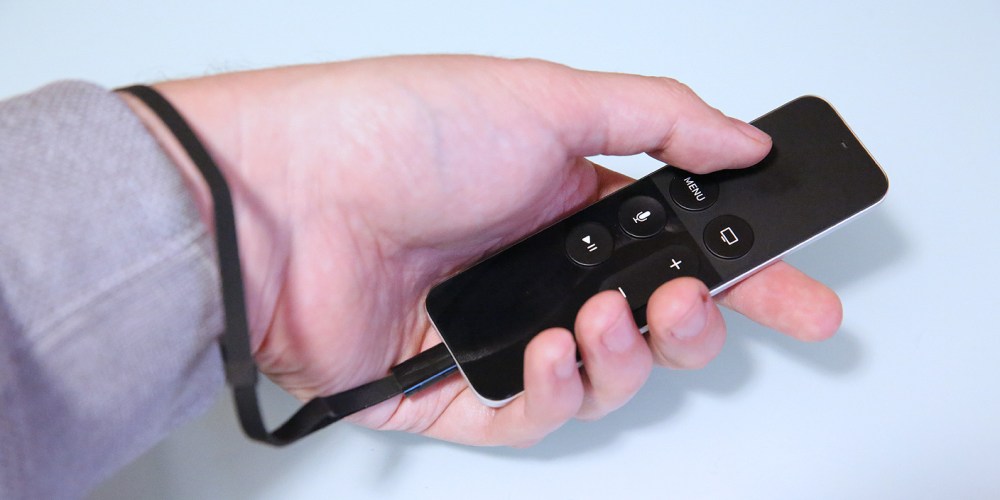 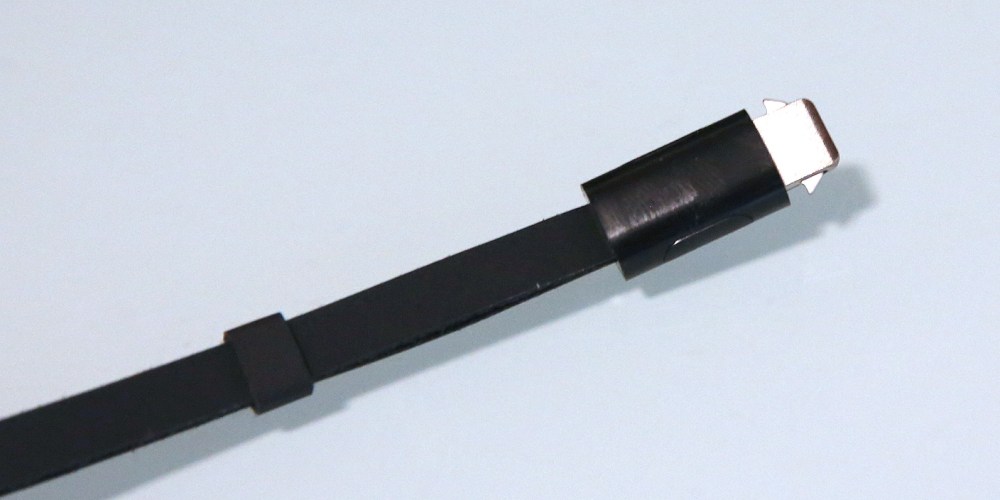 Remote Loop’s most interesting feature is its metal tip. Similar in size and shape to a Lightning plug, it has two triangular spikes sticking out of its sides, retractable using buttons hidden on the edges of the plastic grip underneath. The spike idea originally debuted in Apple’s Dock Connectors a long time ago, but disappeared as Apple worked to shrink the size (and price) of the connector housings.

The back of the box shows the Remote Loop in white — probably for illustrative purposes — but it’s currently only available in black. Apple notes that it’s “Compatible with Siri Remote and Apple TV Remote,” indicating the different names for the new Apple TV’s remote in countries with and without Siri support. No instructions or warranty details are to be found in the box; the back points you to Apple’s web site for more information.

Beyond the Wii’s fabric remote strap, Apple’s inspiration for the Remote Loop was clearly the iPod touch Loop, a somewhat flimsy-feeling pack-in that enabled some fifth-generation iPod touches to be wrist-carried like cameras. The Remote Loop appears to be made from the same material, but it’s a little thicker, and more substantial-feeling thanks to the plastic and metal connector at the top. It clicks into place when connected to the Siri Remote, and doesn’t feel like it’s coming loose unless you press the release buttons inwards.

If the Wii controller provides any guidance, it shouldn’t be too long until we see rubber cases for the Siri Remote… oh, wait, they already exist (Griffin’s Survivor Play and Ozaki’s O!Coat), and sell for $20 each. Because of course they do.