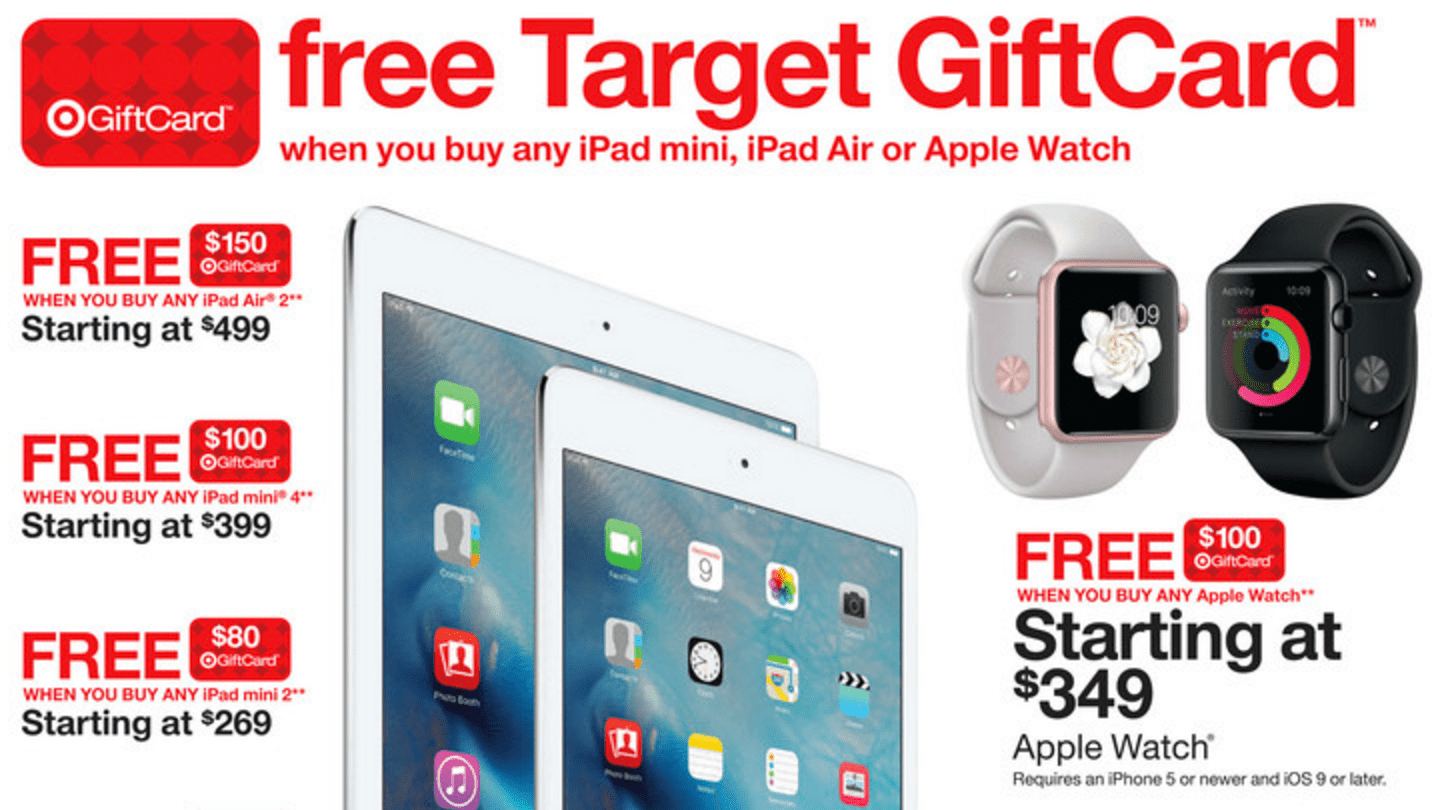 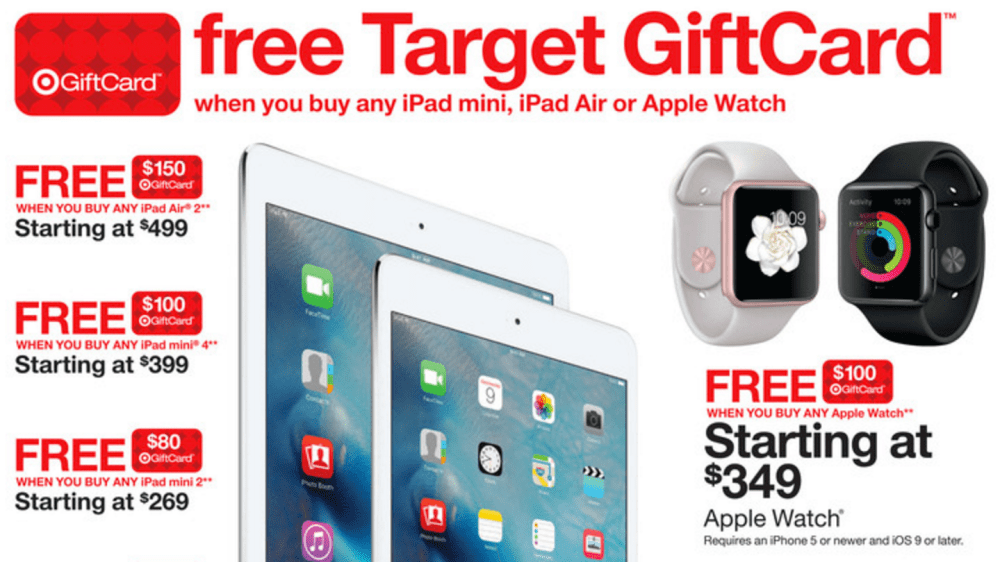 Believe it or not, we’re only a little over two weeks away from Black Friday. Over at 9to5Toys we’ve been tracking a steady stream of Black Friday ad leaks, reveals, and news since last month. While we haven’t seen every retailers’ deals yet, we have seen enough to get a good idea of what types of discounts top Apple products will be getting this holiday season: 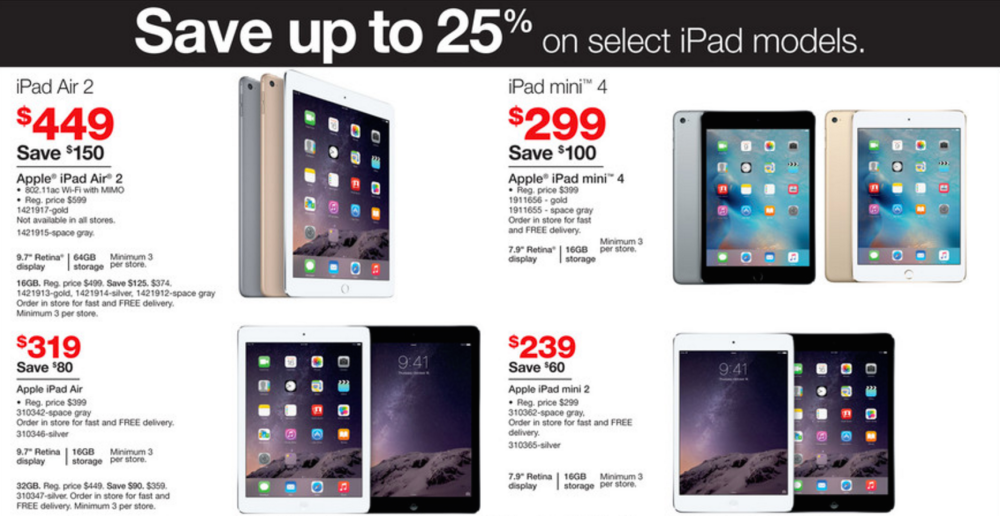 Those of you looking for a deal on Apple Watch will want to shop at Target. Every model of Apple’s smartwatch will come with a free $100 gift card. On the 38mm Apple Watch Sport that’s an effective savings of nearly 30%.

iPhone 6s/Plus are also set to be discounted. Sam’s Club will take $100 off both models when purchased on a 2-year contract or include a free $200 gift card on an installment plan. Target offers a $50 discount on contract pricing or a free $250 gift card for installment plans. Don’t feel like dealing with Black Friday crowds? T-Mobile has iPhone 6s/Plus available right now for $100 below retail.

If you’re planning to take advantage of any deals from Staples, make sure you snag this gift card at 15% off to save even more.

We haven’t seen any MacBook deals yet, but that should change (Update: Now live!) and MacMall’s Black Friday ads.