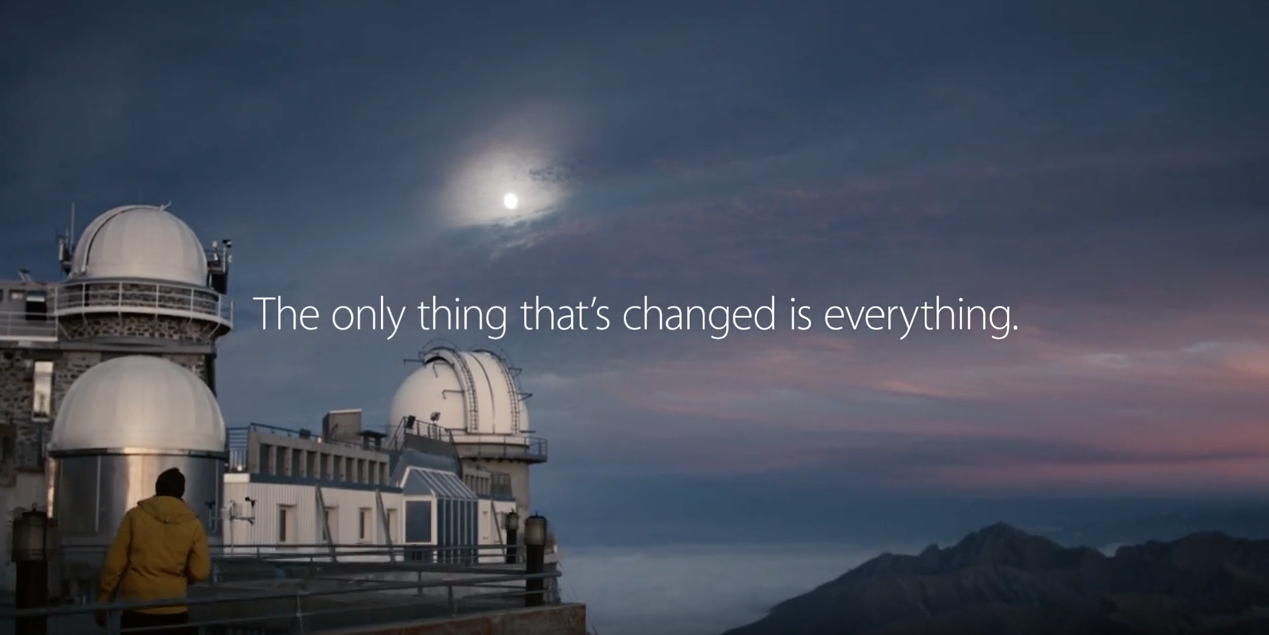 Apple today has debuted two new TV ads for the iPhone 6s and iPhone 6s Plus. These ads come just a week after the company unveiled its new holiday ad featuring Stevie Wonder and Andra Day. The two new iPhone ads are entitled “Hey Siri” and “Ridiculously Powerful,” and focus on exactly what you would expect them to.

“Hey Siri” centers around the iPhone’s support for always-listening support for Siri. The ad shows a variety of different use cases for the feature, including asking Siri for restaurant recommendations, trivia questions, to play a song, and much more. Apple continues to use its “The only thing that’s changed is everything” tagline with this ad.

The second ad, called “Ridiculously Powerful” is a 1-minute long spot that showcases the improved performance of iPhone 6s and iPhone 6s Plus. The ad showcases a variety of third-party apps, as well as Apple’s own apps like Garageband and iMovie. Apple even showcases professional gamers competing in ESport tournaments using iPhone. The ad also touts that the improved A9 chip found in the iPhone 6s and 6s Plus improves performance across the board, including every day tasks like iMessaging, Mail, and Maps.

Both of Apple’s new iPhone 6s and iPhone 6s Plus ads can be seen below. “Hey Siri” is a 30-second spot, while “Ridiculously Powerful” is a 1-minute clip.