Opinion: These 5 things made me a happy iPad Pro convert 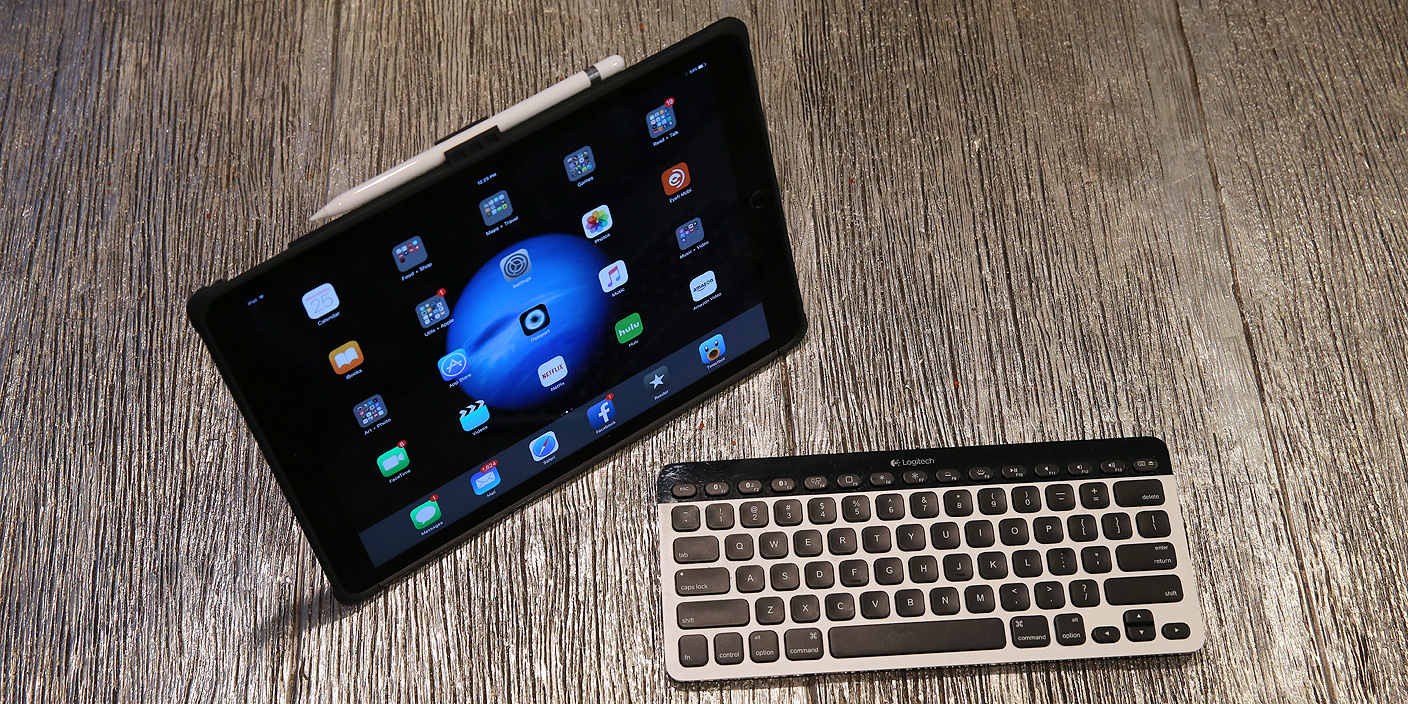 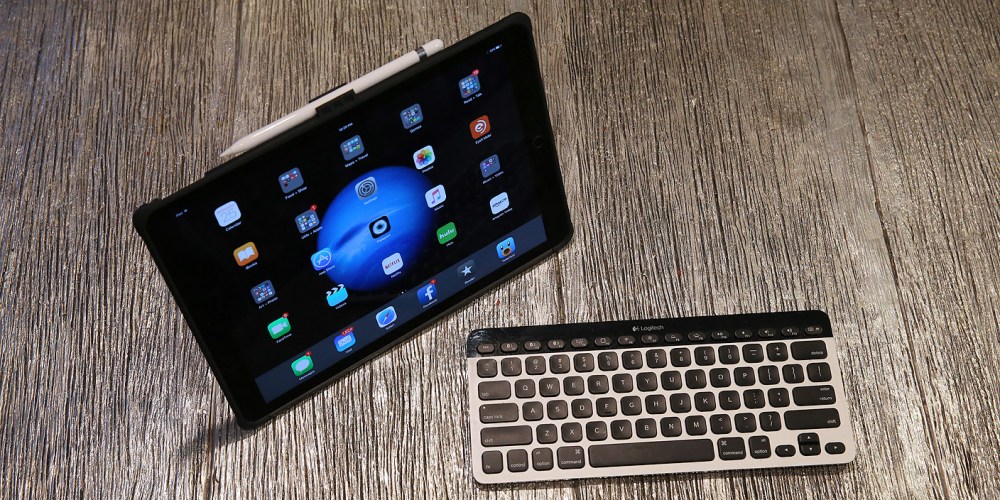 As you may know from my prior opinion piece on the iPad Pro, I was on the fence about keeping Apple’s new 12.9″ tablet. One of our editors has loved his Pro since day one, another returned his after a week of testing, and a third effectively consigned his to Netflix duty. Up until the Pro came out, I was a very satisfied iPad Air 2 user, so I didn’t feel like I needed a bigger device.

But after three weeks with my iPad Pro, several things have changed my mind, and I’m officially a happy convert to the larger tablet. Moreover, I have no intention of going back to the smaller iPad Air or iPad mini form factors any time soon. Here are the five things that made a big difference to me… 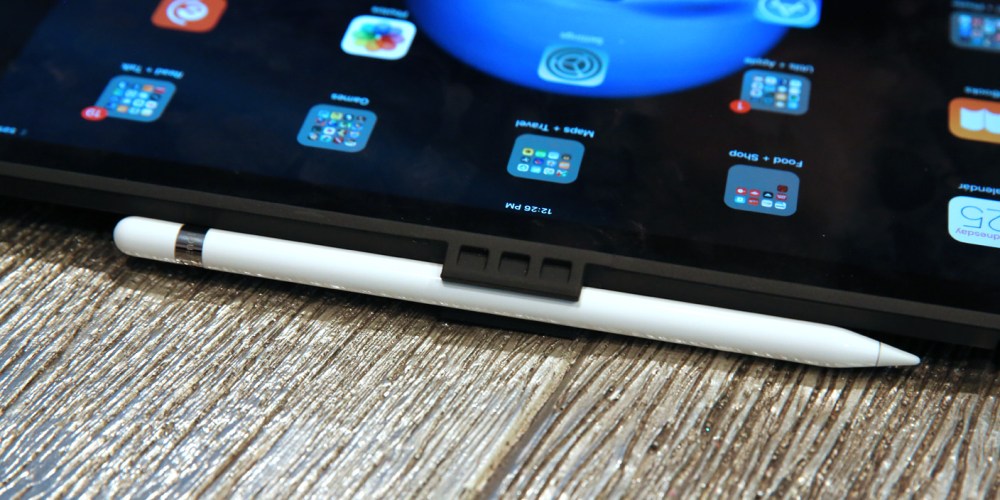 1. Apple Pencil. Apple’s first iPad stylus, Apple Pencil, is very close to awesome — better overall than any of the dozens of styluses I’ve tested for earlier iPads, and a joy to use for writing notes, sketching, and drawing. Assisted by iOS Notes and third-party apps such as Procreate, the pressure- and orientation-sensitive stylus does a truly wonderful job of accurately representing the motions and imperfections of both handwriting and analog marking tools. While an accessory named “Pencil” could certainly stand to include an eraser, and its battery life isn’t fantastic, I otherwise love this stylus, and consider it essential to my iPad experience. Unfortunately, it’s still extremely hard to find, but available on eBay and through Amazon Marketplace sellers. 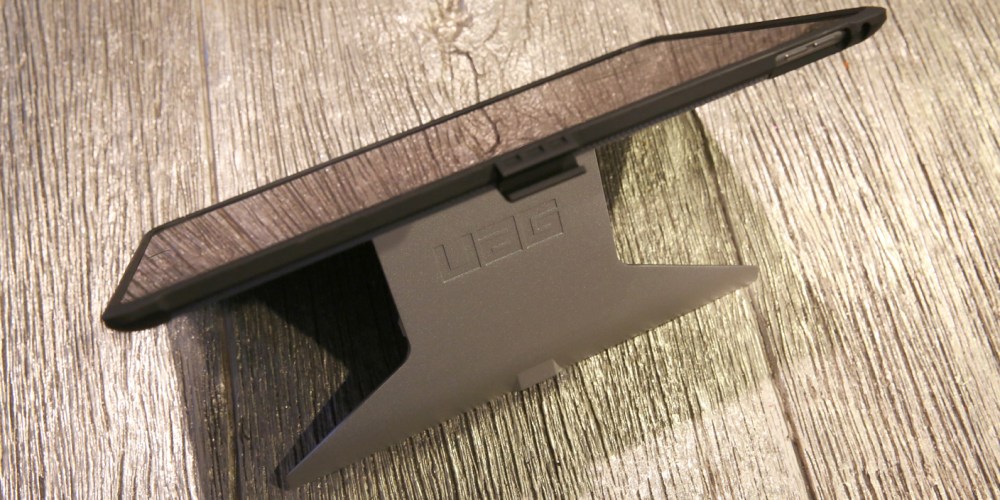 2. The Right Stand/Case. My first week with the iPad Pro was marked by daily struggles to prop up and hold the 12.9″ tablet for extended periods of time, and made more awkward because I was relying on the wrong stand and case combination (Logitech’s Create). I discovered that turning the iPad Pro into a bulky, cheap-feeling laptop killed the enthusiasm I had for its “tablet-plus” functionality. So I initially solved the stand problem by switching to Just Mobile’s Encore, which works with all iPads, then found a great combination iPad Pro stand and case in Urban Armor Gear’s Composite Case, which I’ve been using and loving. Being able to carry the iPad Pro and Apple Pencil together, with the benefit of an as-needed stand, makes the large tablet experience leagues better; pairing it whenever necessary with a Logitech K811 Keyboard is perfect for long-form typing. 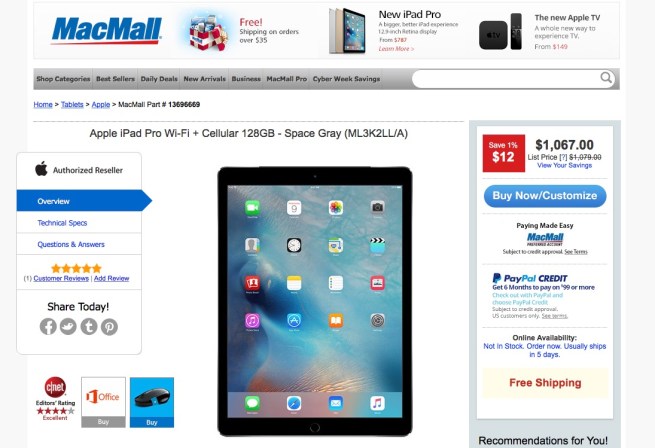 3. Finding A Better Price. Apple’s $499/$599/$699 pricing strategy for the original iPad was smart, presenting a major new product with an affordable option from day one (while incentivizing upgrades); the same strategy helped the iPad mini and iPad Air roar out of the gate. By comparison, Apple’s iPad Pro pricing feels somewhat exclusive: the $799, $949 and $1,079 models are all outside “impulse buy” territory for casual users, and may seem a little expensive compared with Apple’s fuller-featured laptops or earlier tablets. But if you can get the Pro at a discount, it’s harder to pass up.

The Apple Store’s holiday return policy entitles you to bring back your iPad Pro through early January for any reason, so even if you already have an iPad Pro, you can still save money if you find a better price elsewhere. I was able to score a rare Cyber Monday deal to lower my iPad Pro’s price, and though it’s expired, you can save some cash (particularly on sales tax) through a third-party vendor such as MacMall; coupon code MWBCJ9TO5MAC will help you save at least $25 off Apple’s standard prices, plus a state- and iPad model-specific sales tax savings of $70 to $100. 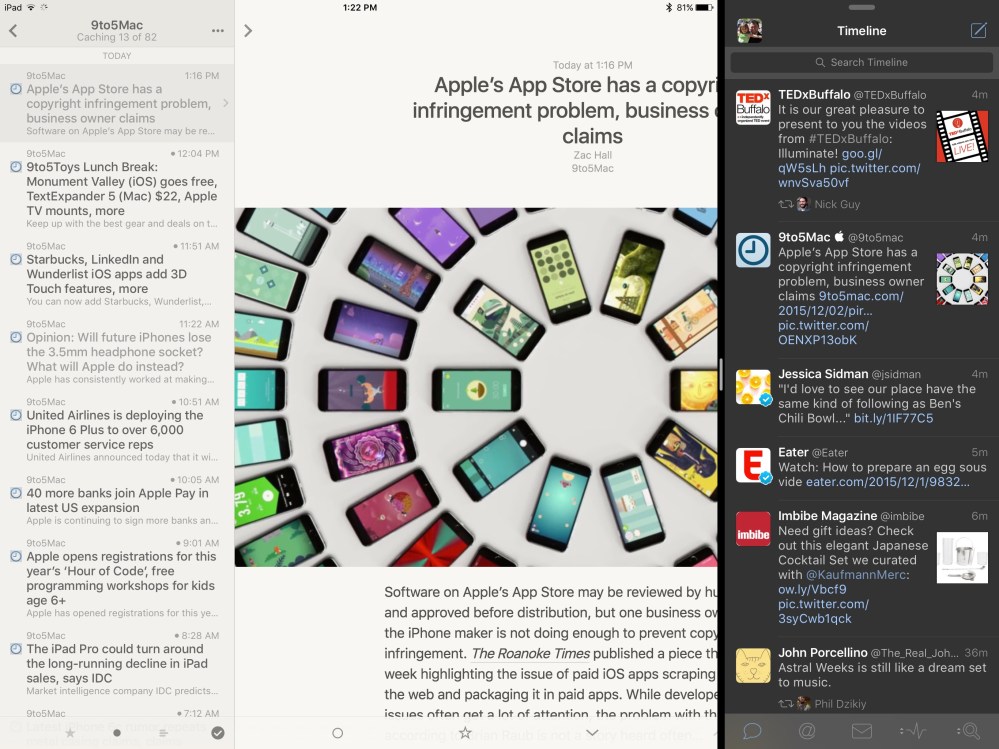 4. Getting Updated Apps. It’s probably not surprising that there weren’t many iPad Pro apps ready on launch day, given that Apple released it with so little advance notice to developers. The initial selection of apps with either iPad Pro resolution support, or split-screen support, was seriously disappointing. But each time an app adds support for the iPad Pro, particularly split-screen functionality, the Pro becomes more useful, and I like it more. Some of Apple’s built-in iOS apps, including Messages, are absolutely essential to use in split-screen rather than full-screen mode. I’ve enjoyed using Reeder 3 and Tweetbot 4, both of which have been updated for the Pro. But other third-party apps really could benefit from Pro updates; I’m anxiously awaiting Facebook and YouTube updates, and other tweaks so that my most-used apps can share the big screen at once. 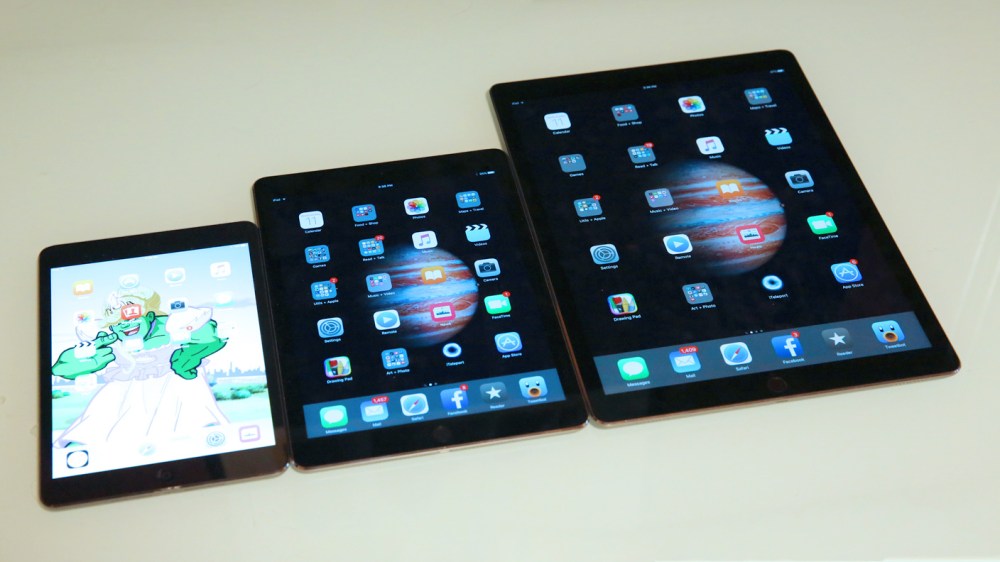 5. Discarding Some iPad Air/mini Conceptions. One of the things that changed was me. Like anybody who’s been using iPads and MacBooks for years, I had certain expectations as to how the iPad Pro might function — somewhere inbetween them, hopefully as a replacement for both of them. But for me, the iPad Pro turned out to just be a more capable iPad, solely a replacement for my iPad Air 2. Once I decided that I was going to stop using the iPad Air 2, I began to figure out workarounds for some of the challenges created by the larger Pro’s form factor. Knowing that I wanted to make it work for the long term, rather than as a temporary replacement for the iPad Air 2, really changed my enjoyment of the device.

I’m not going to tell you that the iPad Pro’s perfect — the overly large, poorly-designed virtual keyboards remain a sore point for me, and many other parts of iOS 9 feel either underpolished or downright ignored for the 12.9″ screen. But the more I use this tablet, the more I would feel comfortable recommending it as an alternative to a 9.7″ iPad; perhaps in time it will be worthy of recommending over a MacBook, as well.