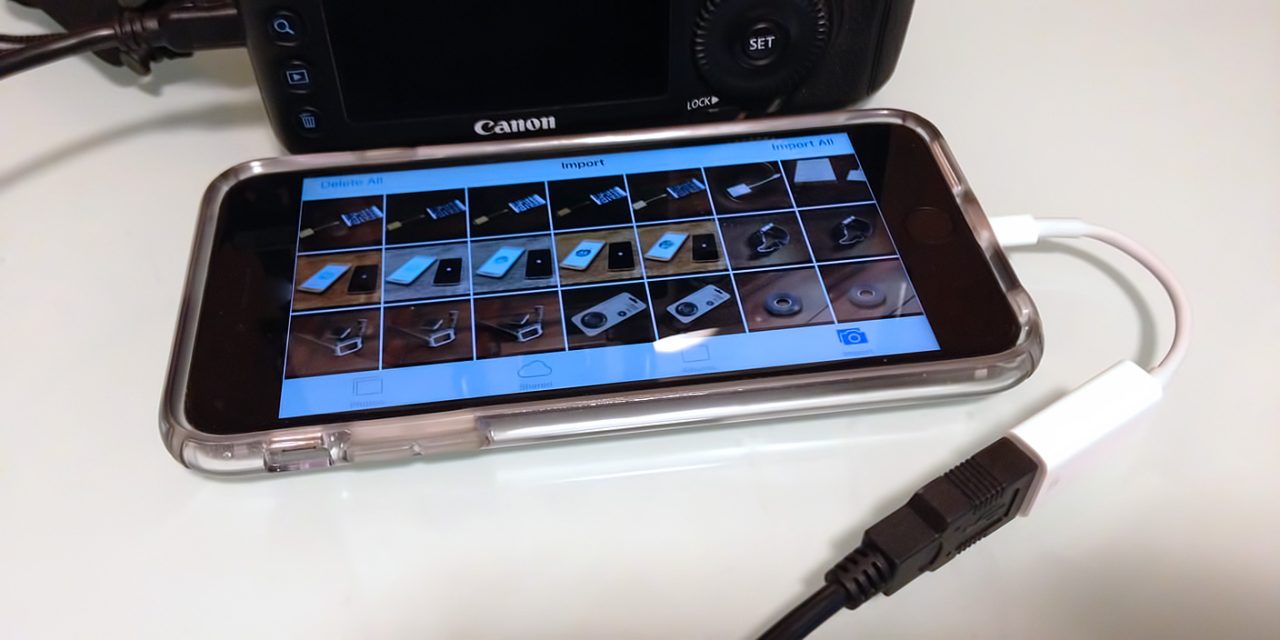 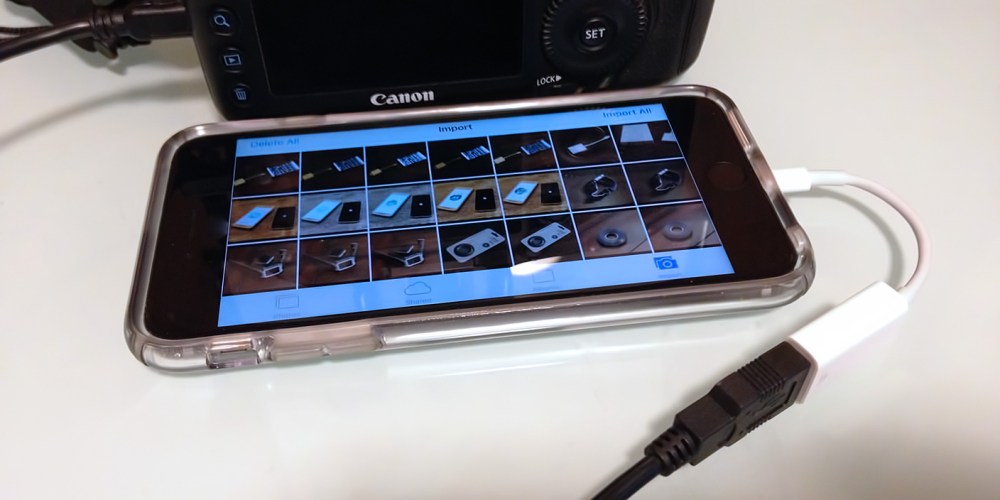 Two weeks after quietly updating the Lightning to SD Card Camera Reader to USB 3.0 and adding iPhone support to the formerly iPad-only accessory, Apple is signaling that similar changes may be coming to its cousin, the Lightning to USB Camera Adapter. Notably, Apple has updated the USB Camera Adapter’s official page to add support for the iPhone 5, 5c, 5s, 6, 6 Plus, 6s, and 6s Plus, mirroring a change to the SD Card Camera Reader that was discovered alongside iOS 9.2. Though iPhone compatibility was added in iOS 9.2, Apple previously left the USB Camera Adapter’s page unchanged.

Originally released in late 2012, the USB Camera Adapter consists of a male Lightning plug and a female full-sized USB port, enabling camera users with USB cables to transfer photos and videos to iPads without the need for SD cards — useful for DSLR owners with CompactFlash, Memory Stick, and other non-SD formats. Some versions of iOS also allowed the USB Camera Adapter to connect USB microphones and keyboards to iPads, though Apple later withdrew the support, apparently due to the potential for excessive iPad battery drain.

Unlike the SD Card Camera Reader, which was replaced with a USB 3.0 version that looks nearly identical yet runs slightly faster when used with the iPad Pro, there doesn’t yet appear to be a USB 3.0 version of the USB Camera Adapter. The original model carried a MD821ZM/A part number, and is currently listed as “discontinued by manufacturer” on Amazon.com, having apparently been swapped earlier this year; the current version sold by Apple and Amazon has an MD821AM/A part number, with customer reviews starting in late November. We’ve confirmed that the older MD821ZM/A model now works as a camera adapter with iPhones. 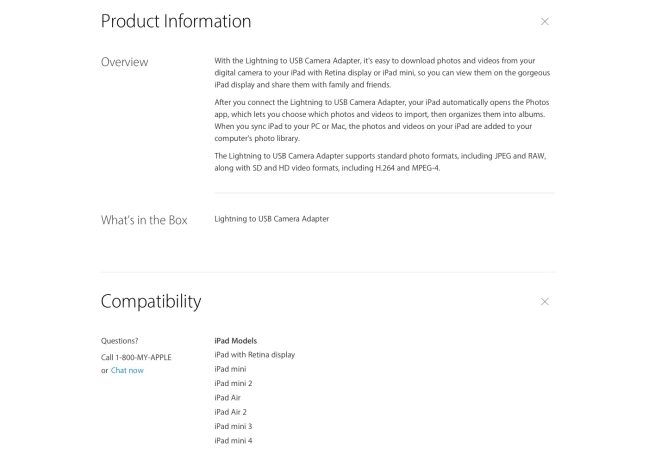 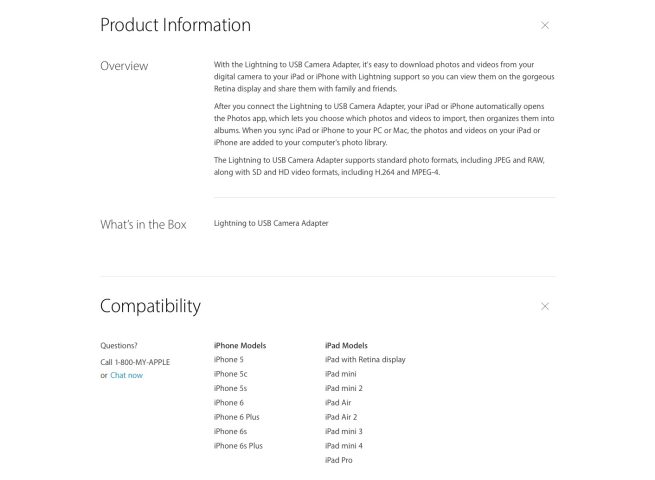