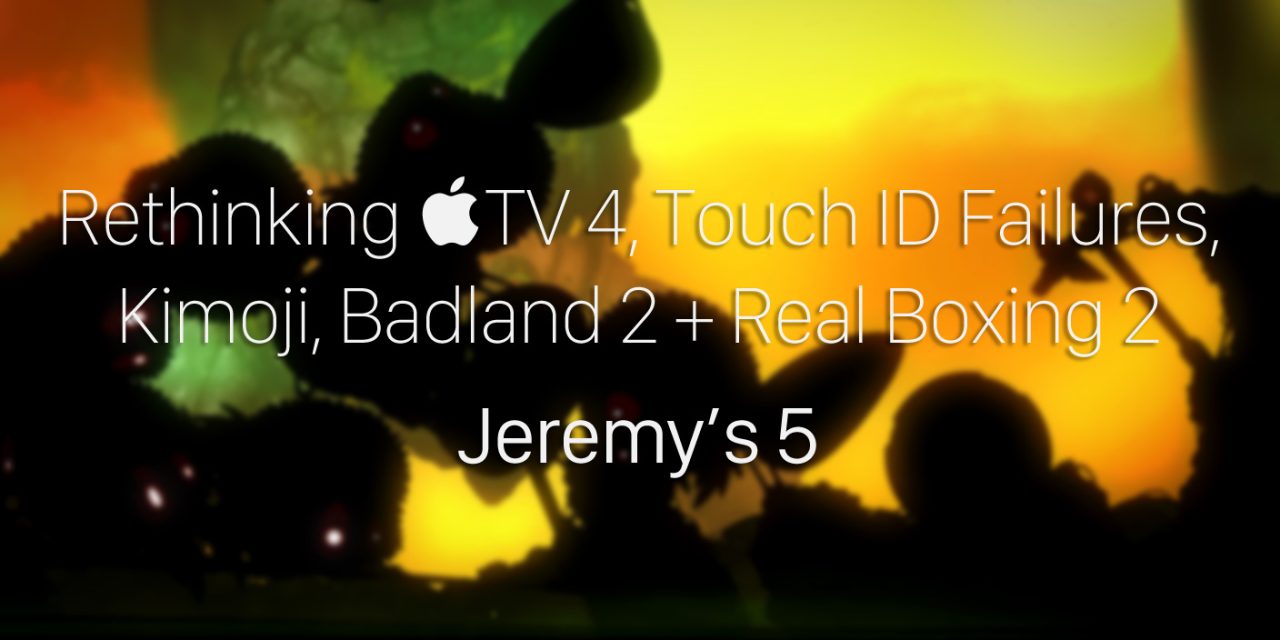 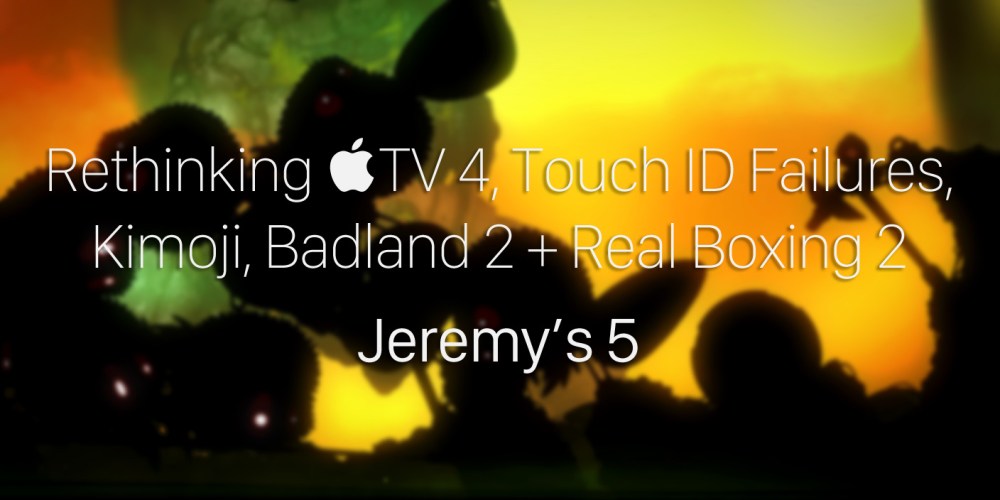 1. Rethinking Apple’s 4th-Gen Apple TV. As 2015 draws to a close, I wanted to revisit an editorial I wrote back in October, “Apple’s fourth-gen Apple TV will be worth the $149 gamble.” The editorial’s bullish recommendation was that the new device was a safe long-term bet, though it would likely have a somewhat rocky launch:

[T]he next year will be a wild ride for early adopters, though I do think the first two or three months may be somewhat chaotic as developers rush to get their hastily-completed apps and games into the Apple TV App Store. 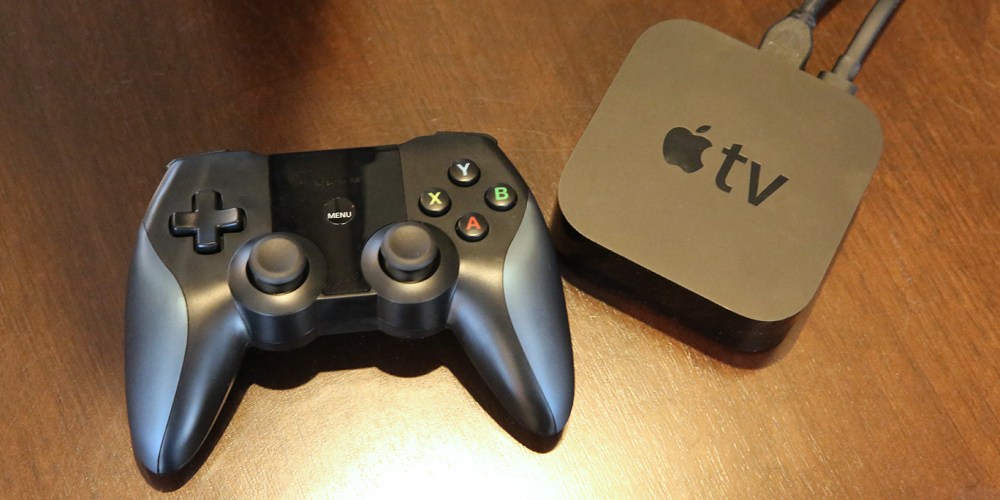 By contrast, my colleague Chance Miller was bearish, opining two weeks after the Apple TV’s release that the price and app quality made it a “risky upgrade from the prior model.” Chance recommended sticking with the older $69 version until apps improved and/or an Apple cable TV streaming service launched.

Although I use the new Apple TV every day, I’ve thought about Chance’s take quite a few times, because our Apple TV 4 is used mostly like our prior Apple TV 3: for playing videos. Ever since the Apple TV App Store opened, I’ve been actively hunting for “great” apps, but apart from new video channels — too many of which are locked behind cable subscriptions — I’ve found very few non-gaming downloads worth keeping on the device. Another way to put this is that if you’re not a gamer, the Apple TV 4 is certainly not a must-buy right now.

Games are a different story. As of today, there are a handful of compelling Apple TV games, including Geometry Wars 3, Oceanhorn, and Lumino City, while the accessory-required Guitar Hero Live is also remarkably popular. For better or worse, virtually all of them are ports of existing iPhone and iPad games. There are two huge positives to this: you can instantly pick up on your Apple TV where you left off on your smaller device, and your iOS purchase gives you immediate (free) access to the Apple TV version. But thus far, you have little incentive — apart from seeing games on a larger screen — to play heavily on the Apple TV itself, and unless you have a Bluetooth game controller, you probably won’t want to use the Siri Remote for gaming. It stinks.

My nightstand is currently loaded with Apple TV accessories: a Bluetooth game controller, a pair of wireless headphones for quiet listening, a headphone stand, and a charging dock that alternates between refueling my Siri Remote and iPhone. Right now, it’s comforting that all of these accessories can also be used with my iPad and iPhone. I remain optimistic that the Apple TV will soon be making equally good use of them, as well. 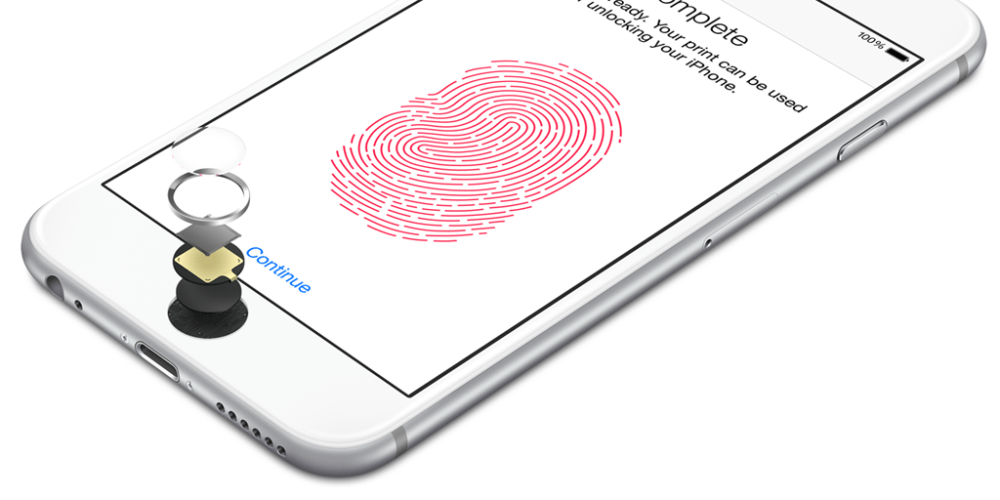 2. Has Your Touch ID Sensor Failed? Don’t Use iTunes To Update iOS! I’ve been pretty lucky with iPhones over the years — partial or complete hardware failures have thankfully been rare. But I ran into a new situation this past week that shows how one small (and arguably trivial) broken piece can completely destroy your ability to use a recent iPhone or iPad.

Just after my wife’s iPhone 6 warranty ran out, her Touch ID sensor stopped working — it started reading slowly, then stopped reading entirely, erased her stored fingerprints, and refused to store new ones. She wasn’t thrilled to lose Apple Pay access, but willing to live with the issue until her next iPhone upgrade. Over the course of the next few weeks, however, we learned that a failure of the Touch ID sensor actually creates bigger issues for an iOS device than just removing fingerprint scanning.

When iOS 9.2 came out, we discovered that she couldn’t do an over-the-air iOS software update on her phone; it repeatedly failed without explanation. Then, we made the mistake of trying to use iTunes to update the iPhone. iTunes got 50% of the way through the “verifying” stage before failing, and completely bricking the phone, which at that point couldn’t be revived or moved past the “Connect to iTunes” screen. An “Error 53” in iTunes identified the issue as Touch ID-specific, without providing any fix. At that point, your only real alternative is to pay to have the iPhone (or iPad, if that’s your Touch ID device) replaced.

People who have tried to replace their Touch ID sensors using third-party repair services have discovered that it’s not easy — each Touch ID sensor is tied to the specific CPU inside an iPhone, so if Touch ID fails, and you want to keep upgrading your iPhone, you’ll need to replace the entire logic board, a prohibitively costly option. (I would imagine that attorneys are already working on the class action lawsuit for this, if it hasn’t been filed already.) Your other replacement alternative is AppleCare+, which isn’t cheap. But if you want to just keep using your phone without Touch ID, my advice is simple: avoid using iTunes to update iOS.

3. Kimoji (Seriously) May Be The Start Of Something Bigger. Building on emoji — the little smiley face, heart, unicorn, pizza, and taco icons found in iOS’s alternate picture keyboard — Kim Kardashian’s latest app, Kimoji ($2), raced to the top of the App Store’s “Top Paid Apps” charts the day it was released. Kim claimed that she broke the App Store, and Apple, uncharacteristically, responded with a denial. Today, Kimoji is the App Store’s #4 paid app, behind Minecraft, Minecraft: Story Mode, and a party game called Heads Up! — it’s also the only non-game app in the top 10. Is there a reason for its success, apart from Kardashian’s popularity?

Yes. I give Kim and developer Whalerock Digital Media credit for capitalizing on something that’s become apparent over the past year: people love new emoji. Believe it or not, readers have shown more interest in new emoji additions to iOS than pretty much any other individual feature Apple has added over the past year or two. By including some racy content, Kimoji goes further than other new emoji apps for iPhones and iPads, which are comparatively tame.

For a variety of reasons, third-party “emoji” apps need to rely on a hack: they include images that you paste into text entry fields, and send just like picture messages. But as Kimoji demonstrates, having handy access to more images can actually be fun, particularly if you want to exchange those images with friends or family who appreciate icons such as suggestive fruits, fancy cars, and rainbow hearts. In 2016, I would be surprised if we didn’t see other celebrities, particularly musicians (say, Snoop Dogg), follow in Kim’s footsteps. 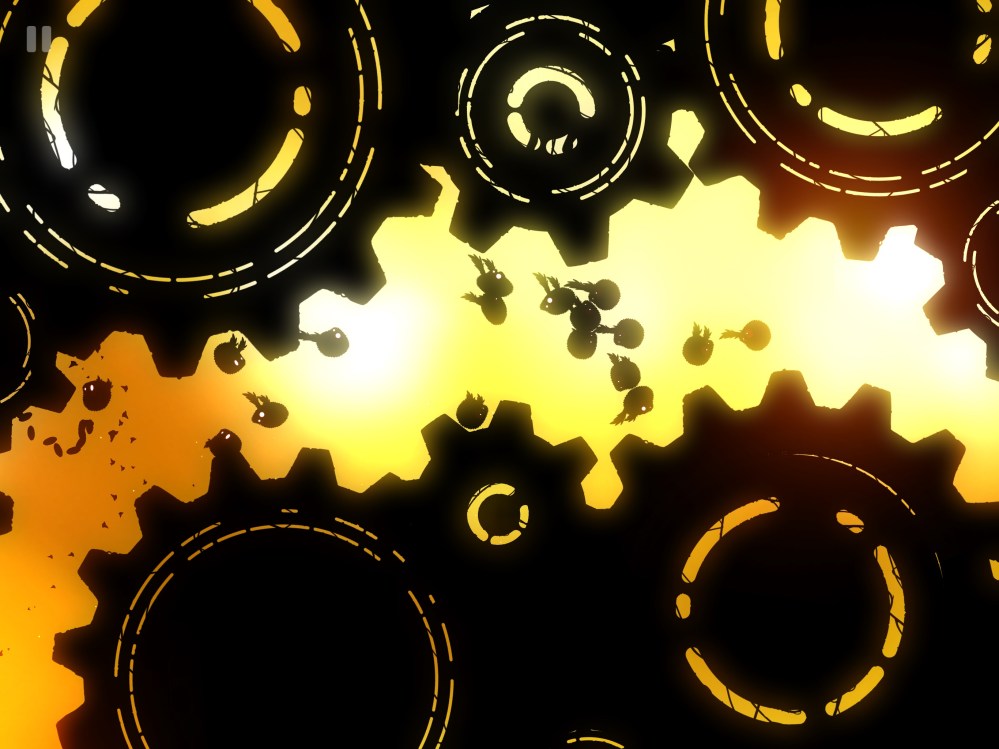 4. Badland 2. For years, Apple has been encouraging iOS developers to release games that are beautiful and easy to control using a touchscreen. That’s why the side-scrolling adventure game Badland won an Apple Design Award two years ago; it was gorgeous and simple. Using only one button — “move” — you could maneuver a furry, flying little ball through a variety of comically deadly environments. All of the characters and obstacles were rendered in highly detailed but jet black silhouettes, contrasting with rich, colorful backgrounds.

The just-released sequel Badland 2 ($5) preserves the original game’s formula, but quickly ups the ante with new elemental hazards such as liquids, flames, frost, and light, all including improved special effects. A new two-button control scheme (“move left,” “move right”) lets you explore crazier, twisting level designs, with 3D Touch support for the latest iPhones that can make your character’s wing-flapping a little more precise. While many of the core gameplay elements feel familiar, they’ve been made more fun (and random) by cranking up the number of objects on screen at once: it’s common to take control of dozens of clones simultaneously, only to see (most of them) shredded in the gears of machines, or squashed between compacting walls; if only one survives, it gets to continue on. Badland 2 is worth seeing if you appreciate simple controls, dark humor, and rugged, industrial art. 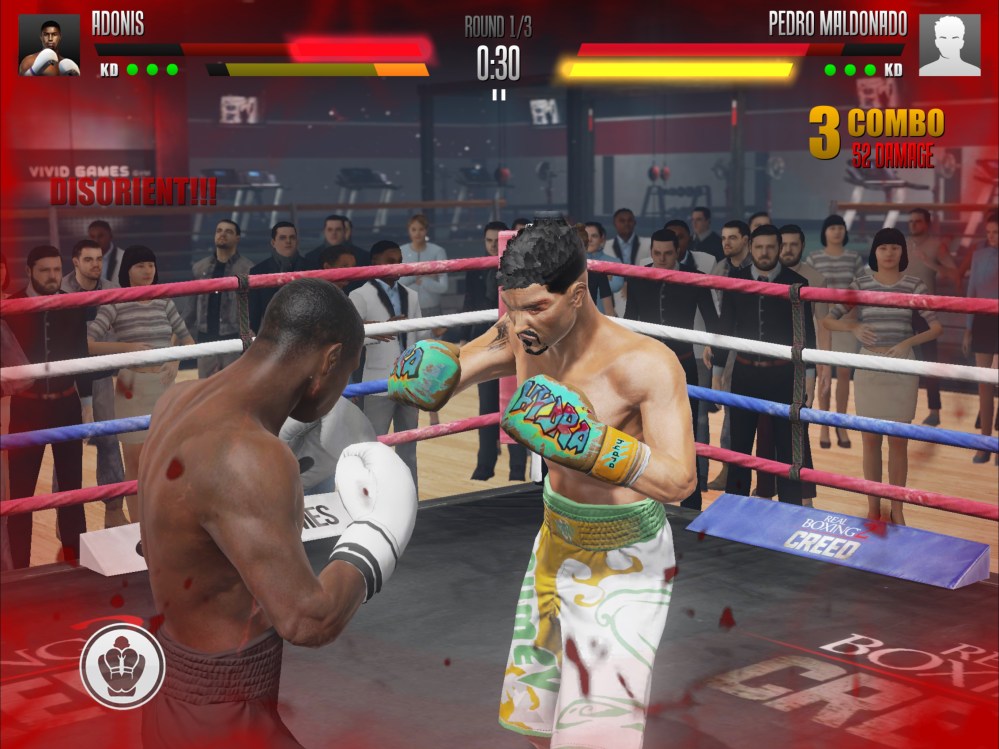 5. Real Boxing 2 CREED. The original Real Boxing was the best-looking and -playing boxing game released for iOS. But the sequel, featuring improved graphics and tie-ins from the latest Rocky movie, is even better. Released in November and recently updated with new bosses and gifts, Real Boxing 2 CREED (Free) still lets you completely custom-create a boxer from scratch and take him through a series of training sessions and “career mode” fights. The major change this time is the option to play through the career of Adonis “Creed” Johnson, son of legendary Rocky opponent Apollo Creed; Sylvester Stallone himself shows up as Rocky in training sequences.

If you’re not a boxing fan, the biggest reason to download Real Boxing 2 is to see just what your iOS device is capable of doing. Powered by the console game-building Unreal Engine 4, it features some of the most detailed 3D characters, backgrounds, skin textures and special effects that iPads and iPhones can handle, and the controls are easy to learn, too. While the career mode can get repetitive, online multiplayer modes and one-off challenges are available to keep the game interesting from day to day. Based on the longevity of the original Real Boxing, you can expect lots and lots of new features to be added over the game’s lifetime.