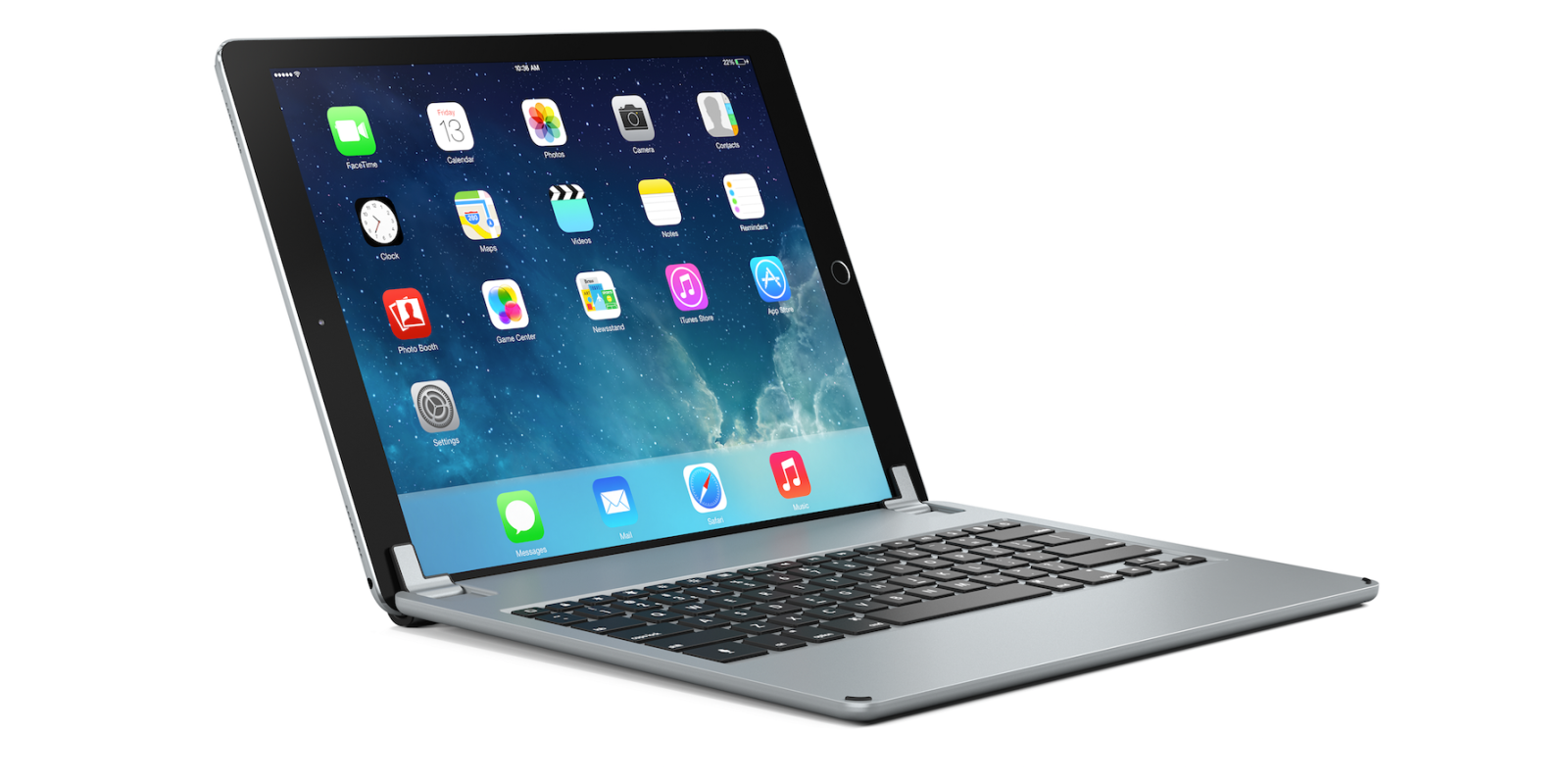 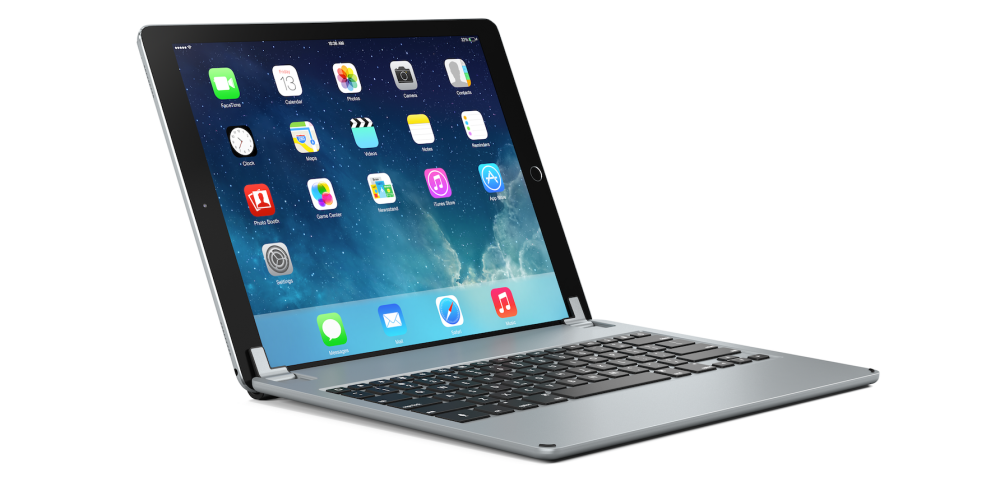 Accessory maker Brydge has today announced a pair of new keyboard accessories for the iPad mini 4 and iPad Pro. The BrydgeMini and BrydgePro are on display at CES this week in Las Vegas and feature a variety of unique capabilities that the company hopes will make them standout from the growing number of keyboard accessories on the market.

Both the BrydgePro and BrydgeMini feature the company’s 180-degree hinge system. This means that the cases can be folded into a laptop-like clamshell position when the device isn’t in use, a rarity for the iPad Pro so far. Brydge’s new offerings are made of 100 percent aluminum and feature backlit keys, as well.

More specifically, the BrydgePro weighs 1.60 lbs, is .27-inches thick, and connects via Bluetooth 4.0 technology. The combined thickness of the iPad Pro and BrydgePro make it thinner than the MacBook Air. The backlit keys also offer varying brightness levels, much like MacBooks.

For the BrydgeMini, the keyboard connects via Bluetooth 3.0. The case comes in at .29-inches thick and .66lbs in weight. The keys are backlit, but at a set level, unlike the BrydgePro which offers varying levels depending on the surrounding environment.

LAS VEGAS, Jan. 4, 2016 /PRNewswire/ — Brydge, the company that has set a new benchmark for iPad keyboards, today officially launched its keyboard lineup for the Apple iPad™ Pro and Apple iPad mini 4. The BrydgePro and BrydgeMini will be on display at CES 2016 at booth #36433 in the South Hall 4 as well as CES Unveiled on Jan. 4 at table #120.

Providing the perfect complement to the iPad, Brydge has engineered its keyboards to maximize the functionality of the iPad while providing the productivity of a MacBook. Following the same award-winning design as previous Brydge models, the BrydgePro and BrydgeMini are equipped with Brydge’s patented 180-degree hinge system, high-grade 100 percent aluminum build, backlit keys, and superb haptic key feel. The new product introduction comes on the heels of Brydge’s recent CES 2016 Innovation Awards Honoree win for the BrydgeMini for iPad mini 1, 2 & 3.

“The iPad Pro is a game-changing device, and as with previous iPad models, is further revolutionizing the way we work, learn and play. The BrydgePro aims to unlock the full potential of the iPad Pro and deliver the perfect blend between iPad and MacBook.” said Nicholas Smith, CEO of Brydge. “The combination of the larger format iPad and BrydgePro has numerous applications, whether it is in the smallest classroom or the largest enterprise. Brydge is dedicated to being the market leader in innovative devices that deliver the ultimate experience in mobility and productivity when working with the iPad.”

BrydgeMini  The BrydgeMini is designed to work with the iPad mini 4 and is precision-engineered to perfectly integrate with those who are looking for the ultimate portable solution. In all, the BrydgeMini offers an unrivalled experience that combines the convenience and functionality of the iPad mini with the productivity of a laptop.

The new keyboards, availability dates and pricing at www.brydgekeyboards.com are as follows:

Brydge will release details of its retail partners who will stock its new keyboard lineup in the coming months.

About Brydge  Brydge has redefined the standard for tablet keyboards. Starting out with one of the most successful Kickstarter campaigns of 2012 and now under new ownership, co-founders Nicholas Smith and Toby Mander-Jones have a vision to turn Brydge into a premium technology brand and global leader in Bluetooth keyboards. In 2014, Brydge launched the highly successful BrydgeAir range, the leading keyboard for the iPad Air 1 & 2, selling to customers in over 180 countries and establishing a core foundation for continued rapid growth. Brydge built on this success when it was named a CES 2016 Innovation Awards Honoree for its recently launched BrydgeMini for iPad mini 1, 2 and 3. For more information please visit www.brydgekeyboards.com, or connect with Brydge on Facebook (www.facebook.com/brydgekeyboards/) or Instagram (https://www.instagram.com/brydgekeyboards/) or Twitter (https://twitter.com/brydgekeyboards).