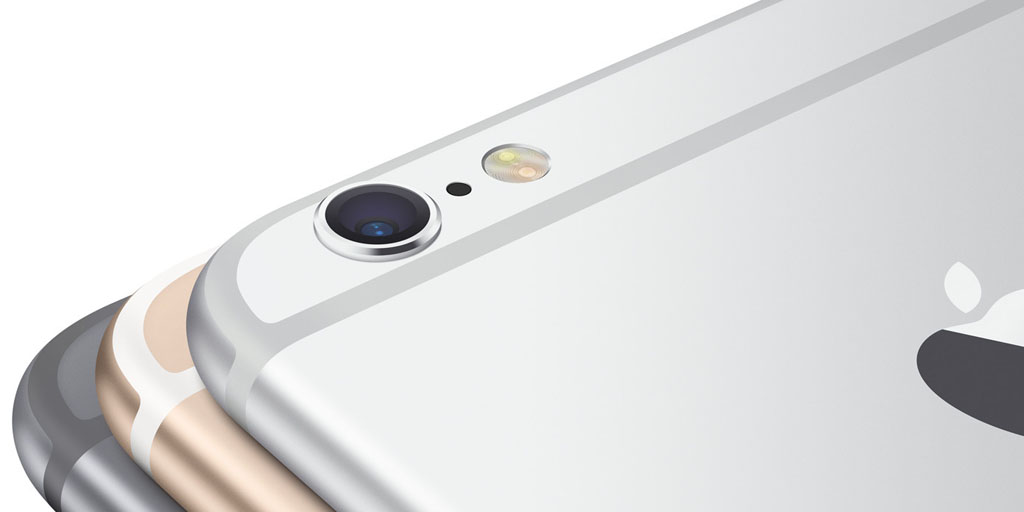 While those of us who would happily trade thinner iPhones for better battery-life may be in the minority, even fans of ultra-thin phones expressed disappointment at the camera bump in the iPhone 6 and 6s. The problem Apple faced is that the laws of physics determine just how thin you can make a sensor and lens arrangement for any given aperture while retaining quality. But a patent application originally filed in 2013, continued last July and granted today could provide a solution.

Instead of the usual flat sensor, the patent describes a ‘spherically curved photosensor’ that would allow the distance between the lens elements and the sensor to be reduced, allowing for a thinner camera module …

The patent describes the conflict you normally get between thin camera modules and image quality.

The advent of small, mobile multipurpose devices such as smartphones and tablet or pad devices has resulted in a need for high-resolution, small form factor cameras for integration in the devices. However, due to limitations of conventional camera technology, conventional small cameras used in such devices tend to capture images at lower resolutions and/or with lower image quality than can be achieved with larger, higher quality cameras.

By making the sensor curved to match the spread of light from the lens array, it can be brought much closer to the rear lens element than would normally be possible. The patent references a similar technique employed in astronomical telescopes. 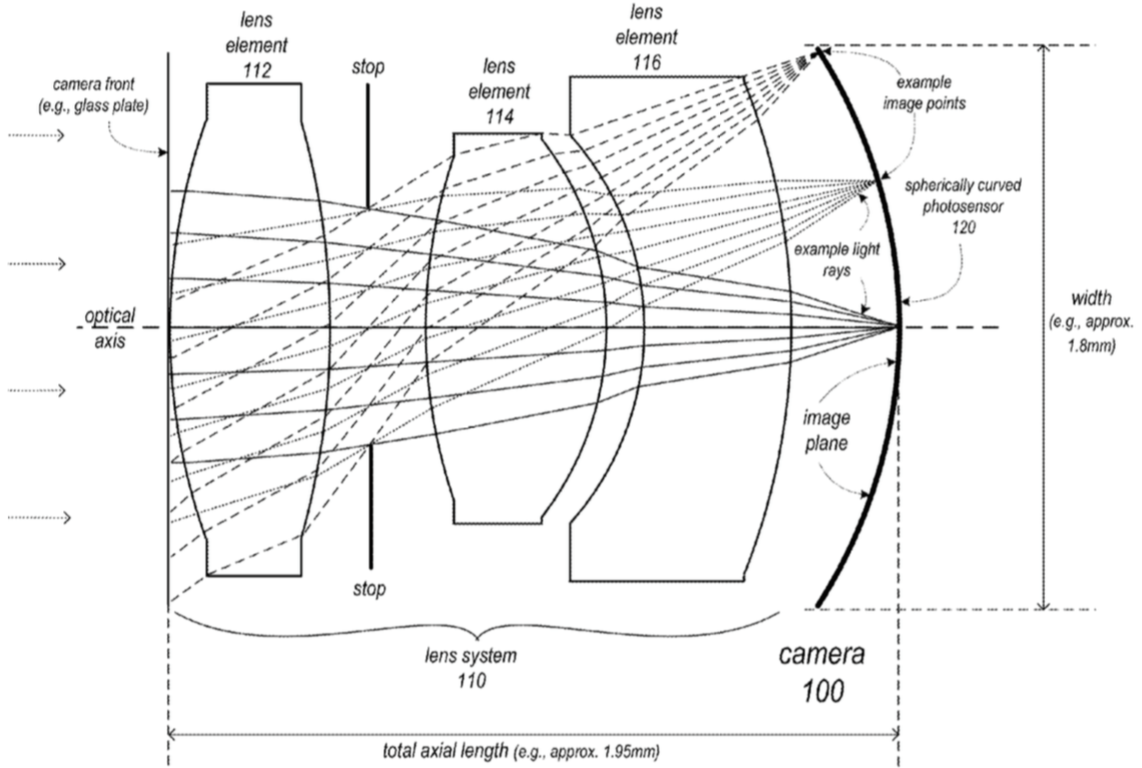 An image captured in this way would normally suffer from a form of distortion known as chromatic aberration, but Apple proposes an additional lens element to correct this.

As always with Apple patents, there is no way to tell whether or not it will ever be used, but given that the camera lens protruding from the iPhone casing must have caused Jony Ive to have sleepless nights, this – or an alternative solution to the problem – seems more likely than not to make it into a future iPhone.