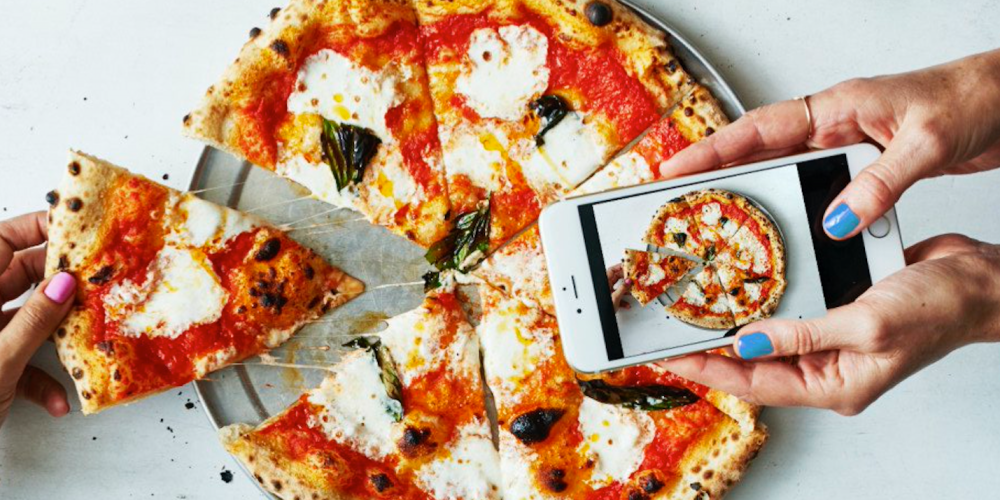 Popular foodie magazine Bon Appétit today revealed that it shot all of the images for its March print issue with an iPhone. The team behind the magazine detailed the process in a post on its website, explaining that instead of using traditional DSLRs like they normally do for print issues, they used iPhones for all of the photography.

Each photographer gave their respective thoughts on the process during an interview, with many of them expressing shock when the decision was revealed to them. Some of them even had to upgrade from older generation iPhones to something more modern. “I needed to upgrade from an iPhone 5 to a 6S, and I had never used anything like it to shoot something for print, so it wasn’t just me putting faith in the phone, but also in the magazine’s idea,” photographer Matt Haas said.

Several of the photographers noted that ditching their traditional camera gear made for a much more liberating experience. Some of them purchased accessories for the iPhone camera, including various lenses, tripod adapters, and even selfie sticks.

One of the photographers, Daymon Gardner, had the following to say on the experience:

“We found an adapter that would click the iPhone onto a tripod. Then, because the iPhone lens is approximately equivalent to a 35 mm lens on a DSLR, we bought a few accessory lenses, one of which made the camera more like a normal lens of around 50 mm. Another was a wide-angle and the third was so good for close-up shots, it would’ve been better suited for taking photos of ants.”

“I’ve been a photographer for about 20 years, and I’ve been through 8×10 cameras, film—you name it. In the past, the bigger and scarier-looking the camera you pulled out, the more intense and professional you looked. Now, you have to let go of the ego you attach to the tool, and the iPhone is the ultimate expression of that.”

While the photographers noted differing opinions on the process in the end, they generally agreed that the iPhone has a more than respectable camera. “I can’t quite accomplish the depth of field that I want, even when I do the thing where you touch the screen on the subject and move the slider up,” Gardner noted. “I still prefer to shoot with my Canon, but Mardi Gras just started here in New Orleans, and I’ll definitely have my iPhone with me.”

Haas expressed similar sentiments. “It’s not like I’m going to start doing all my projects with my cell phone, but now I definitely use it more for Instagram,” he said.

Apple has long touted the camera capabilities of the iPhone. The company launched an award-winning ad campaign focused on the iPhone 6 and iPhone 6 Plus camera, and even brought the campaign back recently for the iPhone 6s. The iPhone 7 is excepted to take Apple even further ahead in the camera space, perhaps even incorporating a dual-camera setup.