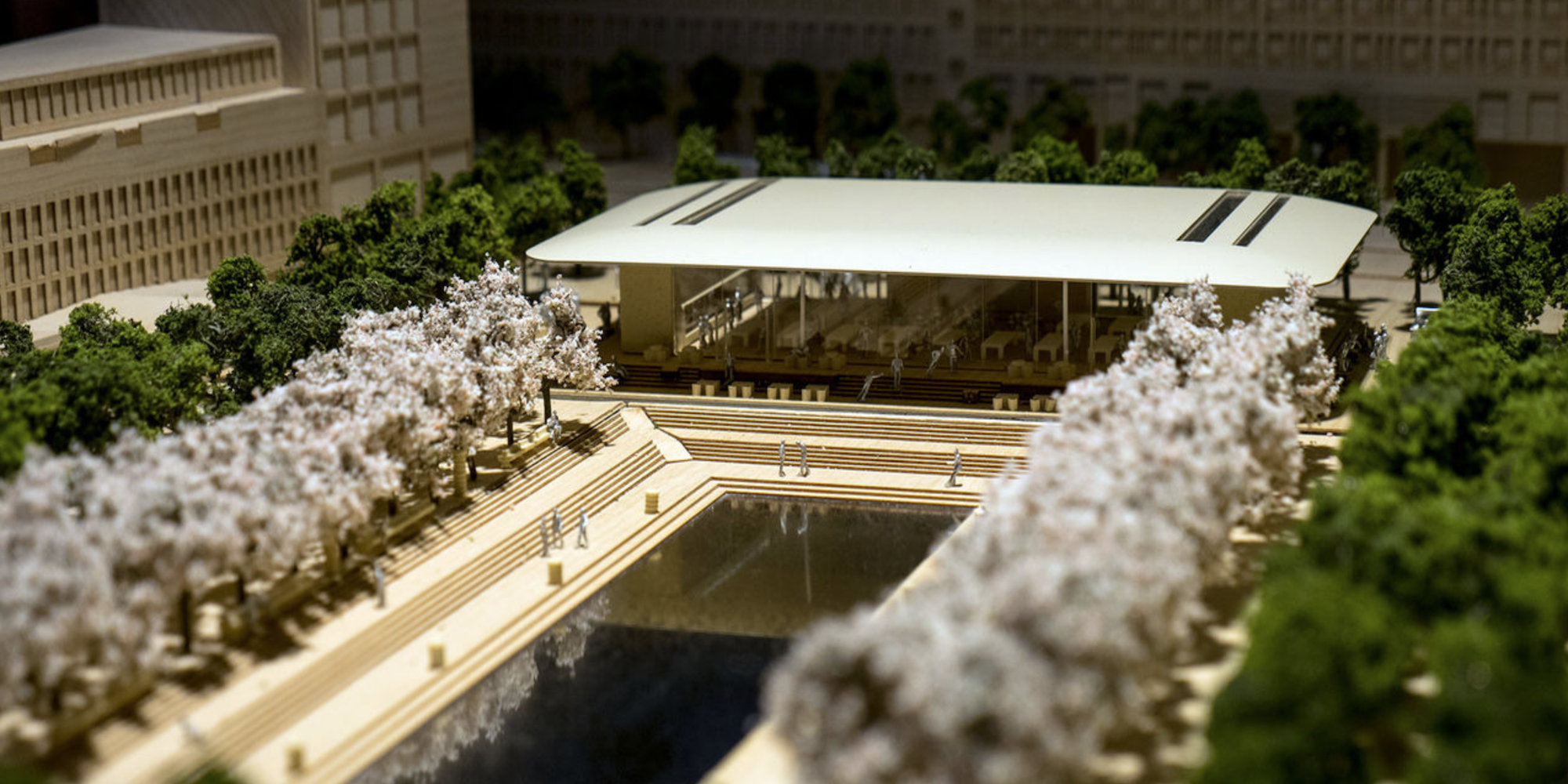 The images and video show Apple’s plan for a single-floor Apple Store layout that isn’t unlike recent Apple Store designs, featuring floor to ceiling glass walls on at least two sides of the store and the usual wood table/demo area layout for products.

A previous report claimed that the store could mirror the design of Apple’s iconic flagship 5th Avenue retail store in New York, but the design presented this week by Apple seems to be closer to its typical store design opposed to something out of the ordinary like the 5th Avenue store’s glass cube entrance and below ground level store.

According the report from earlier this month, Apple is still attempting to work out details of the proposal with government officials in the city with retail head Angela Ahrendts reportedly personally involved in the talks.

One way that the new Stockholm store would be different than the average Apple Store build is that the fact that Apple reportedly plans to also overhaul the surrounding area by rebuilding a fountain and public seating area around the building that could be used by the public full-time even when the store is closed.

Apple currently has three official retail store locations in Sweden — Helsingborg, Väla Centre; Taby, Taby Centrum; and Malmo, Emporia— none of which are located in the country’s capital, Stockholm.

Head below for more shots and video the proposed Stockholm store: