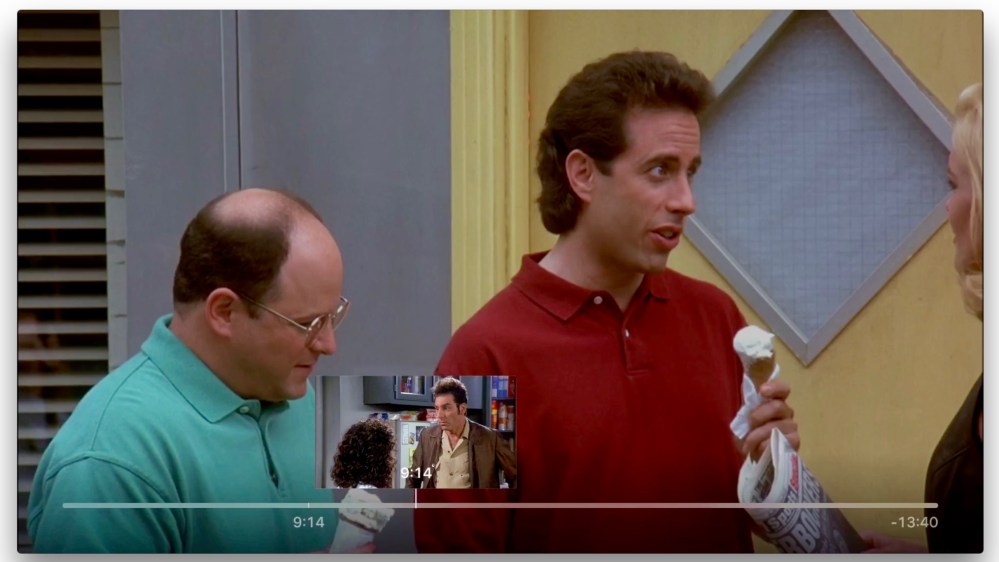 Apple is currently testing a change in how the Siri Remote interacts with the new Apple TV. The change is available on the latest tvOS 9.2 beta, which is expected to be released around next month’s March 15th event. Starting with tvOS 9.2 beta 4, Apple has changed how you scrub through video during playback. Why does that matter? Two reasons:

First, you’ll need to learn how to scrub through video again if you’ve been using the new Apple TV with Siri Remote and gotten familiar with the original method. Discoverability isn’t obvious here so it can be confusing.

Previously, swiping across the Siri Remote’s glass Touch surface during video playback would bring up a preview window, then clicking the Touch surface would jump to that part of the video. Video playback wasn’t totally interrupted unless you clicked, but it was too easy to accidentally bring up the preview window when picking up the Siri Remote and dismissing it was an unnecessary distraction.

Starting with the tvOS 9.2 beta 4 software update, which is currently only available to developers but is expected to be available to all users next month, Apple is changing how scrubbing works. In short, precise video scrubbing with a preview window is only available now when video is paused.

You can still swipe down to summon the menu overlay during video playback, but the requirement to first pause before scrubbing should dramatically cut back on accidental interactions when grabbing the Siri Remote. Clicking either the left or right of the trackpad button still lets you jump backward or forward by various small internals depending on the video service too.

Check out 9to5Mac’s Jeff Benjamin demoing the change to see it in action:

tvOS 9.2 has been in beta since early January and introduces loads of new features including app folders, an iOS 9-style app switcher, Siri search for the App Store, dictation for any text input including email and passwords, complete iCloud Photo Library support, Bluetooth keyboard support, and much more.

The new Apple TV also recently gained app video previews in the App Store, which you can see in action here, and more sources for universal search including Disney.