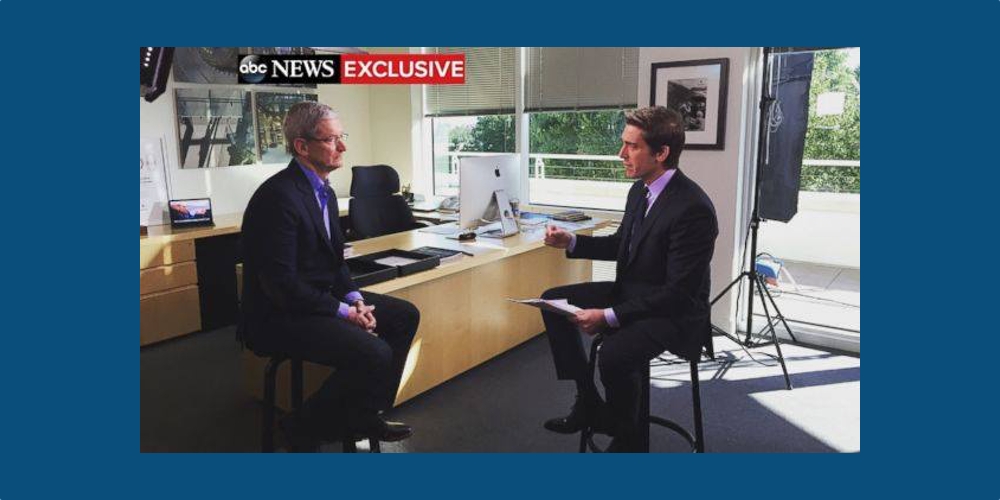 ABC News has announced that Tim Cook will be speaking with World News Tonight host David Muir to discuss the ongoing battle between Apple and the FBI. The interview will no doubt be Apple’s latest move to push its message on privacy forward as it has been at odds with the Department of Justice over strong encryption.

Last week a judge ruled that Apple must unlock an iPhone 5c used by the San Bernardino shooter that the FBI couldn’t access in part because of the lock screen passcode.

Tim Cook promptly responded to the development by publishing an 1,100 word letter to customers on Apple.com, explaining Apple’s belief that complying would set a dangerous precedent and put all customers at risk with weakened security.

Cook and Apple have used ABC News and David Muir interviews as a platform for communication various messages over the years.

World News Tonight with David Muir airs on ABC at 6:30 PM ET, when the interview will be broadcasted. Stay tuned as we’ll update with coverage at that time.