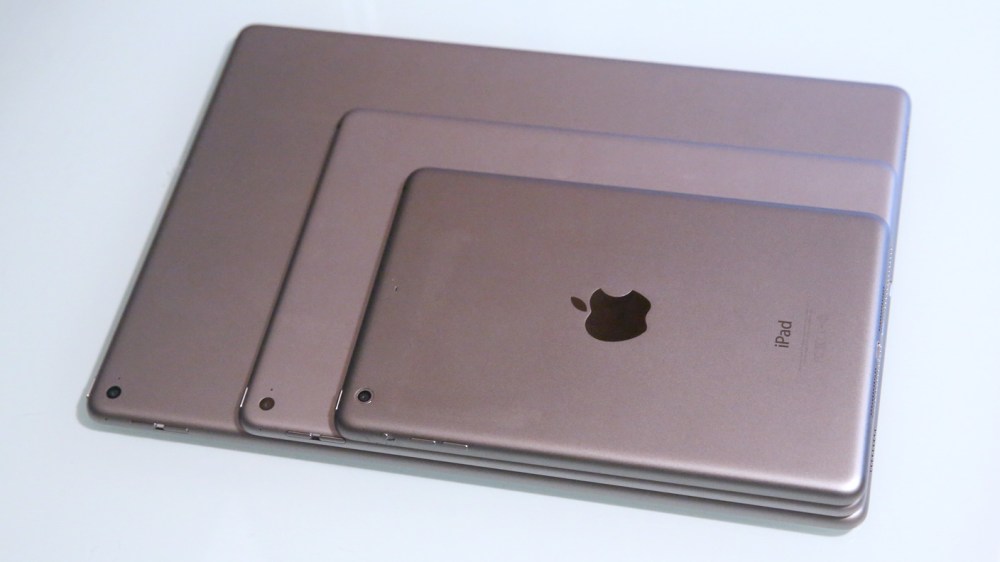 While Apple’s upcoming 9.7-inch iPad Pro will mostly match the 12.9-inch version in terms of functionality, there likely will be one key difference. Internal prototypes of the smaller model include a 12 megapixel rear camera comparable to the sensor in the iPhone 6s, according to sources. The 12.9-inch model that shipped this past November has an eight megapixel rear camera.

Given that the smaller display yields a more portable form-factor, it would make sense for Apple to promote improved photography on its 9.7-inch tablet. The 9.7-inch iPad Pro’s predecessor, the iPad Air 2, includes an eight megapixel rear camera. Like all recent iPad models, the new version will include a FaceTime HD camera on the front above the display. Like the 6s, the 9.7-inch iPad Pro would also record 4K video.

Aside from the upgraded camera, the new 9.7-inch iPad is very much a smaller variant of the 12.9-inch iPad Pro: it includes the A9X processor, screen technology that supports the Apple Pencil, quad speakers, and a Smart Connector. Apple is also readying an optimized Smart Keyboard cover. The new iPad Pro model is also expected to include an updated display that features brightness and anti-glare improvements over the iPad Air 2.

Sources expect the new iPad to debut on March 21st alongside the 4-inch iPhone SE and new Apple Watch models.