Review: Zand, the stand that makes using the iPad at a desk comfortable 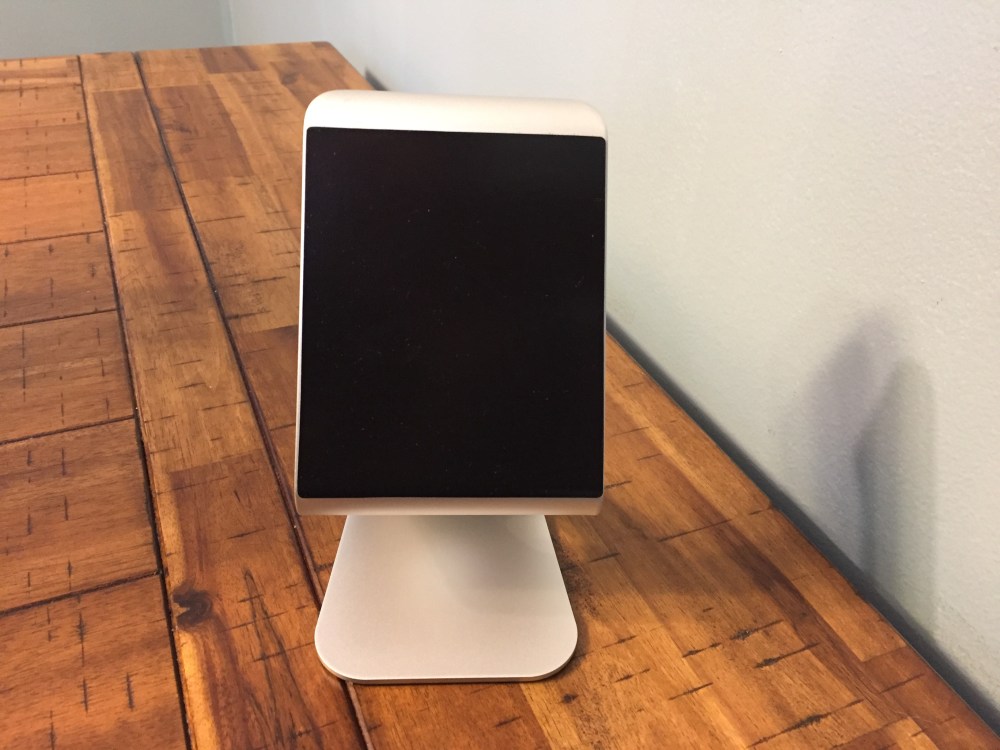 The Zand is a desktop stand designed to be used with the iPad. It is constructed out of brushed aluminum. To use the stand, there’s no adhesives, clamps or hooks used to make the device stick to it. Instead it uses nanoparticle adsorption to keep the iPad in place. 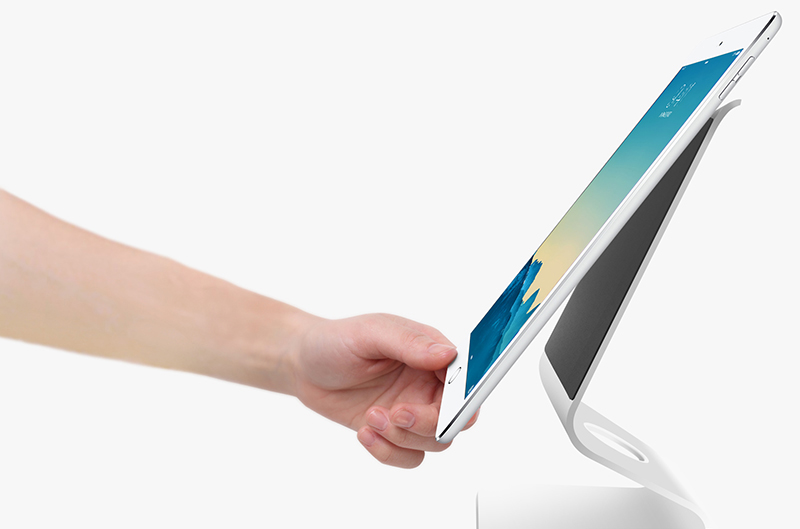 The base of the stand lifts the iPad a couple of inches off of the desk, so that it sits slightly higher at eye level, which makes it easy to see. The base mimics the look and feel (texture wise, obviously it’s a lot lighter at 8.5 oz) of the base of the iMac.

Just like the base of the iMac, there’s a hole on the back for the Lightning cable. Most of the time, I used the Zand in the upright mode so I was able to use Duet Display (review here) on my iPad mini and MacBook Air. 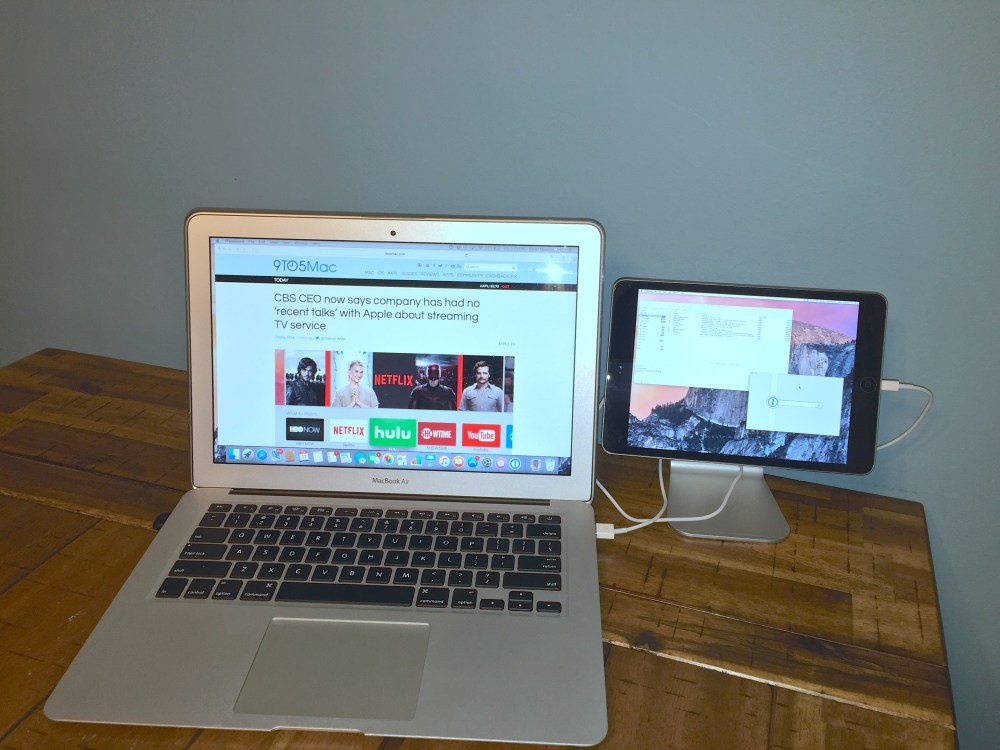 While using the iPad on the Zand, at first I was skeptical about how well the iPad would stay on.

I’m a strong person, and break things because I don’t know my own strength at times. Typing wise, I bang loudly on my keyboards and have popped keys out before. So while using the Zand, I was pleased with how well the nanoparticle adsorption held up, and could not knock off my iPads. In the up-right orientation, the iPad was not at the best angle for typing, but using it with a Bluetooth keyboard worked fine.

For heavy typing usage without a keyboard, the Zand can be flipped over onto it’s back, so that the nanoparticles side is faced down. It does stick very strongly to surfaces, and you have to use some force to remove it. It left no residue or scratches on the hardwood table.

There are two pieces of rubberized cushions to help prevent the aluminum from the stand or the iPad from getting scratched. The iPad I prefer to use is the mini, and I prefer to use it in landscape orientation, which unfortunately does not fit in this manner. However, the iPad mini does fit in the portrait mode.

The Zand is flipped over so the nanoparticle side is faced down on the table.

iPad Mini is too small to fit into the Zand in landscape orientation.

iPad Mini fits in the Zand in portrait orientation.

I really enjoyed using the Zand, and liked how it kept my iPad off the desk and at eye level with my computer, creating a dual monitor for my laptop. The nanoparticle adsorption stuck very securely to the iPad and to take the iPad off of it, it’s easiest to do so by grabbing it from the edge.

If you are looking for a dual monitor for your laptop, a stand for the iPad to watch movies on or use in the kitchen, the Zand is a perfect stand for you. It is available for $39.99.