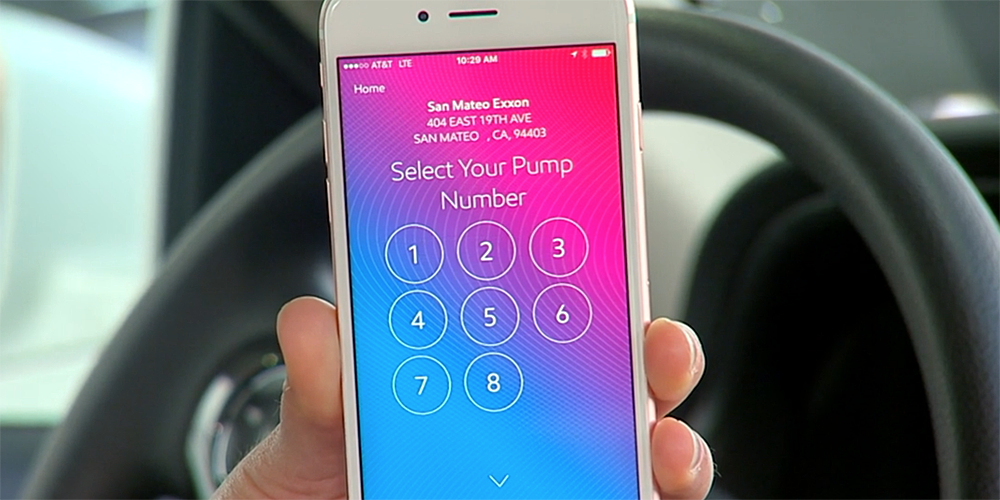 If you’ve been wanting to pay for your gas at ExxonMobile stations using Apple Pay, the good news is that you now can, reports CNET.

Apple Pay went live Tuesday in more than 6,000 Exxon and Mobil-branded gas stations across 46 US states. The service will be added to about 2,000 more stores by mid-year and will be available in nearly all of the company’s 10,000 locations by the end of 2016.

But if you were expecting to just wave your iPhone or Apple Watch at a reader on the pump, that’s not quite how it works …

To use Apple Pay, you’ll need the ExxonMobile app. Open it and tell it you want to pay, and the app will use GPS to determine which gas station you’re in, and then ask you to select the pump number. Use Touch ID to authorize payment in the app, and it will activate the pump for you. The pump will then dispense a paper receipt in the normal way, and you’ll also be able to track purchases in the app.

The process looks a little fiddly, and gives you only 45 seconds from authorizing payment on your iPhone to starting to fuel, but the company is touting the indirect method as a benefit, suggesting that you minimize the time spent outside your car in the cold or heat.

ExxonMobile has likely taken the indirect approach to avoid the hardware costs of fitting contactless readers to all its pumps. Somewhat ironically, the company already has its own contactless Speedpass system, but that appears to be incompatible.

You can see a video demo over at CNET.

Chevron was the first gas company to announce plans to support Apple Pay with at-pump readers, but rollout has so far been limited. Apple continues to add new banks to the service, 27 new ones added just a few days ago.