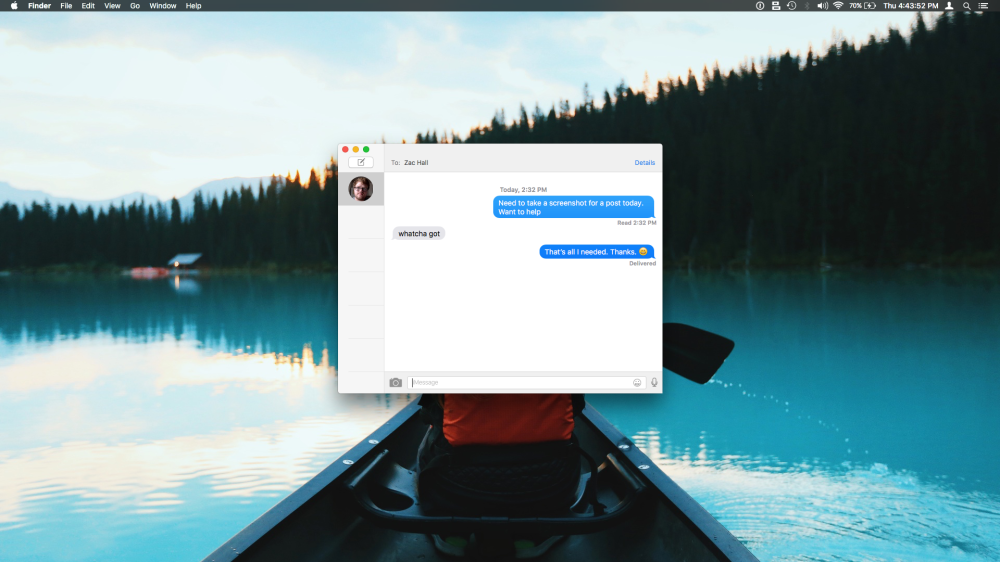 When Apple posted the Messages Beta for the Mac over four years ago, I knew I would feel right at home. iChat was long overdue for an upgrade, and bringing iMessage to the Mac would further bridge the divide between iOS and Mac OS X. I was excited to start messaging my friends and family from the comfort of my computer, until I realized, “Where’s the camera button?”

Apple has included webcams in their line of notebook computers since the first generation of MacBooks. In fact, it was because of these cameras (and Intel CPUs) that I was initially drawn to Apple’s products. Including a camera standard into a computer seemed unheard of to me, and I remember thinking that maybe this company was just plain crazy. Nonetheless, I spent hours at the Apple Store playing around with Photo Booth taking pictures and emailing them to myself.

Today, I barely even use the camera on my MacBook Pro. I prefer to take FaceTime and Skype calls on my iPhone because of the camera quality, and Photo Booth may as well have been forgotten. The latest major updates I recall being were face detection, and new filters. I just don’t open Photo Booth up any more.

The camera in my MacBook doesn’t have to go unused, though. Messages on the Mac is still ripe for re-introducing the camera’s usage. iOS already has a quick camera button as of iOS 8, so there’s no reason for Apple not to bring it to the Mac. Mac OS X even has all the UI elements necessary to simulate iOS 8’s functionality in Messages. You may have seen it if you’ve ever changed your user image and set it using the camera. 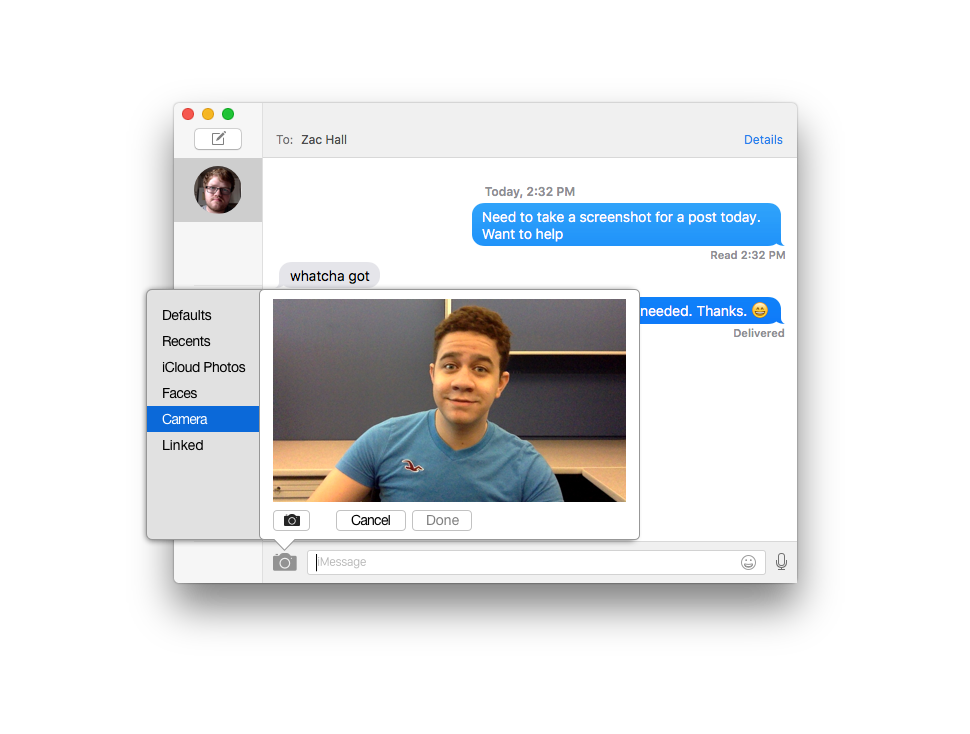 While I know that the MacBook Pro’s camera is not going to be better than the phone, having the camera option built-in would allow me to bring more personality to my conversations. Images will be grainy yes, but it’s such a small feature to add that could have an immediate impact. Sometimes words aren’t enough to express what I want to say and switching to my phone just take a silly selfie seems tedious.

Mac OS X’s messages already includes Voice Memos, emoji, and even voice dictation (double-click the FN key), but for some reason or another, Apple never brought the camera functionality over. Maybe it was an active decision not to bring it over. Having thousands of users realizing the camera on the computer’s are still pretty low-res may not be favorable for Apple. Regardless of that, however,  introducing the quick camera option could cut down on my desire to switch to my phone so often. 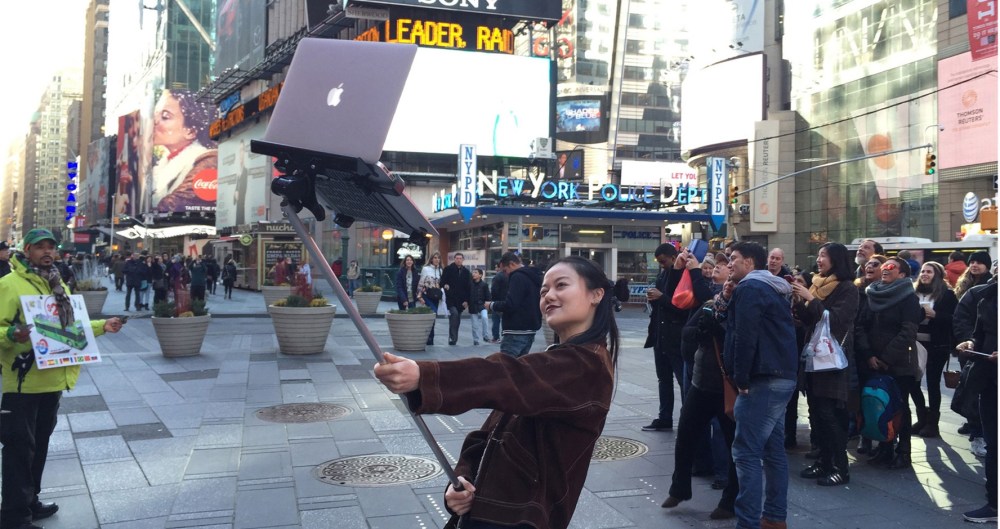 How about you? What else would you like to see Apple bring to Messages on the Mac?