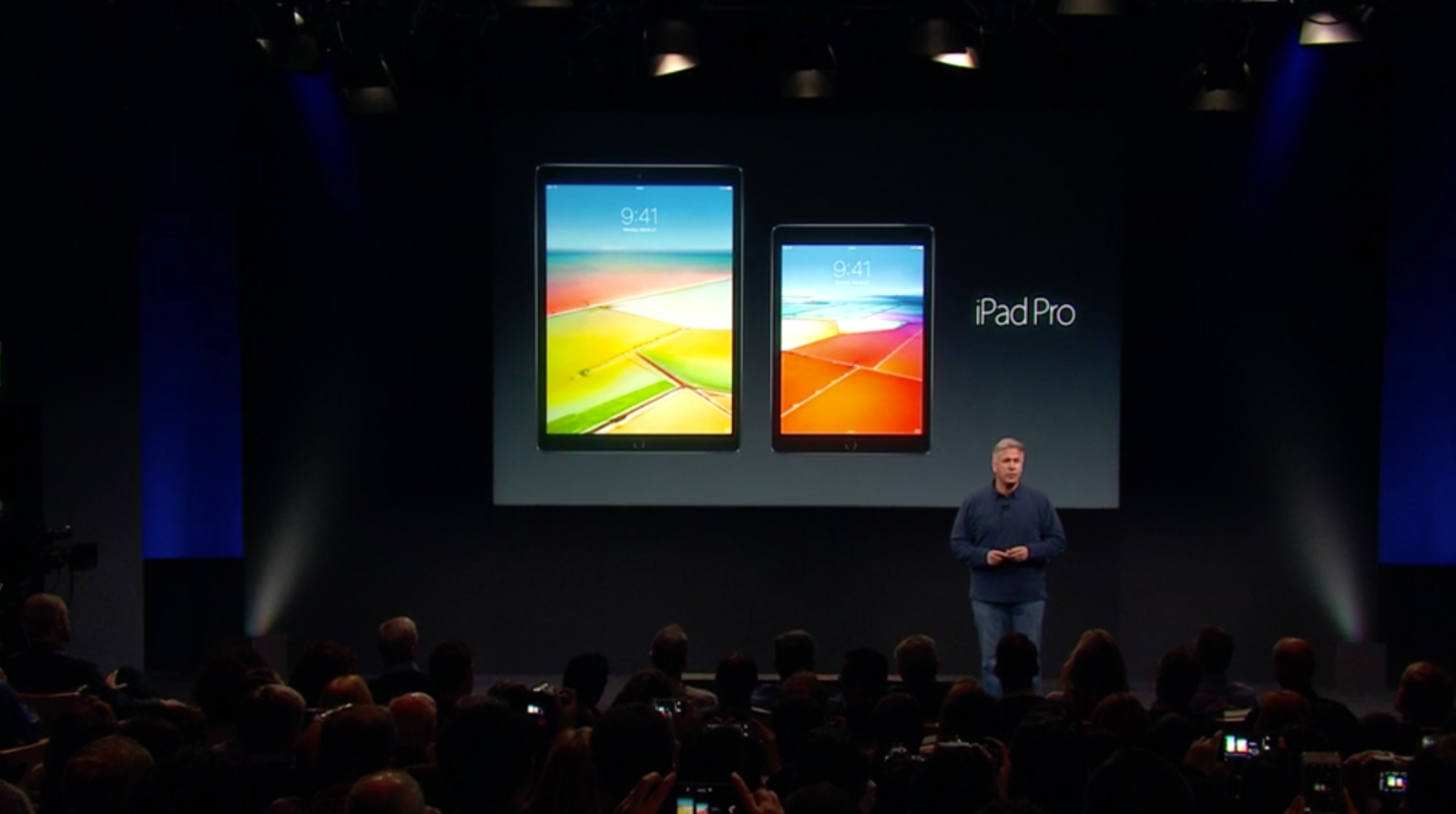 As part of its media event, Apple has announced a new 9.7 inch version of the iPad Pro from $599. It features much of the same internals as its 12.9 inch cousin, with A9X chip, Apple Pencil support and Smart Connector. Although in most respects, the iPad Pro is the same as its big brother it features significant upgrades in the camera department. The 9.7 inch iPad Pro has a 12 megapixel rear camera, 4K video recording and a 5 megapixel front camera. That being said, the iPad Pro now has a camera bump to support the advanced camera system.

Apple says the new iPad features a screen with a True Tone display, that automatically adjusts the color temperature of the screen based on the room environment.

Along with the smaller hardware, Apple is also releasing a new smaller Smart Keyboard to fit. Existing Apple Pencils are compatible with the new device. Apple is describing the iPad Pro as an ultimate PC replacement.

Just like with the big iPad, Apple Pencil lets users interact with the tablet screen with a stylus, for drawing and sketching. The Apple Pencil can be used to navigate around the whole UI, but it isn’t really meant for purposes beyond drawing.

Apple says it wants to provide a 9.7 inch iPad for all the customers who already have 9.7 inch tablets. In addition, iPad Pro 9.7inch is targeted at Windows desktop and notebook users.

The display is 40% less reflective than the iPad Air, the lowest reflectivity of any tablet. It is also 25% brighter than an iPad Air 2, ‘the brightest tablet available’. The screen also works with Night Shift, coming in iOS 9.3.

Like the 12.9 inch iPad, this iPad has 4 speakers for stereo audio depending on orientation. Like iPhone 6s, the new iPad Pro features always-on Hey Siri.