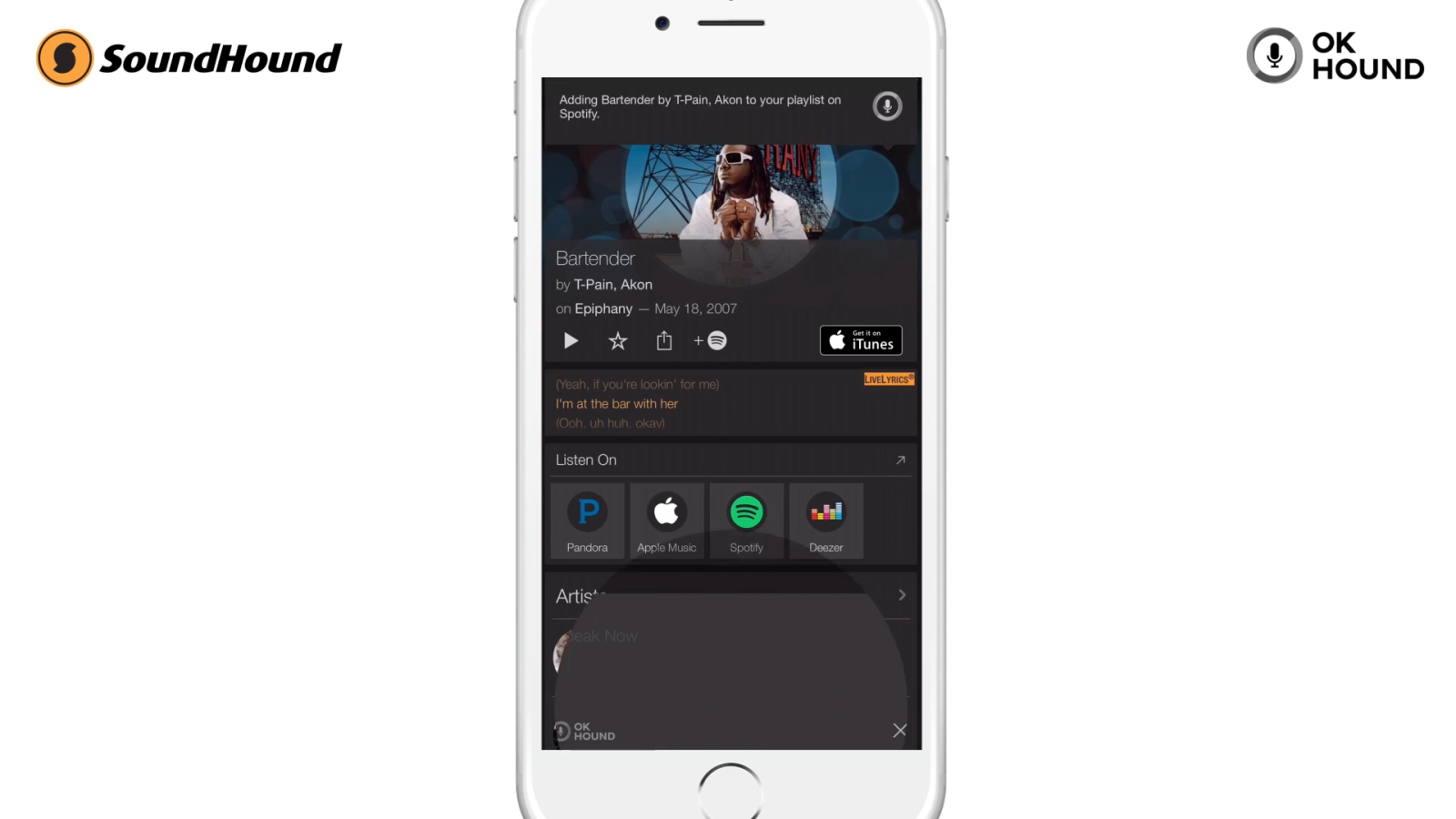 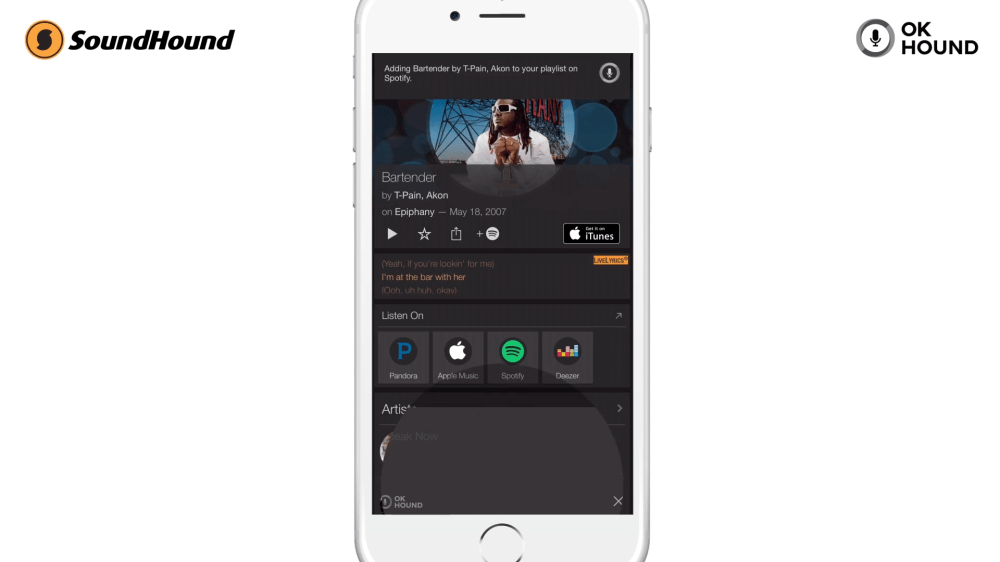 Siri may be the default voice assistant on iPhones and iPads, but it can easily be beat when it comes to speed and third-party service integration. SoundHound’s new voice command and Hands-Free mode on iOS highlights this. Starting today, SoundHound can activate its music recognition feature instantly with the ‘OK Hound’ command, plus the app integrates with Apple Music, Spotify, Pandora, and other services to add to what’s possible.

SoundHound’s new voice command and hands-free mode isn’t limited to just song recognition either. ‘OK Hound, what song is playing?’ will activate the app’s signature feature, but SoundHound integrates with Spotify, Pandora, Apple Music, and other services as well which lets you do even more with just your voice.

For example, you can use the new ‘OK Hound’ command to add a song to a Spotify playlist or create a station in Pandora based on a track or artist all from the SoundHound app. These are specific integrations that Apple’s Siri voice assistant, which only supports Apple Music, just can’t offer. (Siri does feature Shazam integration for music recognition, but actions are limited to Apple Music.)

You can also ask SoundHound to play specific tracks, look up artist trivia and music charts, and show you your search history using the ‘OK Hound’ command.

The tricky part about SoundHound and the ‘OK Hound’ command is that you need to launch the app first (and have it installed before that); Siri, on the other hand, is built-in to the system and present anywhere. Newer iPhones actually make that easier, however, using the ‘Hey Siri’ command to launch SoundHound using just your voice, then using the ‘OK Hound’ command to do the rest.

As for SoundHound’s performance, the voice recognition works really well and it’s super fast too. Try a command like ‘OK Hound, what can you do?’ to summon a list of tips including a video explaining the new feature. (One hiccup here is that the video says ‘OK Hound’ a few seconds in which, yes, activates the voice assistant and stops video playback.)

In my quick testing, it actually took some adjusting to get used to the speed of the ‘OK Hound’ command compared to ‘Hey Siri’. The new mode won’t be replacing Siri for me anytime soon, but for music fans, especially Spotify and Pandora users, the update should be very useful and can be used in addition to Siri.

SoundHound is available for free (or lose the ads for $6.99) on iOS.