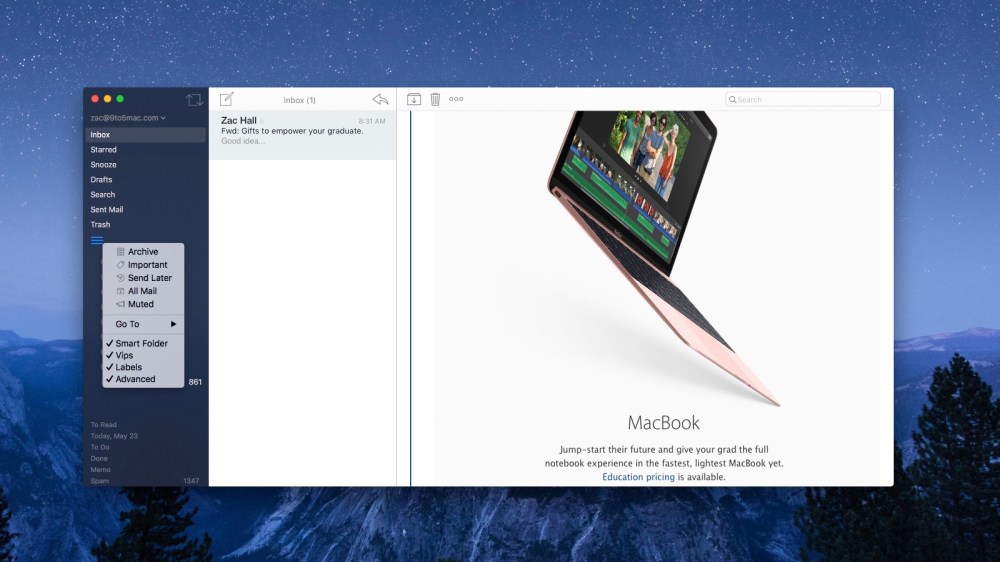 After recently launching on the iPad, Airmail is back today with a free 3.0 update to the Mac version. The latest version adds a long list of features and improvements including smart folders for sorting out your email easier, VIP support for marking specific contacts, and much more.

Starting with Airmail 3, you can turn off new message alerts for all senders except VIP contacts just like on Airmail for iOS, and iCloud sync supports VIPs as well so you can set up your favorites on one device and have the rules apply on all your devices. iCloud sync also applies to smart folders and rules created in Airmail on any version now.

Check out the full list of everything new below:

Airmail 3 is a free update to existing customers or $9.99 for new customers on the Mac App Store. The app is a highly recommended alternative to Apple’s Mail app, especially for Gmail users, and supports the latest OS X 10.11 El Capitan features including Split View.