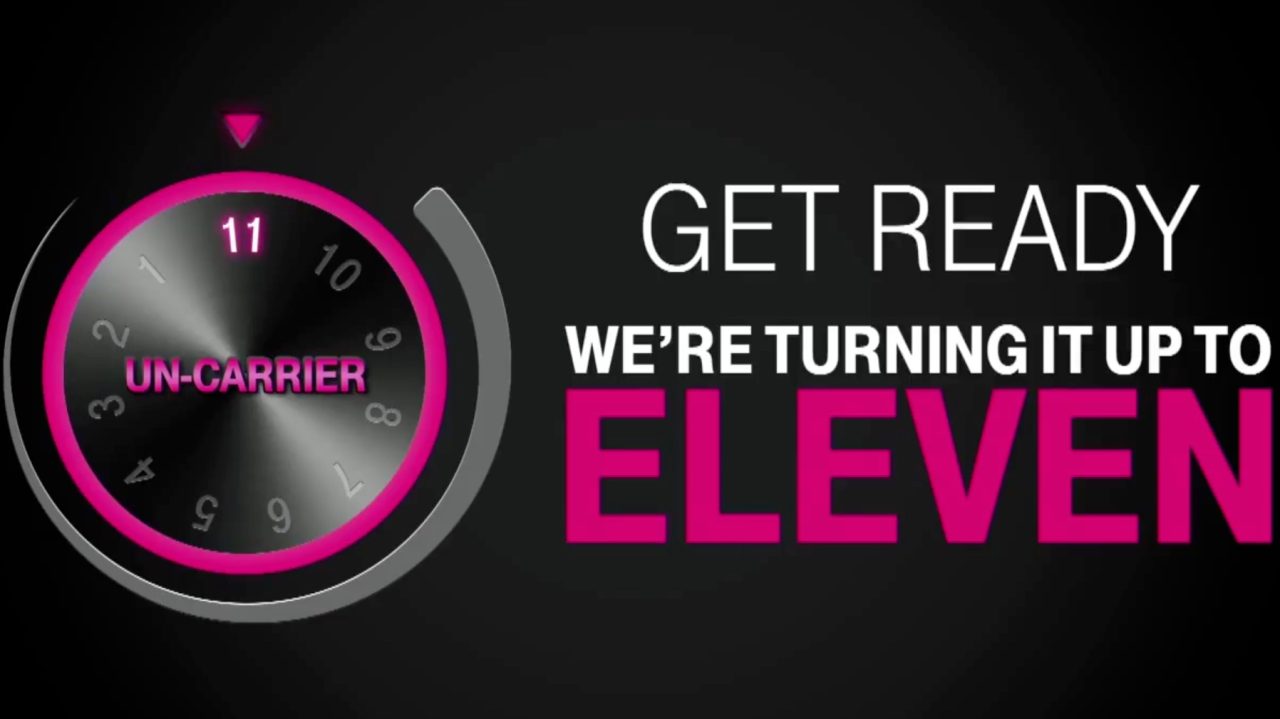 In the latest installment of their Uncarrier initiatives, T-Mobile today announced their new #GetThanked campaign. The campaign puts a focus on “thanking” T-Mobile customers for their loyalty to the company and brand by giving away free T-Mobile’s stock, gifts and promotions ever Tuesday, and inflight Wi-Fi for domestic fliers with Gogo.

Starting with Stock Up, T-Mobile is giving both existing and new primary smartphone account holders a share of stock. Customers will get a full share of T-Mobile’s common stock, with the chance to be able to grow their ownership up to 100 shares a year by recommending the carrier to others. Primary contacts on the smartphone postpaid account will be receiving the free stock, and new customers may also qualify for the stock promotion.

For every primary account holder that switches to T-Mobile thanks to a recommendation from a current account holding customer, the recommender will receive another full share. This is akin to an affiliate-based payment system, except customers are paid in a single full stock share. An interesting way to incentivize customers, but some may feel it is in bad taste as stock doesn’t hold a guaranteed value over time as it can go up and down as the markets fluctuate. Customers who have been with T-Mobile for five years will be receiving two full shares of the stock for each recommendation until 2017. (T-Mobile’s stock is currently valued at $43.39 as of 06/06/2016 1:49 PM EDT).

They also announced T-Mobile Tuesdays, where every Tuesday the carrier will be giving away free gifts and prizes from various brand and partners. Currently on the lineup: Gilt, Domino’s, StubHub, Wendy’s, VUDU, Fandango, Legendary Pictures, Universal Pictures, Lyft and more. Every Tuesday new gifts and new partners will be unveiled as customers get a chance at receiving any one (or more) of them.

Personally this is the most immediately rewarding out of all T-Mobile’s promotions today as it allows customers to continuously benefit from it week after week. T-Mobile’s press release indicates that customers will be able to carry out a free medium two-topping Domino’s pizza, a free small Wendy’s Frosty, and a free movie rental from VUDU every week. If the offer is redeemed on a particular week, it can be redeemed again on the following Tuesday. Each week will also include a variation on surprise “thank you” gifts for customers with new partners and companies each week.

This week customers will be able to get a free ticket from Fandango to the opening weekend of Warcraft. Alongside getting a free ticket, customers will get the chance to take a party bus to a private screening of the film with 40 of their friends. T-Mobile lists out some other prizes including a trip for two to Vegas and a hiking expedition to Machu Picchu in Peru.

Frequent domestic fliers will also be happy to hear that they can get a full free hour of inflight Wi-Fi (through Gogo) on every Gogo-equipped flight starting June 13th. A small but welcome benefit that many users will be able to take advantage of. At the time of this writing, Gogo offers an hour of inflight Wi-Fi for $5, or an all-day pass for $16. T-Mobile notes that all customers are able to text free on Gogo networks the entire flight, but now iMessage, Google Hangouts, WhatsApp and Viber have also been added into the mix. Users will be able to use a multitude of networks to stay connected with their loved ones as they travel.

The full #Uncarrier11 live stream video can be viewed below (stream starts at about 18:00).

More information on the Stock Up program can be found on T-Mobile’s referral site. Get a full breakdown of the all the “Thank You” gifts T-Mobile is giving away (and it’s a lot too…) at the full press release.

Another sentence (“Currently on the lineup for this coming week: Gilt, Domino’s, StubHub, Wendy’s, VUDU, Fandango, Legendary Pictures, Universal Pictures, Lyft and more”) had listed that all those partners listed above would be available during the first week of the #GetThanked promotion. These companies are all partners but not all will be available during the first week’s promotion.