It’s Monday, June 13th and Apple’s Worldwide Developers Conference is about to kick off with the company’s opening keynote and press event at 10 AM PT/1 PM ET.

iOS 10, macOS 10.12, watchOS 3, and updates to tvOS for the new Apple TV are just a few of the expected announcements alongside some highlights from Siri and Apple Music. We’ll be bringing you up-to-the-minute coverage as usual with live updates and analysis, and you’ll also find handy links to all of our other WWDC coverage in the News Hub below.

–Keynote over. We’ll continue our coverage in the News Hub above and at 9to5Mac.com.

—Swift Playgrounds gets developer preview today, beta in July and App Store release in Fall. Free to all.

–Split View in Safari in iPad coming in iOS 10

–The new Messages content will be viewable on Macs and Apple Watch.

–Next up, Messages improvements

–VOIP apps can now integrate into the lock screen and contacts

–iPad and Apple Watch get new Home controls too

–View and manage Scenes and Rooms

–Home app gives you central location to control all accessories

–Connect feature now hidden under “For You”.

—Lyrics integration when swiping down on a song.

–For You tab in new Apple Music has a “Discovery Mix”, “Recently Played”, and daily curated playlists.

–Next up, Apple Music…

–Uber integration allows users to request a car and pay with Apple Pay within Maps app.

–Maps are coming to developers with Extensions. Can be used to implement, for example, reservations or ride services from third-party apps within Maps.

–New Maps is coming to CarPlay too.

–Slide up from bottom gives you Proactive suggestions

–Apple says Siri will have more intelligent responses and scheduling. Taps into contact information and info from previous messages on your device

–CarPlay gets messaging and VOIP calls with Siri via third-party apps.

–slide to left from lock screen to see app widgets.

–slide to right from lock screen for camera.

–Raise to wake lets you see what’s on lock screen without button press.

–Apple Pay is coming to Switzerland, France, and Hong Kong next.

–Siri for Mac has a dock icon. Can pin results to Notification Center.

—All Mac apps system wide including third-party apps will get tab view support like Finder and Safari.

–Apple Pay coming to the web.

–Optimized storage feature automatically stores old files in the cloud to to free up space.

–iCloud documents and Desktop access across Macs in Sierra and accessible on iPhone in iOS 10.

–Universal clipboard across iOS and macOS

–Macs getting auto-unlock via Apple Watch.

–Apple TV getting single sign-on to remove sign-ins for each app (coming to iOS too).

–Siri gets movie search by topic

–New version of the Apple TV remote app with all of the features of the Siri remote including game controller features with accelerometer and gyroscope.

–Eddy Cue on stage to talk Apple TV and tvOS. 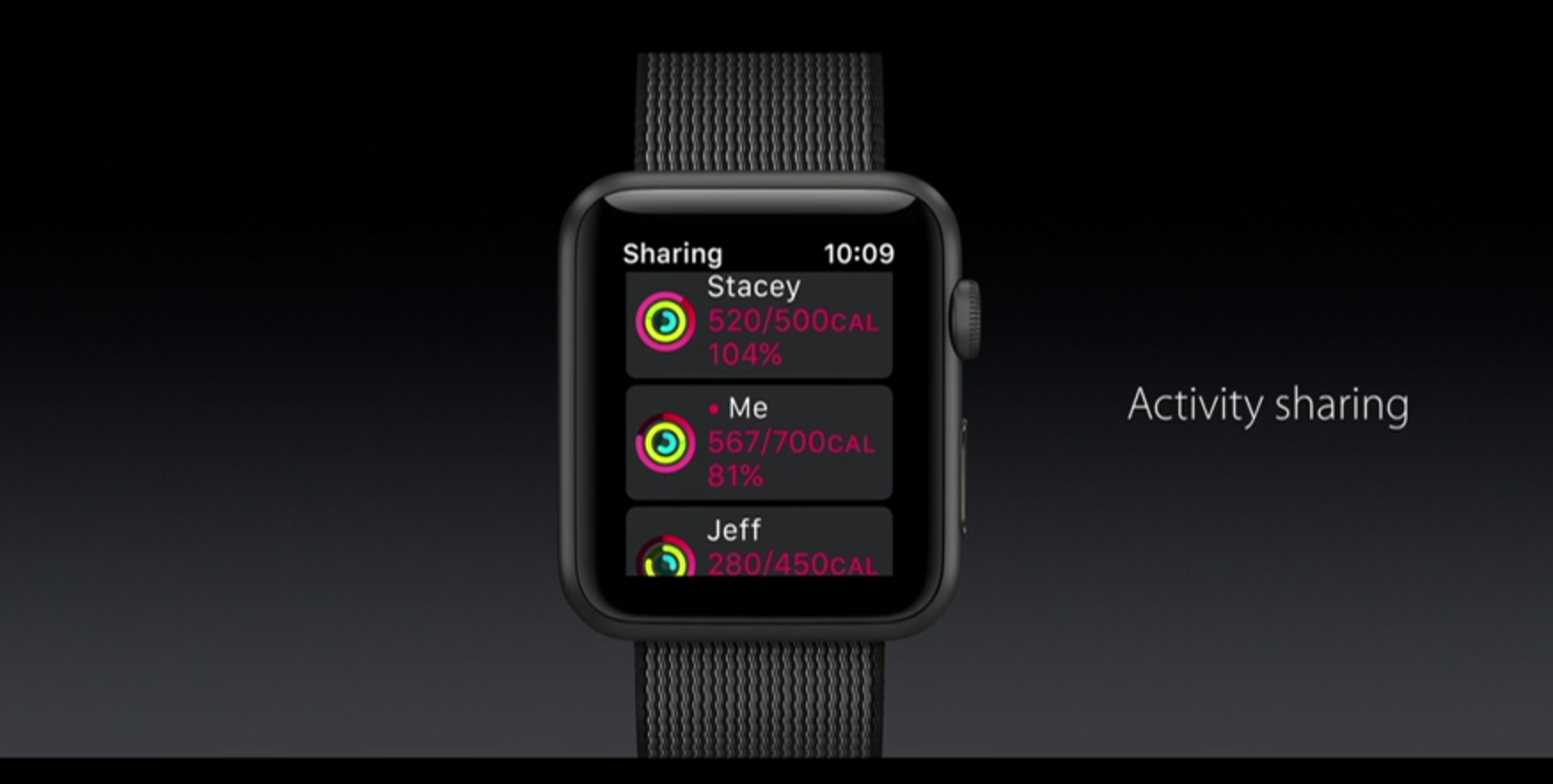 –And you can now communicate with those friends and family with messages within the Activity app.

—watchOS 3 has an new emergency “SOS” button with a press and hold of side button.

–watchOS 3 adds “scribble” mode to write using your input from your finger.

–Messages are faster with changes to the UI and better reply options.

–apps have a new “Dock” that make any app accessible like a glance.

–2 million apps on the App Store 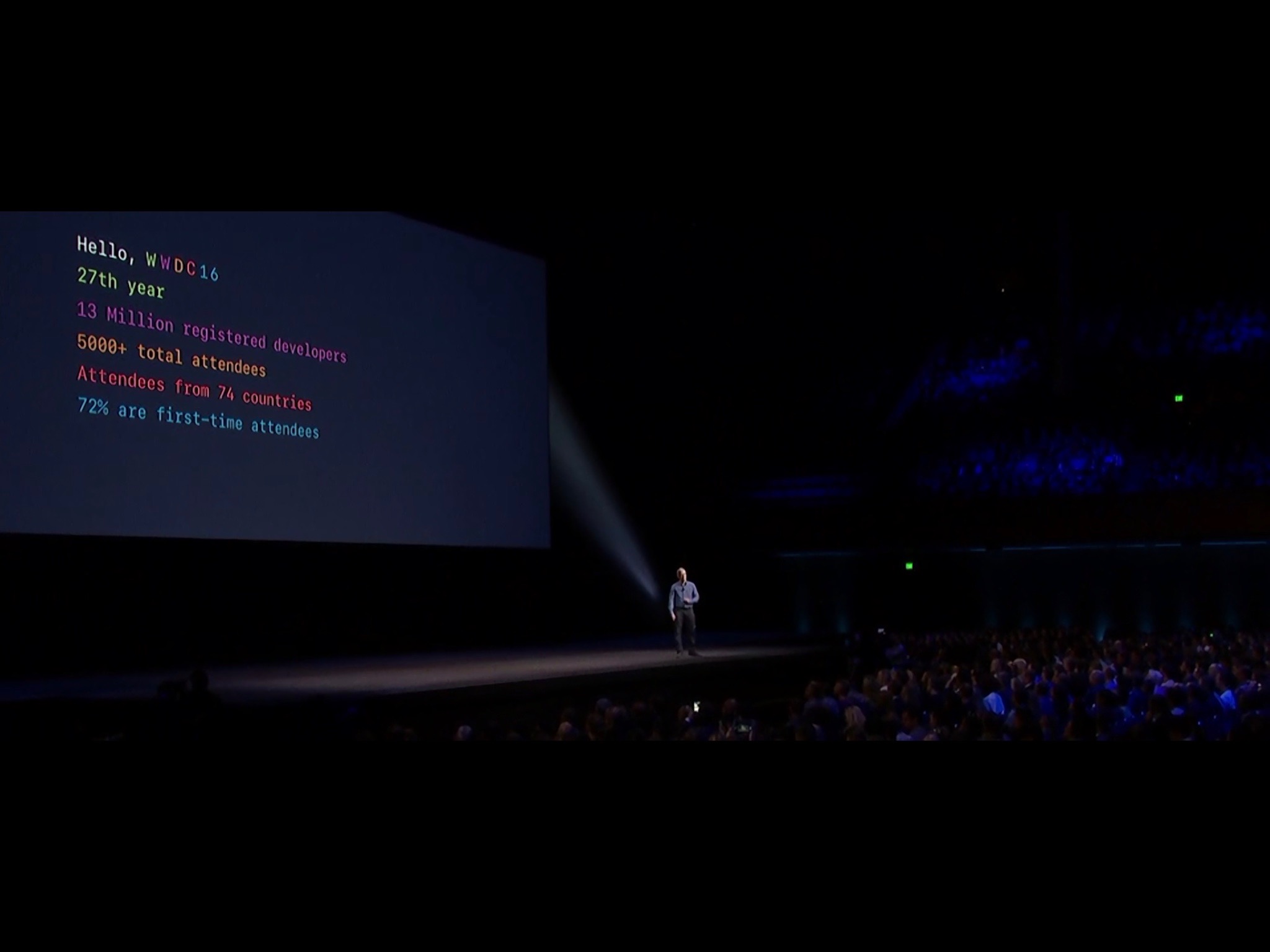 –Cook talking about Orlando tragedy and asking crowd to take moment of silence to honor victims.

–A hint at the next OS X name?

–Apple’s stream is live with music courtesy of Beats 1. Under 10 minutes now until the event starts.

–Sir Jony Ive is in attendance.

–Less than 30 minutes until the keynote starts. Stay tuned.

–Just over 1 hour to go until the keynote starts. Check back for live updates.

Waitin' for the WWDC keynote. pic.twitter.com/LLFVqe9cVT