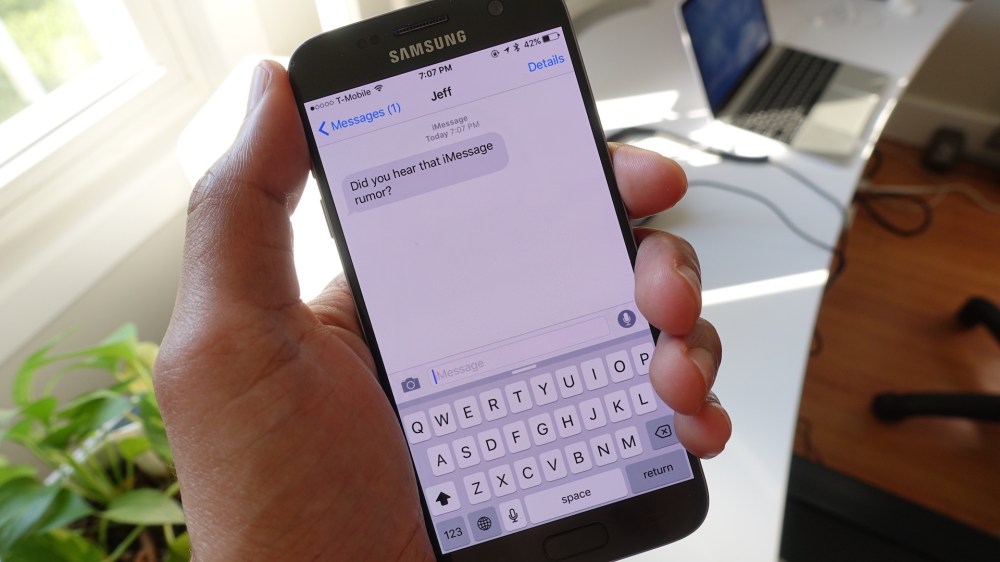 Prior to WWDC, a report emerged claiming that Apple would at long last unveil iMessage for Android. Seeing how Apple had made its streaming music service available on Android, many found this report to be somewhat plausible. As you’re probably aware of by now, however, iMessage for Android was nowhere to be found at WWDC this week. Now, we’ve gotten a little bit of insight into Apple’s reasoning for not bringing its messaging service to Google’s smartphone platform…

The executive explained that, because there are over 1 billion active devices, iOS users provide a “large enough data set” for any artificial intelligence initiatives that Apple may be working on. So, there’s no need for Apple to want a larger dataset of users using iMessage at this point in time.

Additionally, the unnamed executive said that by having a strong service like iMessage available only on iOS and macOS, Apple is driving sales of its hardware. Again, this makes logical sense as there are certainly people out there who have purchased an iPhone, iPad, or Mac purely because they wanted iMessage.

When I asked a senior Apple executive why iMessage wasn’t being expanded to other platforms, he gave two answers. First, he said, Apple considers its own user base of 1 billion active devices to provide a large enough data set for any possible AI learning the company is working on. And, second, having a superior messaging platform that only worked on Apple devices would help sales of those devices — the company’s classic (and successful) rationale for years.

One wrinkle in this logic, however, is Apple Music. Apple did bring its streaming music service to Android, but it’s a different type of scenario in my opinion. Apple needs to make sure that its streaming music platform is reaching the same size audience as competing services like Spotify. The biggest reason for this is that it’s a negotiating tool when working with artists and labels. If an artist/label is looking to make a song or album release exclusive and they’re considering Spotify and Apple Music, then it’s important that Apple the same reach as Spotify in terms of users and potential users. That’s not the case with iMessage.

While some Android users are likely upset that iMessage isn’t coming to their smartphone anytime soon, iOS users are getting a host of new features with iOS 10 this fall, including a GIF keyboard, new message sending effects, and much more.