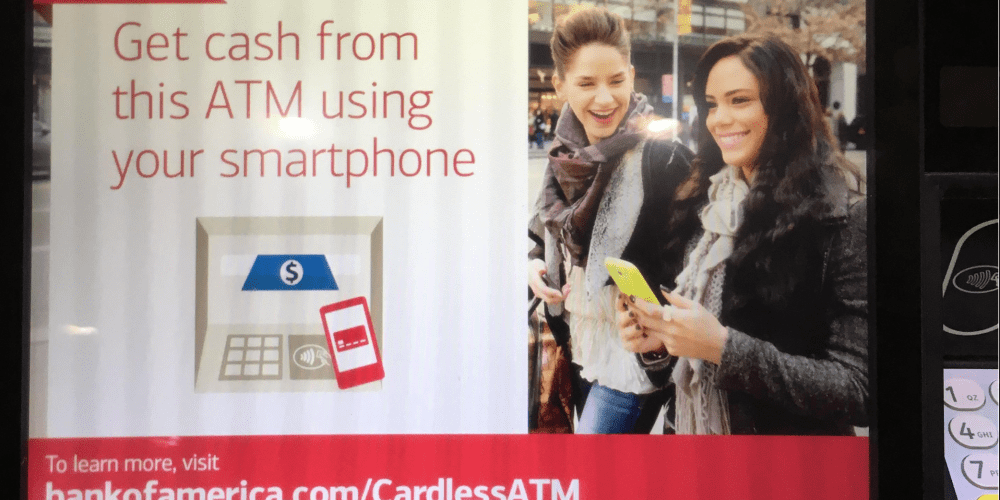 Earlier this year, it was reported that Bank of America was working on supporting the ability to withdraw cash from an ATM using Apple Pay. Now, it appears the bank is rolling that feature out in select markets. First noticed by a user on Reddit, Bank of America is outfitting some of its ATMs with Apple Pay support and the ability to withdraw cash using it.

Bank of America is highlighting the new feature heavily on supported ATMs, telling users that they are now able to get cash from the machine using their smartphone. When the smartphone is tapped on the NFC logo, users are prompted to enter their PIN number and are then taken to a screen that’s familiar to anyone that has ever used an ATM before. The one difference, however, is that deposits are not supported when using the ATM with Apple Pay.

It’s also worth noting that this feature only works with Bank of America cards, not any other bank. If you try to use another bank’s card via Apple Pay at the Bank of America ATM, the machine will apparently display an error right before dispensing your cash. Also be sure to keep in mind that Bank of America is rolling this feature out slowly and even machines that show NFC support aren’t actually updated to support Apple Pay yet.

Chase announced a similar feature earlier this year, while Wells Fargo is also said to be working on it. Have you been able to take out cash from an ATM using Apple Pay? Let us know in the comments.