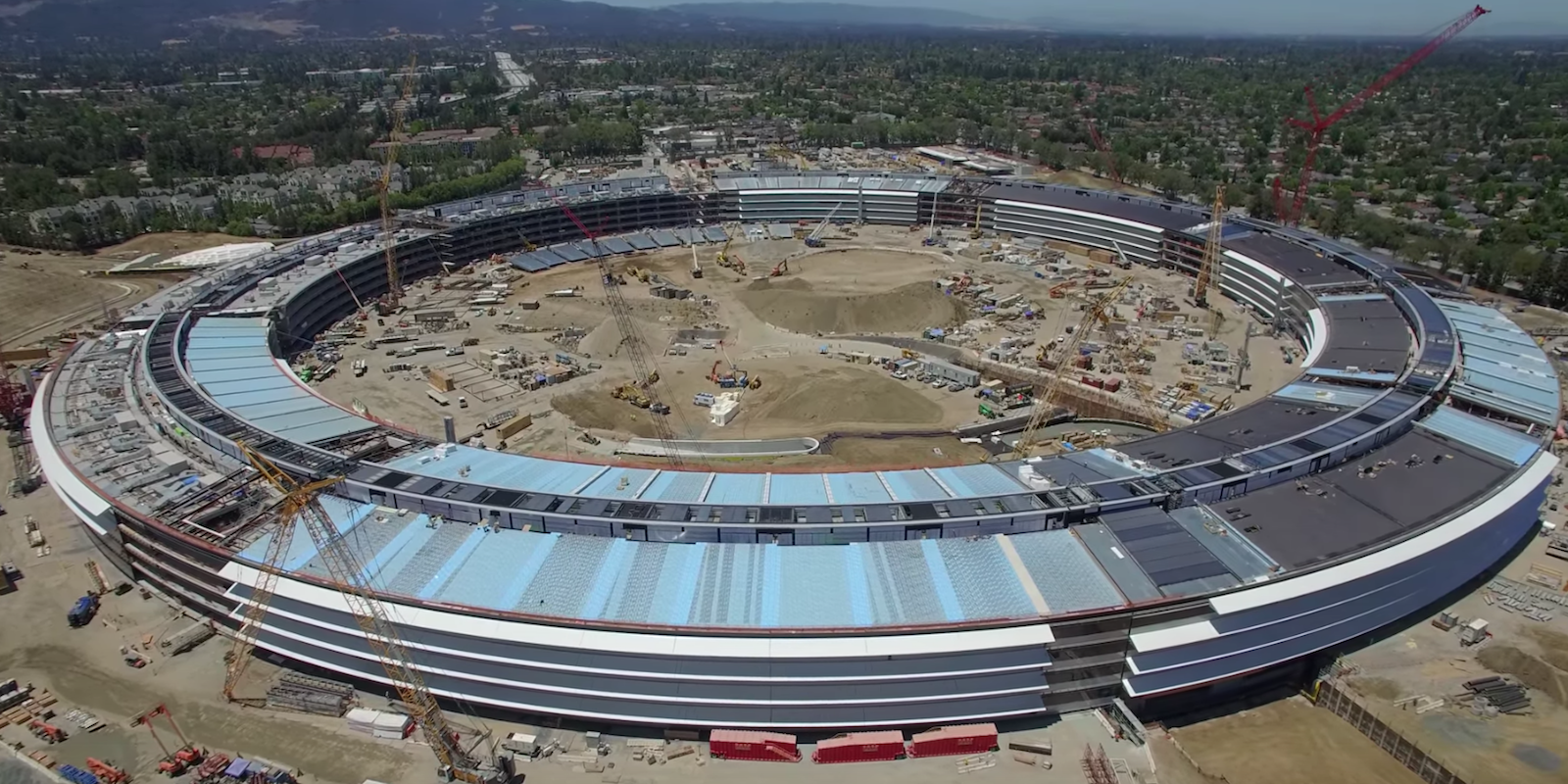 One month after his last drone flyover of Apple’s under construction Apple Campus 2 site, Matthew Roberts has sent over an update for July that gives an up-close look at progress in recent weeks.

In the video, we see Apple is making rapid progress towards reaching its goal of completing construction by the end of the year.

As for the main circular building on the site, Apple has made noticeable progress on the installation infrastructure for solar panels and fuel cells, and it’s also continued installing the massive glass panels and canopies— the world’s largest— that make up the interior and exterior of round ‘spaceship’ structure.

The campus is expected to generate around 75% of its own power using the solar panels and biogas fuel cells on-site, and it will get the rest of its renewable energy needed from third-party supplier First Solar.

We also get a close-up look at finishing touches being put on the exterior of the separate R&D building in the flyover:

Next is the entrance of the new underground “Apple Theater” auditorium. It looks like Apple could be preparing the land surrounding the entrance for some type of outdoor plaza of sorts:

And Apple has also made progress on its separate 100,000 square foot employee fitness center, as well as installation of solar panels that line the top of its parking structures and other buildings.

Near the end of the flyover we see Apple has a few other buildings located off of the main site along Tantau Ave. Apple has started the foundation for one building there and continues construction on others. These are thought to be a second group of R&D buildings.

Earlier this year, Apple CEO Tim Cook confirmed that Apple was still on track to have the site ready in time for early next year, at which time it will begin moving in around 13,000 of its employees. It’s also planning to start hosting events and product unveilings at its new underground Apple Theater pictured above.

Head below for the full flyover video and check out our ongoing Campus 2 Construction Progress Timeline for the latest Campus 2 updates and news.