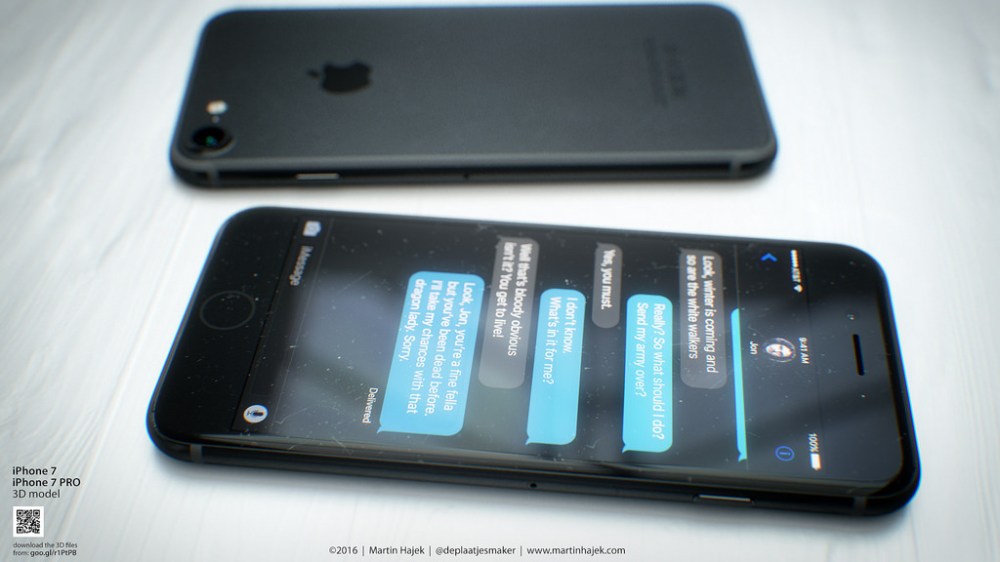 It was reported earlier this week that Apple is planning to release a Space Black model of the upcoming iPhone 7. Some mockups emerged of what such a device could look like following that report, and now designer Martin Hajek has shared a gallery of beautiful 3D renders.

The renders show an iPhone 7 in a dark, Space Black color option. The antenna lines have also been redesigned in the renders, as has been rumored will happen, while the camera module is also larger.

As you might expect, the renders also account for the headphone jack removal. To go along with that removal, Hajek has also depicted what a Space Black pair of Lightning-equipped EarPods could look like. This, however, does contradict the latest report that claims Apple will continue to ship 3.5mm EarPods with the iPhone 7, but include a Lightning adapter.

Finally, Hajek’s renders also show a capacitive Home button. Earlier this week a report claimed that the iPhone 7 would feature a Force Touch Home button that sits flush with the rest of the device. In addition to making the device look cleaner, as seen in the mockups, this also eliminates another moving part that could potentially fail. Much like the trackpad on recent MacBooks, a Force Touch Home button would provide a haptic feedback sensation that would lead users to believe the Home button had been pressed, even though an actual button would not have moved.

In a poll we ran earlier this week, over 50 percent of readers said that a Space Black iPhone 7 would entice them to upgrade, despite it looking like the device will be be a relatively minor upgrade otherwise.

What do you think of these mockups? Would you rather have a Space Black iPhone or a Space Gray iPhone? Personally, I think the Space Black color, especially when paired with the Space Black Apple Watch or black EarPods, looks really slick. Let us know your thoughts in the comments and check out more mockups on Hajek’s website. 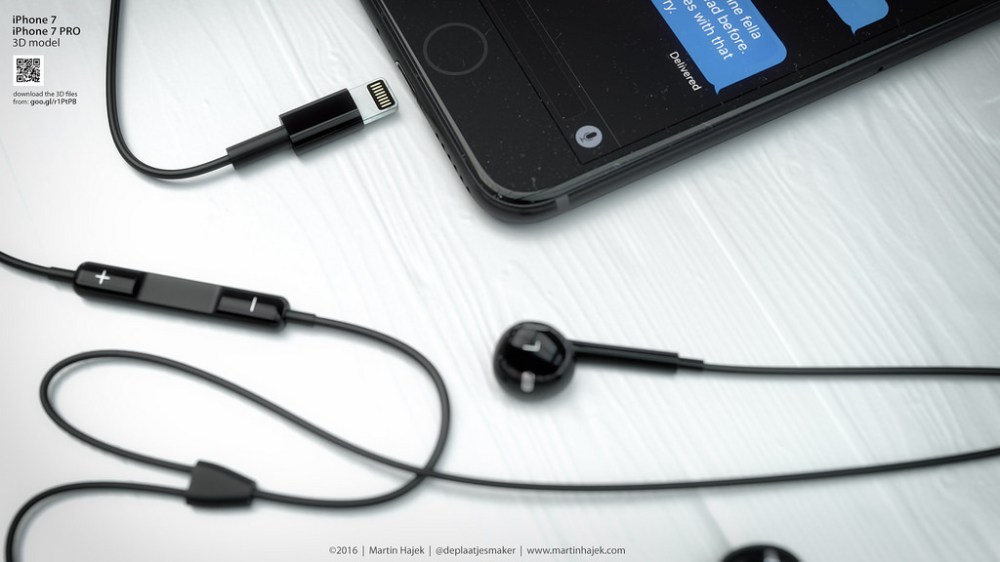