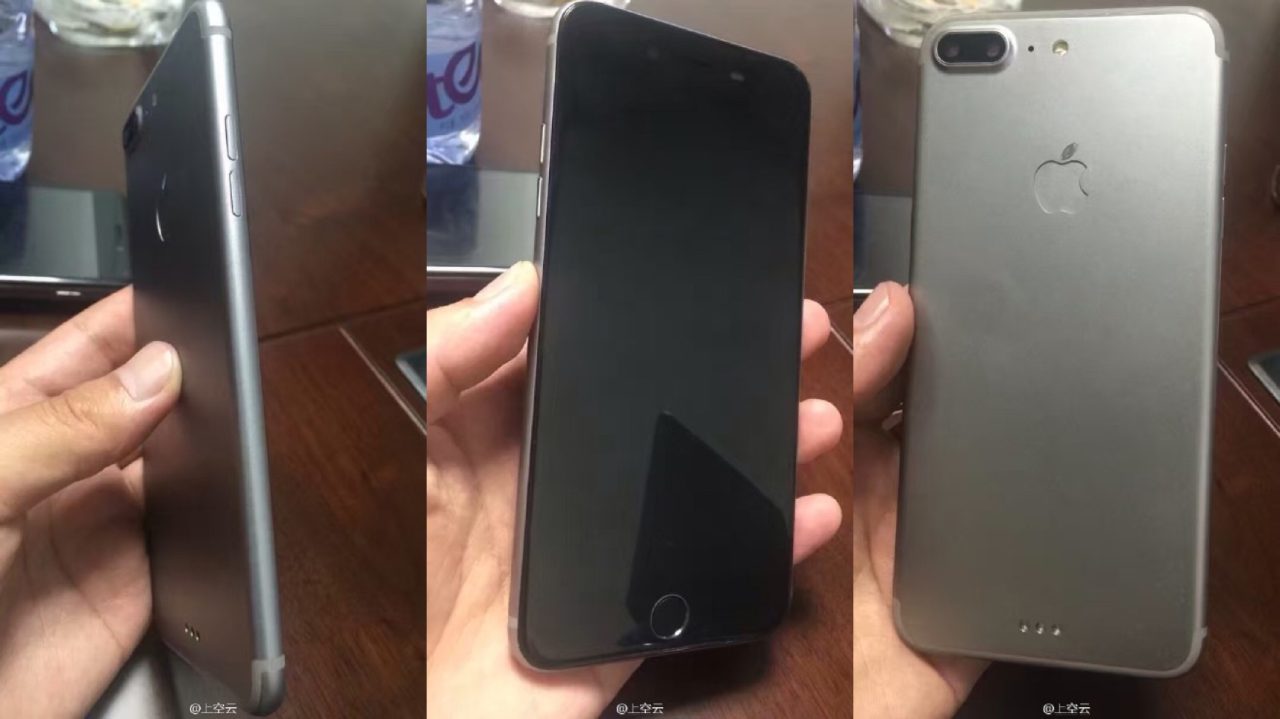 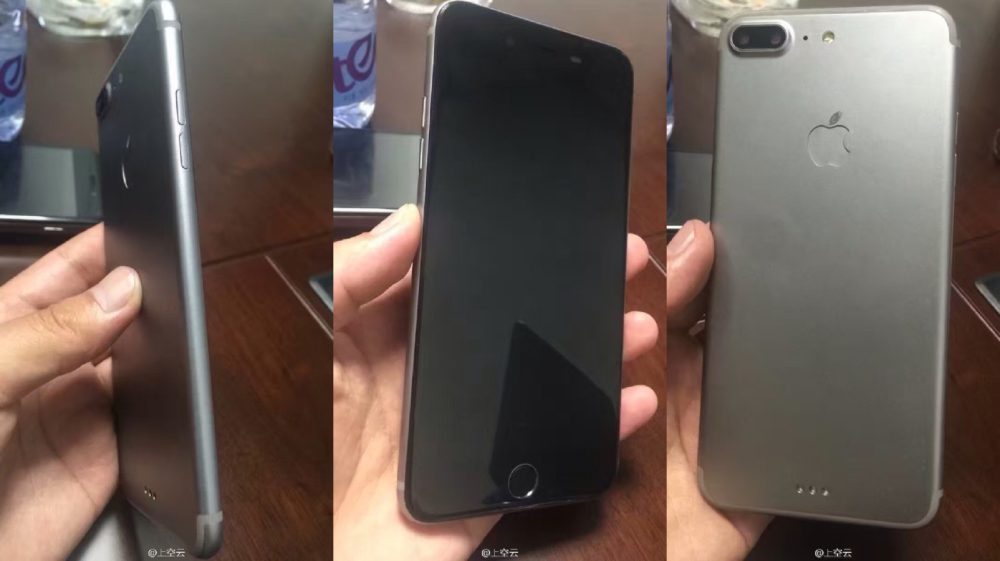 Following our clearest look yet at the 4.7 inch phone yesterday, this morning photos of the larger 5.5 inch ‘iPhone 7 Plus’ have purportedly appeared on Weibo. Some sources have described the 5.5 inch model as a separate SKU, an ‘iPhone 7 Pro’ as it were, although whether this will come to pass is unclear. These latest iPhone 7 photos once again show a very similar design to the iPhone 6s Plus … with the interesting addition of a Smart Connector, visible at the bottom of the device on the back side.

There have also been rumors of a flush capacitive Home Button in the cards for iPhone 7. Although the quality of these photos are not very clear, it does appear that the Home Button design has been tweaked. More details after the jump …

Perhaps most surprisingly, the new photos of the iPhone 7 Plus do not include a mute switch. A toggle to enable and disable the ringer cannot be seen in its usual location above the volume buttons. This is the first time the removal of the mute switch has been floated and given the source’s provenance, it should be treated with some caution.

That being said, Apple has slowly been removing the mute switch from its iOS devices. Beginning with the iPad Air 2, all new iPads have not included a mute switch. This is somewhat understandable for a tablet where the primary use case does not include alarms or ringing alerts.

For a phone however, the mute switch has been a defining feature of the iPhone since its inception. It would be crazy if Apple removed it … but that is what these latest pictures suggest. However, most Android phones do not include mute switches and instead rely on software toggles to activate or silence the ringer. Maybe Apple believes the new Control Center in iOS 10 is good enough that a hardware switch is no longer necessary. 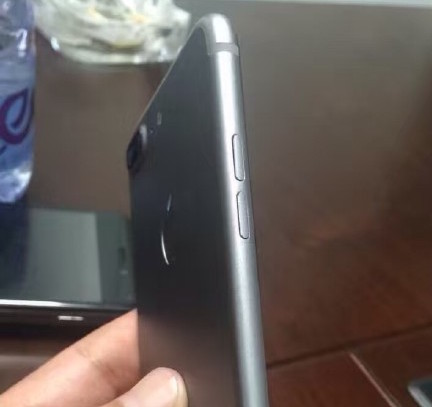 The new Home Button looks to have a more defined border, a solid silver outline is depicted in these images. Existing Space Grey iPhones do not have such a metallic ring — unlike the other color SKUs Apple makes. This indicates that the button itself has changed to some degree.

If Apple is moving to a touch-sensitive Home Button, it makes sense to have some kind of outlined affordance to show iPhone 7 users where they are supposed to press. The button does not appear to be completely flush, however. Previous reports suggested that the new Home Button would help Apple’s waterproofing and dustproofing efforts.

A backside shot of the device continues to corroborate existing rumors of brand-new camera components and redesigned antenna lines. A dual-camera cutout can clearly be seen in the top-left corner: latest rumors suggest that this component is made up of two, separate, 12-megapixel sensors. As before, antenna lines do not extend over the full-width of the chassis like the current iPhone 6s. The new antenna lines for iPhone 7 will seemingly only cover the top and bottom edges.

The Smart Connector is visible at the bottom middle of the back case. Reports have not come to a consensus on whether the Smart Connector will make its way into the final product with several sources indicating that whilst Apple was testing the feature with prototypes, it will not be present in the final hardware. It’s still difficult to image what a Smart Connector would be used for. A Smart Keyboard-esque accessory does not seem appropriate for a six-inch phone.

The Apple logo in these images is unfilled, this is either an empty chassis or some kind of dummy unit. The final real iPhone 7’s will no doubt have the Apple logo opening filled in by black plastic as normal. Another interesting detail about these images is the front bezel cannot be distinguished from screen.

Although there have been some reports of edge-to-edge displays, it is unlikely these images suggest that. The more (boring) sensible explanation is that the ‘iPhone 7 Plus’ supposedly depicted here is really an empty chassis emulating the product and the screen components are not fitted. The removal of the 3.5mm jack has also been widely rumored: the bottom of the phone cannot be seen in these latest photos but at this point the removal of the port is almost a sure thing.

Apple is expected to announce the new iPhone 7 and iPhone 7 Plus in early September following usual patterns. Pricing will likely stay the same but rumors indicate buyers will be getting a little more storage for their dollars: the 16 GB model is being dropped and 32 GB will be the new base model.