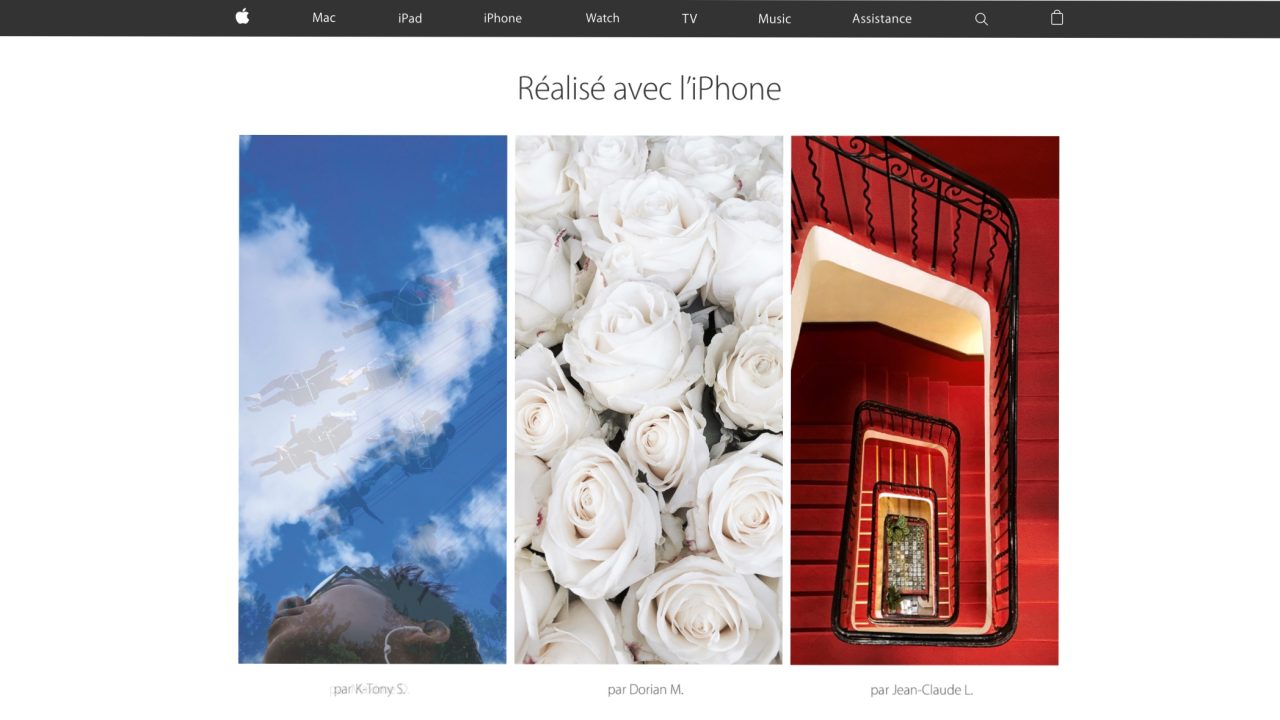 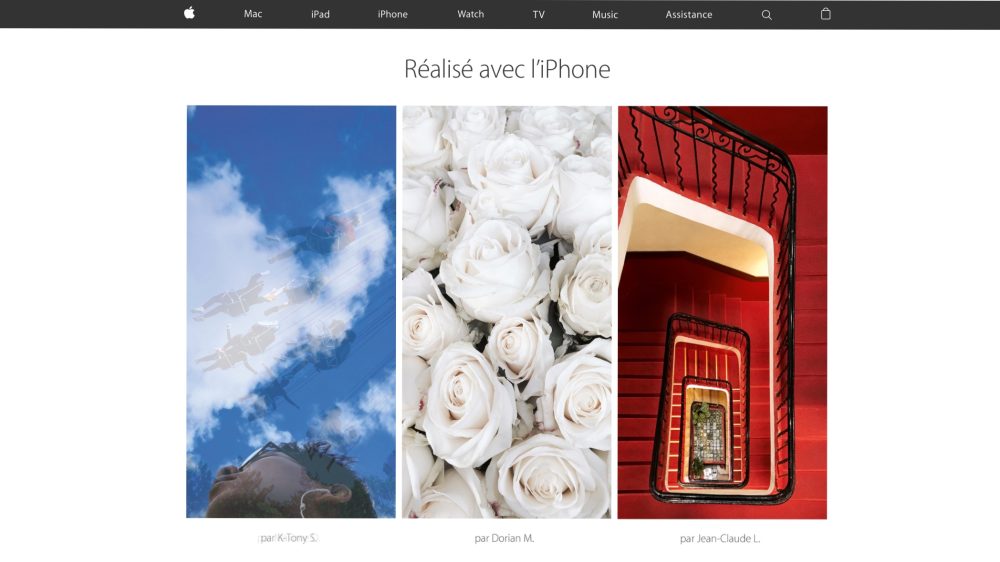 Apple is celebrating Bastille Day on its homepage with a clever twist on the usual Shot on iPhone campaign. The Apple France homepage displays a series of blue, white and red images formatted to look like the French flag. It’s a clever way to incorporate a Bastille Day commemoration, which signifies the start of the French Revolution on 14 July 1789, and demo the photographic capabilities of the iPhone. The images are credited with the names of the people that took them.

Shot on iPhone has been a very successful advertising campaign for Apple around the world, demonstrating the advanced technology of the iPhone with very little copy. It also conveys the idea that anyone, not just photography professionals, can use the iPhone to take great photos.

For the Bastille Day campaign, the images are sectioned into blue, white and red groups to maintain the overall color scheme of the French flag. The website cycles through several images for each color.

Shot on iPhone began with the iPhone 6 and Apple has continued the campaign with the iPhone 6s spanning television commercials, city billboards, magazine adverts and more. Apple launched a related campaign focused on striking color a couple of weeks ago as well as a special ad to celebrate the start of the European Football Championship.