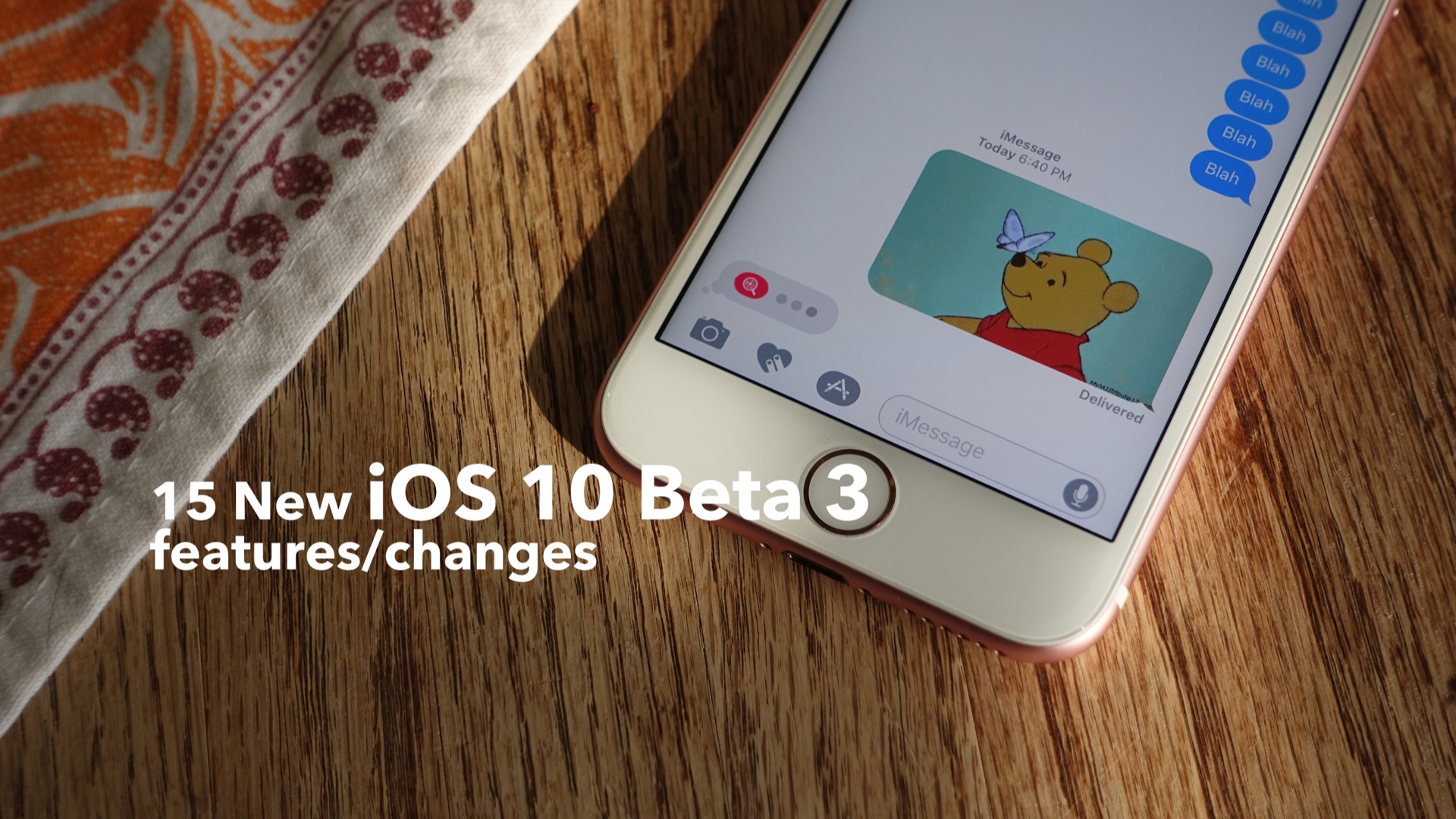 Today Apple released the third beta for iOS 10. As expected, it features several new changes when compared to the previous beta. Some of the changes reimplement features found in the original iOS 10 beta. Other changes, such as haptic feedback when manually locking an iPhone, are brand new. Have a look at our video walkthrough for the details.

Here is a list of items covered in our hands-on video. Of course, there may be additional changes that are uncovered over the next few days. Be sure to check out our initial what’s new in iOS 10 beta 3 post for additional info concerning this release.

We’ll inevitably see less new features and more refinements and changes as we get closer to the iOS 10 GM. It’s early, but beta 3 seems to be the most stable version of iOS 10 that we’ve seen thus far.

What are your favorite new changes in iOS 10 beta 3? Sound off in the comments below.