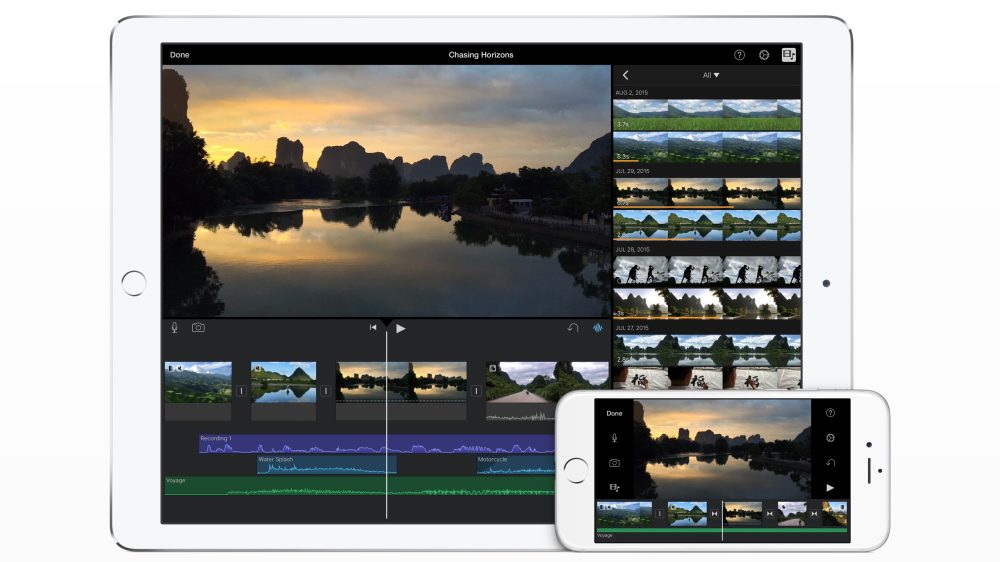 Apple today has release an update for iMovie on iOS that brings a handful of improvements. The update bumps the app to version 2.2.3 and includes improvements to starting projects, sharing, and more.

First off, users are now able to start projects quickly by selecting multiple images and videos, making it easier to get started on a project. Furthermore, the Facebook and Vimeo sharing is now supported via the built-in iOS share sheet. For iPad users, iMovie now supports Shared iPad, as well. Shared iPad is of course the feature that allows one device to be shared among multiple people, originally introduced with iOS 9.3. This means that iMovie now allows each student that uses an iPad to access their own projects and data.

Finally, iMovie version 2.2.3 includes a handful of under-the-hood improvements to performance, as well as a variety of bug fixes. iMovie’s last major update came back in September, adding support for 4K video editing.

Head into the App Store now to update iMovie to the latest version. The full changelog is below: