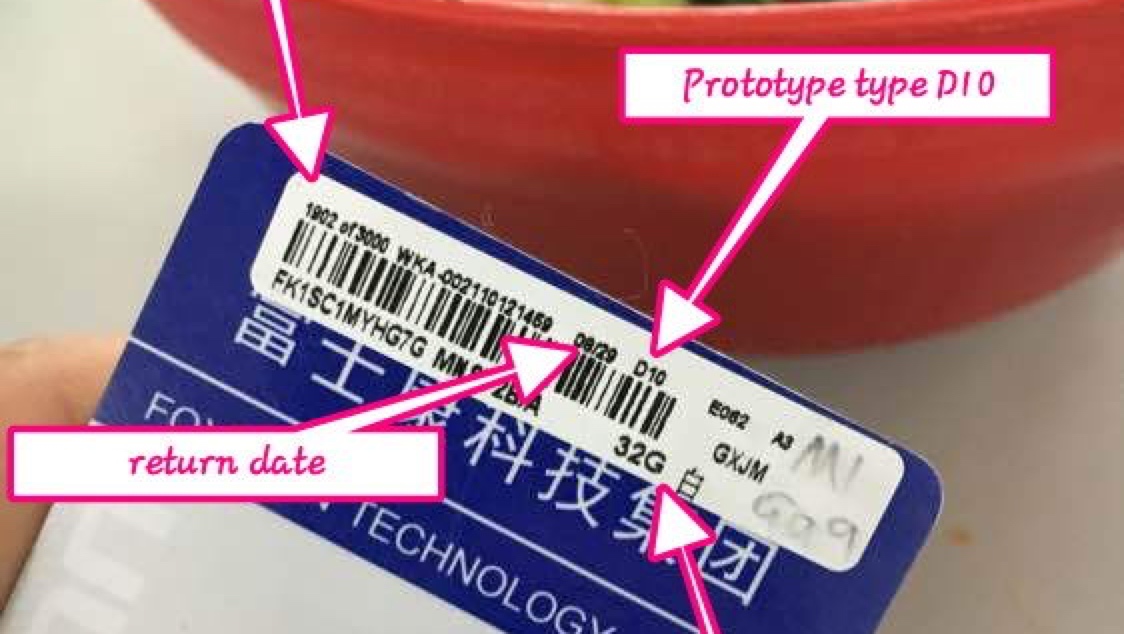 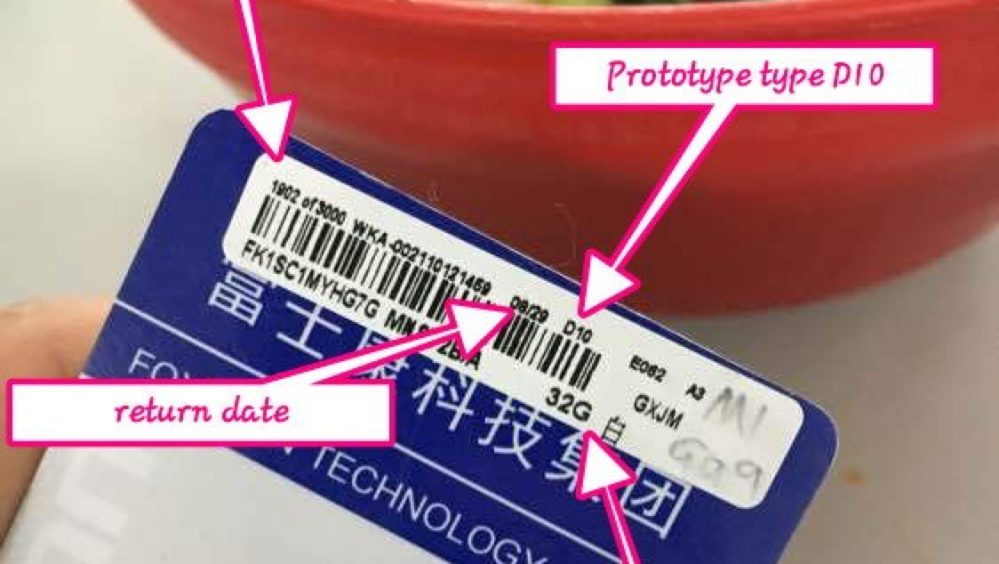 An alleged photo of a prototype info sticker for a device codenamed ‘D10’ has appeared online, via The_Malignent on Twitter. As previously reported, the ‘D10’ corresponds to a prototype iPhone 7 device. As seen by the other information in the sticker, this particular prototype has 32 GB of storage. This is obviously new for the iPhone lineup and corroborates other reports that Apple will finally end production of 16 GB flagship iPhones this year.

The photographed sticker is apparently from a prototype iPhone 7 unit: the ’32G’ designation represents a 32 GB iPhone in silver. With 32 GB as the new base, rumors expect Apple to also offer a new 256 GB option at the high-end for people with really demanding storage needs. Expect all this and more at Apple’s September 7 event next week.

Perhaps, the high-quality photos from dual-camera iPhone 7 Plus will be larger than typical iPhone photos in output size and necessitate additional storage. Nevertheless, the addition of 4K video recording and Live Photos mean users need more storage than ever on their smartphones.

It’s worth noting that Apple sometimes manufactures prototype hardware with storage capacities other than what it intends to ship to consumers but in this case we feel pretty confident that 32 GB iPhone 7’s are the real deal with corroboration from the Wall Street Journal and others.

#iPhone7 the testing season is over . the prototypes come home. pic.twitter.com/7Wys2KxYhS