WSJ: iPhone 7 to ditch 16GB storage option in favor of 32GB base 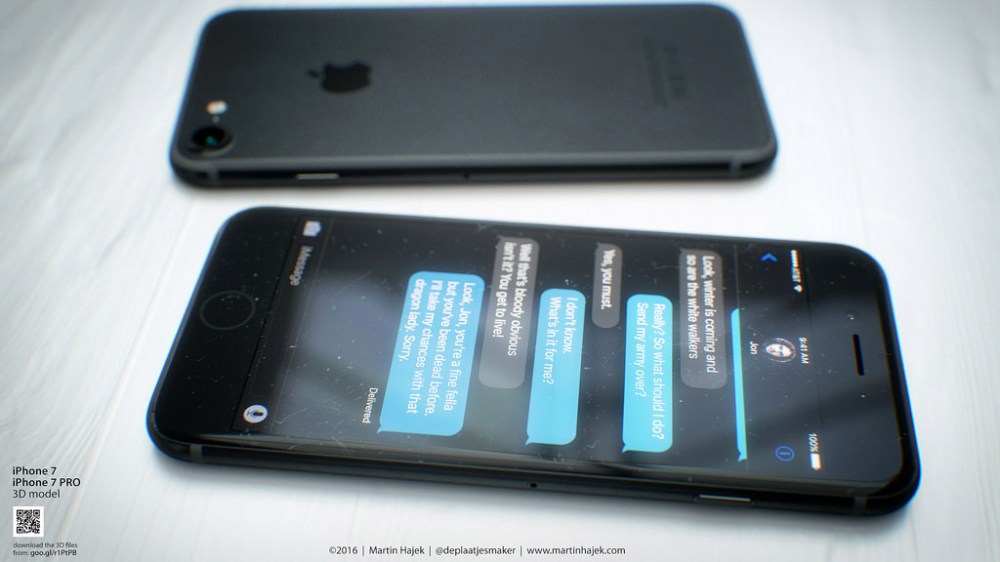 Following several sketchy reports, The Wall Street Journal is now reporting that the iPhone 7 will indeed ditch the 16GB tier. For the first time ever, the base iPhone model will come in at 32GB. While this was a move largely expected by users, a set of leaked images earlier this year led some to believe that Apple was sticking to the 16GB base.

The report cites “a person familiar with the matter,” but doesn’t offer any more details or confirmation as to what the iPhone 7 will feature. Previously, The Wall Street Journal corroborated much of what we already knew from various reports, saying that the iPhone 7 will have a similar design to the iPhone 6/6s, but with redesigned antenna lines and no headphone jack.

Instead of 16GB as a starting point for the entry-level iPhone, the new starting point will be 32GB, according to a person familiar with Apple’s iPhone plans.

Additionally, it is expected that the iPhone 7 Plus will feature a dual-camera sensor, while both models are expected to feature a larger camera module. A report last week also claimed that the devices will feature a Force Touch Home button, while also noting that Apple could introduce a new Space Black color option.

In the past, Phil Schiller has defended Apple’s decision to sell 16GB iPhones by arguing that services like iCloud make up for the lack of internal storage and that the 16GB model offers a cheaper entry-level option for users. With storage prices on the decline, however, the 32GB base model has been a long time coming. Note that the iPhone SE is currently offered in 16GB and 64GB options.

Apple is expected to introduce its latest iPhone this September, but the major refresh isn’t expected to occur until next year. The 2017 iPhone is expected to feature an all-glass design and OLED display, while the Home button will also reportedly be embedded in the screen.

You can keep up with the latest on the iPhone 7 and iPhone 7 Plus in our constantly updating iPhone 7 guide here.