Apple has launched a new 2TB iCloud storage tier a little over a week out from the iPhone 7 launch event. The new 2TB plan, which is its largest plan available, will set users back $19.99 a month.

The timing for such a plan is interesting given the rumors of a potential 256GB version of the iPhone 7 Plus. This would double the storage of the next largest iPhone storage amount — 128GB.

It’s also interesting when you work the math:

That’s not to say that there’s any surefire correlation there, Apple already has 256GB iPads for sale, but it’s worth noting. Keep in mind that the next iPhone will reportedly feature a 32GB base as well. 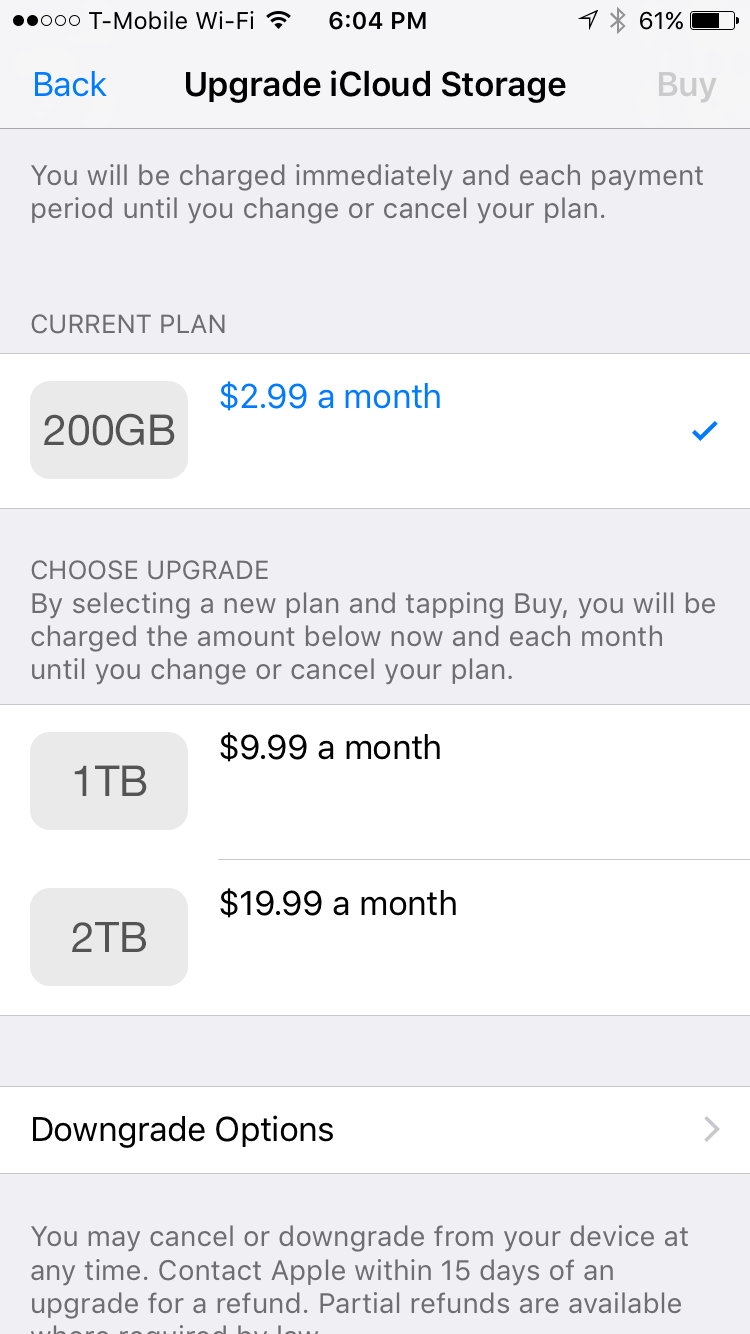 Another thing to consider is macOS Sierra’s new feature that allows Desktop and Documents folders to live on iCloud Drive. This feature, highlighted in the video below, can consume considerable iCloud storage space.

Are you planning on upping your iCloud storage to Apple’s new 2TB tier, or will you stay where you are?