Comment: There isn’t much of a difference (yet) between the iPhone 7 and iPhone 7 Plus 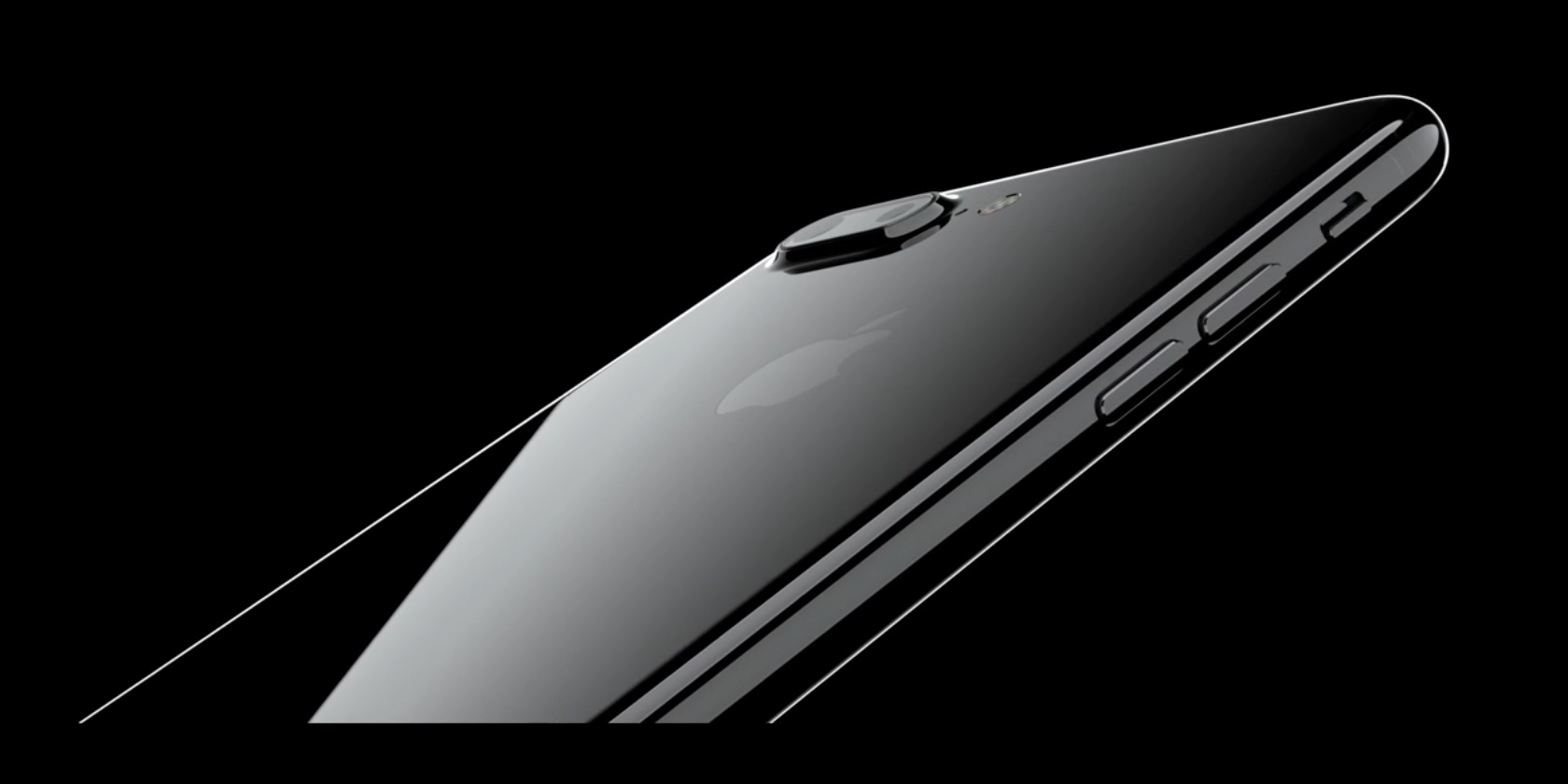 The iPhone 7 was pretty much everything we expected it to be. It has no headphone jack, it has a much-improved camera, and it features a solid state home button.

It also comes in two new colors, a matte Black color and a glossy Jet Black color, along with a 32 GB base SKU. So which iPhone am I considering? The decision isn’t as straightforward as I initially thought it might be.

First, if you want the best camera options available on an iPhone, you’ll have to opt for the larger iPhone 7 Plus — it’s that simple. The 7 Plus features the dual camera setup with one standard 28mm wide angle lens, the same lens found in the iPhone 7, plus an additional 56mm telephoto lens.

Both cameras feature 12-megapixel sensors, and are used together to pull off the iPhone 7 Plus’ 2x optical zoom feature. Optical zoom is actually just the Camera app’s way of seamlessly transitioning between the standard 28mm wide angle lens to the 56mm telephoto lens. The telephoto lens’ focal length provides an effective 2x zoom when moving from the wide angle lens:  (28*2 = 56).

Another cool new feature exclusive to the iPhone 7 Plus is the addition of an all-new depth-of-field mode for portrait shots. This feature, which isn’t shipping until later this year, employs machine learning to recognize and focus on the subject, and creates a depth map to help blur out the background while keeping the subject in tack-sharp focus. It’s an effect that is normally reserved for standalone cameras, but the iPhone 7 Plus allows you to see it both live and in post.

Outside of the obvious size differences, and an extra GB of RAM, there doesn’t appear to be any additional major features that separate the 5.5″ iPhone 7 Plus from the 4.7″ iPhone. If you’re someone who normally goes for the smaller version of the iPhone, the iPhone 7 Plus might be a hard sell when you consider that virtually everything else about the two devices is the same.

No longer do we have a differentiating factor, like Optical Image Stabilization, separating the smaller iPhone from the larger version. With the iPhone 7, both devices are exactly the same from a primary camera perspective. The difference lies in the 56mm telephoto lens found on the iPhone 7 Plus.

With the iPhone 7, you still get a much-improved camera experience. The new ƒ/1.8 aperture lens will allow for noticeably better low-light photography and video. And as a result of the wider aperture, you’ll also be able to acquire shallower depth of field when compared to the iPhone 6s. 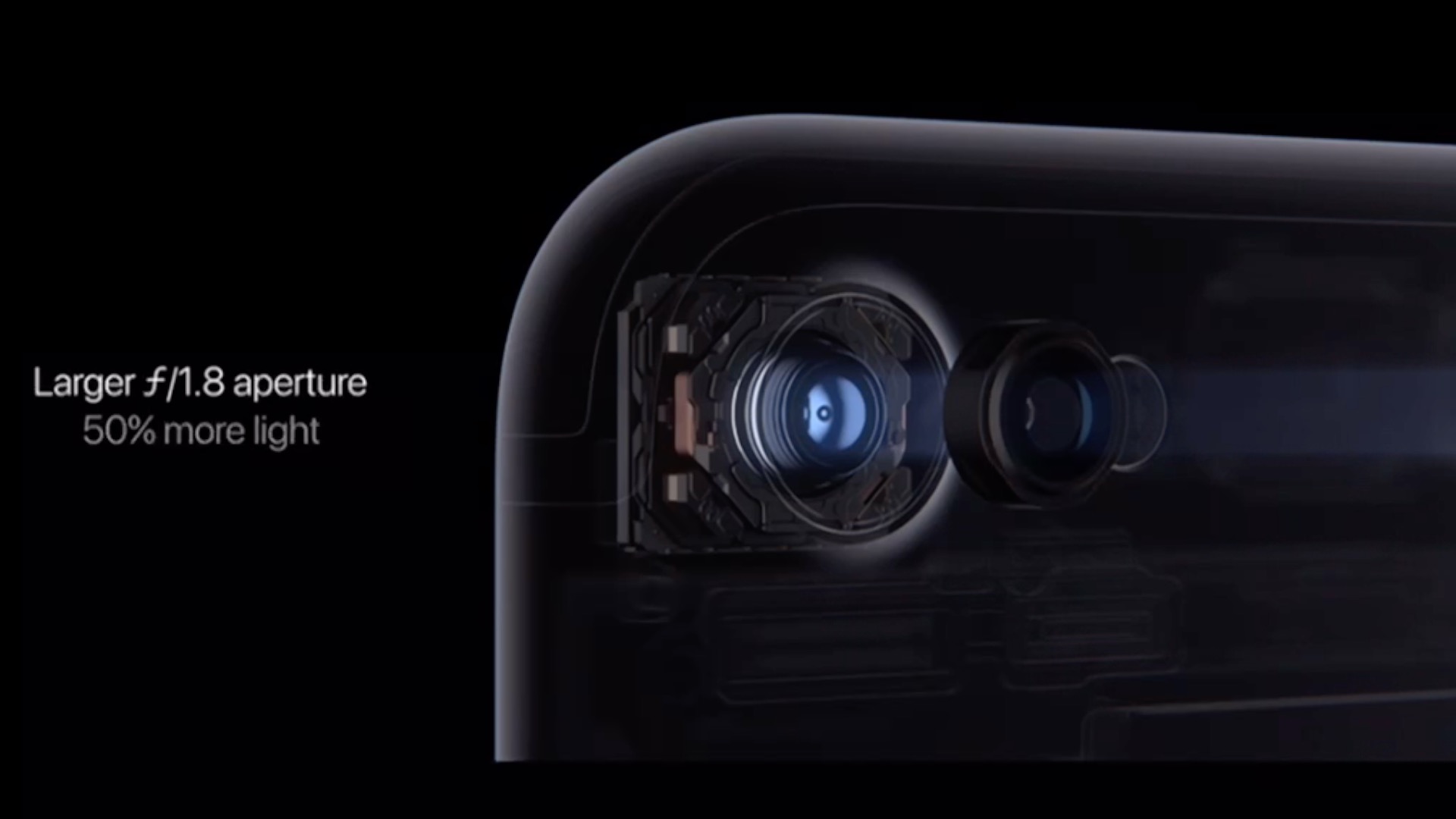 Although the new iPhones both sport 12 MP sensors, the sensors are brand new. The updated sensors, according to Apple, are now 60% faster and 30% more efficient. In the keynote, Apple SVP of Worldwide Marketing, Phil Schiller, states that the new sensor “has large pixels” but doesn’t go into any more detail than that. Interestingly, Apple is no longer publishing the sensor’s pixel size in its camera specs, something the company used to be in the habit of doing.

Both new iPhones come with two new colors — Black and Jet Black. These colors join the usual suspects: Silver, Gold, and Rose Gold. Noticeably absent is Space Gray, which is not a choice at all.

The new Jet Black color, with its glossy, and apparently micro scratch-prone surface, is only available in 128 GB and 256 GB SKUs. This makes the Jet Black option at least $100 more expensive than any other color option.

Which one will I buy?

Of course, there are many other new features to explore when it comes to the new iPhones, but I wanted to focus primarily on identifying the iPhone that works best for my needs.

Because I almost never use a lot of on board storage space, buying a 128 GB iPhone seems like overkill. 16 GB was, admittedly, way too small, but 32 GB has always seemed like the sweet spot for me. That alone will save me $100, because I don’t need to upgrade to the more expensive 128 GB model.

With that said, this automatically eliminates me from the Jet Black sweepstakes. Jet Black, as we noted, only comes in 128 GB SKUs and above. Apple likely knew that the shiny finish would be highly desirable, and its supplies, according to the amount of work that goes into creating such a surface, are probably more limited than other color options. 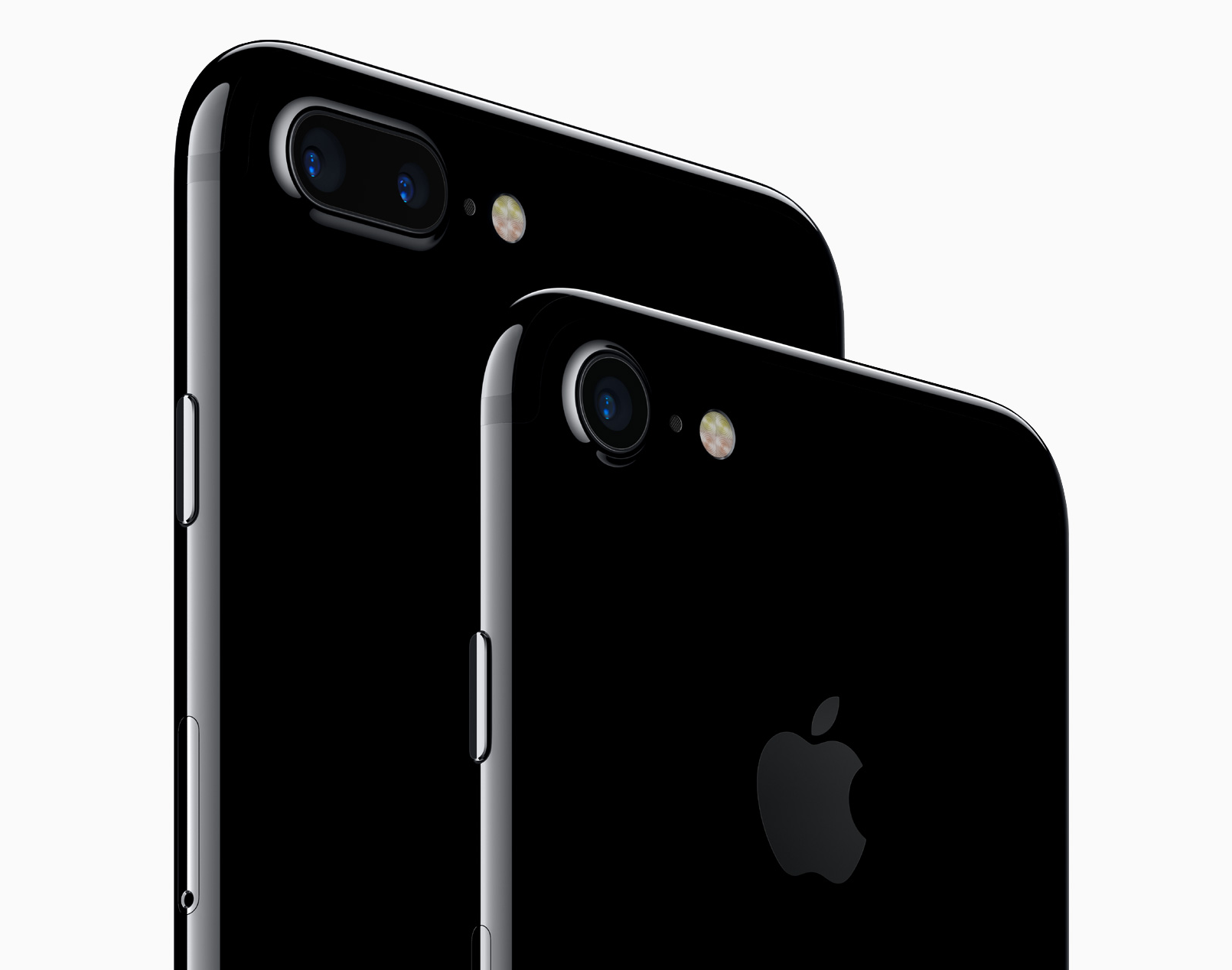 Judging from hands-on videos and accounts, the Jet Black model seems to be the iPhone most prone to fingerprints, and Apple even suggests that a case might be needed in order to avoid inevitable scratches on its finish. I’m not keen on the idea of having to use a case, so I don’t feel as bad about missing out on Jet Black.

My favorite iPhone of all time continues to be the slate iPhone 5. That iPhone, unlike the Space Gray colors of today, was pretty much black. It also had a matte finish that seems to be most-comparable to the iPhone 7’s new Black option. With this in mind, I’ll most-likely be purchasing a 32 GB Black model.

This is the most difficult decision of them all. I honestly thought the choice between the iPhone 7 and iPhone 7 Plus would be a no-brainer given the camera differences, but the differences really aren’t as huge as they initially seemed.

Granted, having a second camera allows you to zoom closer to your subject, and pull off that uber-cool bokeh effect using the upcoming Portrait mode feature, but outside of that, there isn’t much of a difference between the iPhone 7 and the iPhone 7 Plus.

As cool as the iPhone 7 Plus looks, I’m actually a little underwhelmed by the camera differences, or lack thereof. I was expecting Apple to have several awesome software features to show off that wielded both cameras simultaneously, but there was only one; and that one doesn’t even ship with the iPhone 7 Plus on launch day; it’ll come later as a part of a free software update. 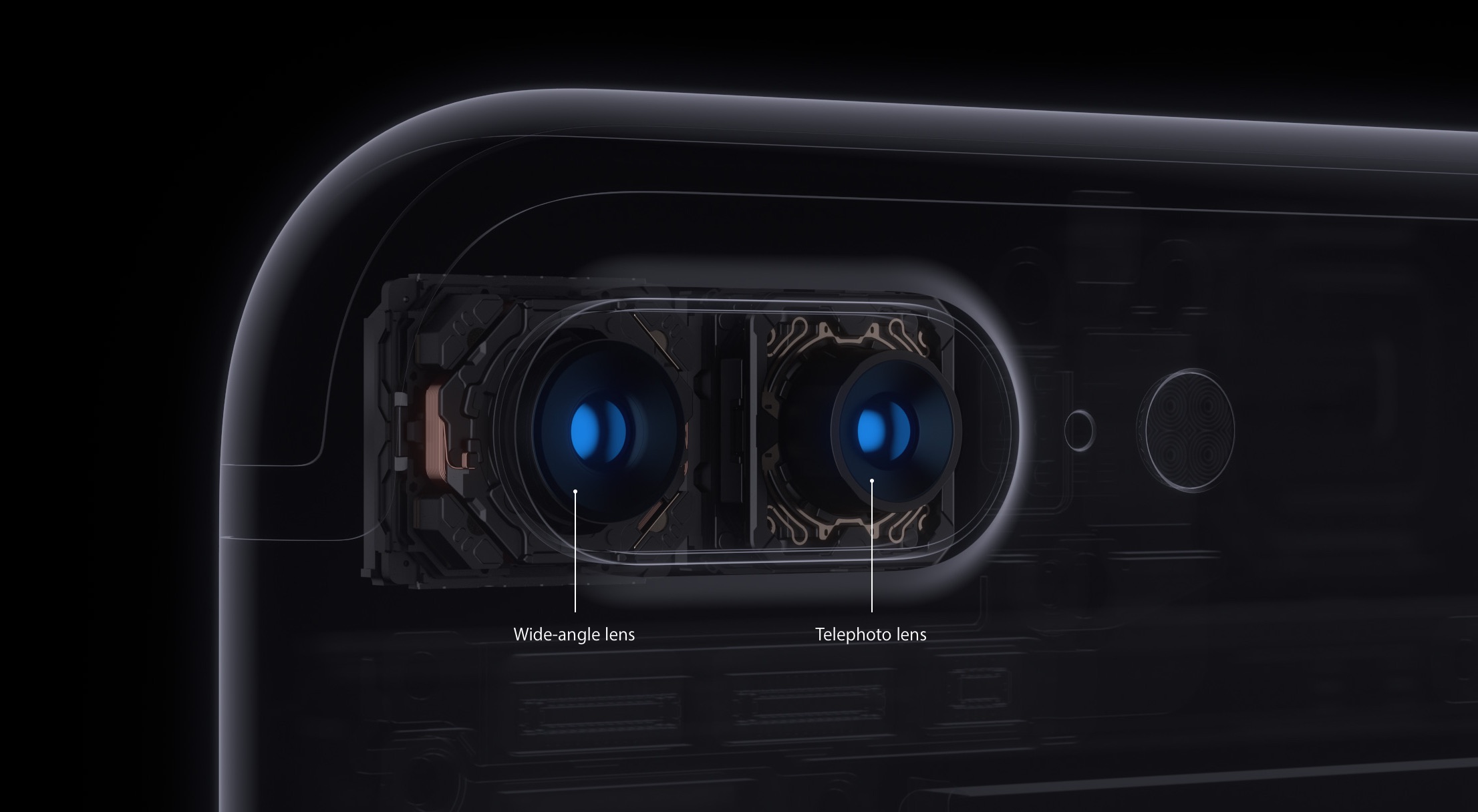 Still, I’m a sucker for having the best iPhone, and I’m heavily leaning towards the 7 Plus model due to its few enhancements over the smaller version. I’m sure that Apple has plenty more planned for the dual camera iPhone 7 Plus, but it obviously hasn’t finished putting it all together, as the bokeh feature wasn’t even available on the demo units after yesterday’s keynote.

So here is my final decision: 32GB iPhone 7 Plus in Black

I reserve the right to change my mind up until 3:00AM EST on Friday, but that’s where I’m leaning as of now. What about you?