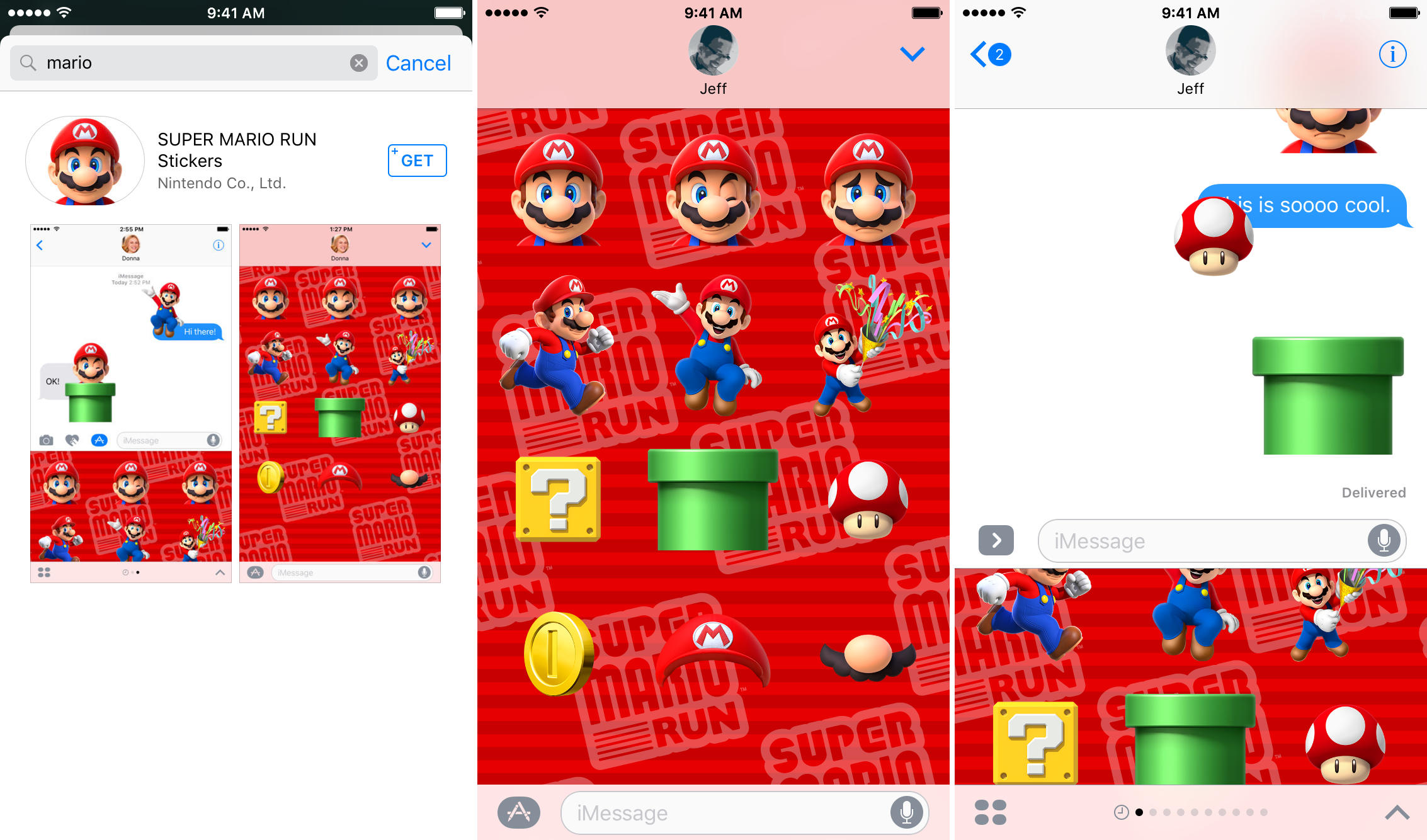 A day before the official debut of iOS 10, Nintendo’s Mario sticker pack has gone live on the iMessage App Store. The stickers, which were first announced by Nintendo’s legendary game designer, Shigeru Miyamoto, during the iPhone 7 event, are now available to those running the iOS 10 beta.

Apple has apparently performed a server side update on the iMessage App Store, as you can now search for apps using its interface. To find the Super Mario Run Sticker pack, simply do the following:

Step 3: Tap the ‘+’ to open the iMessage App Store interface.

Step 4: Tap the search button in the upper left-hand corner.

Once installed, the Mario sticker pack will appear in the iMessage app drawer. The sticker pack features 12 Mario stickers in all, and each sticker can be sent as an individual message, or pinned to message bubbles and photos within an iMessage conversation.

The sticker pack is designed to build hype for Mario’s highly anticipated debut on the iPhone. Super Mario Run is set to go live sometime in December.

In addition to the Super Mario Run sticker pack, the Disney Sticker pack shown off at WWDC 2016 is now live on the iMessage App Store. Officially entitled Disney Stickers: Mickey & Friends, it features animated Disney characters and is available for $1.99.