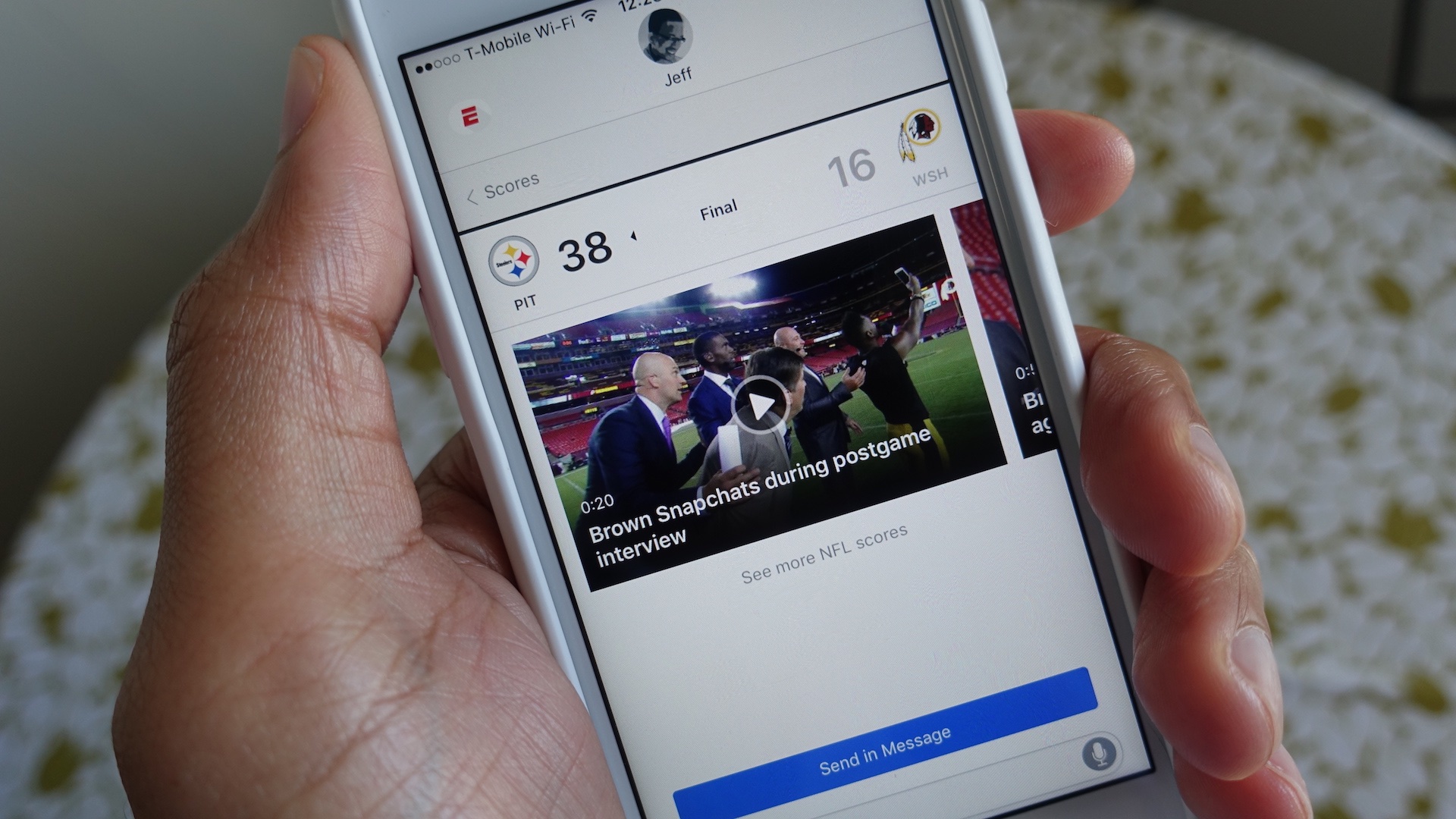 ESPN has launched an iOS 10-centric update to its flagship app. The updated ESPN app brings about several new iOS 10-related features, such as iMessage App Store support and updated iOS 10 widget support. The update, version 5.3, is now available for download on the App Store.

The most notable portion of the ESPN app update, is the implementation of iMessage App Store support. The ESPN iMessage app allows users to share scores and game highlights with friends without leaving the Messages app.

Along with iMessage app support, comes a new restyled iOS 10 widget. The ESPN widget is something that Craig Federighi showcased during the WWDC 2016 keynote. The ESPN widget demoed at the keynote allowed for live video playback right from the widget interface in iOS 10.

It’s hard to say if such functionality exists in the just-updated widget now available on the App Store, as no live games are happening at the moment. Interestingly, however, ESPN makes no mention of such a feature in its change log (available below), so we’ll have to wait and see. 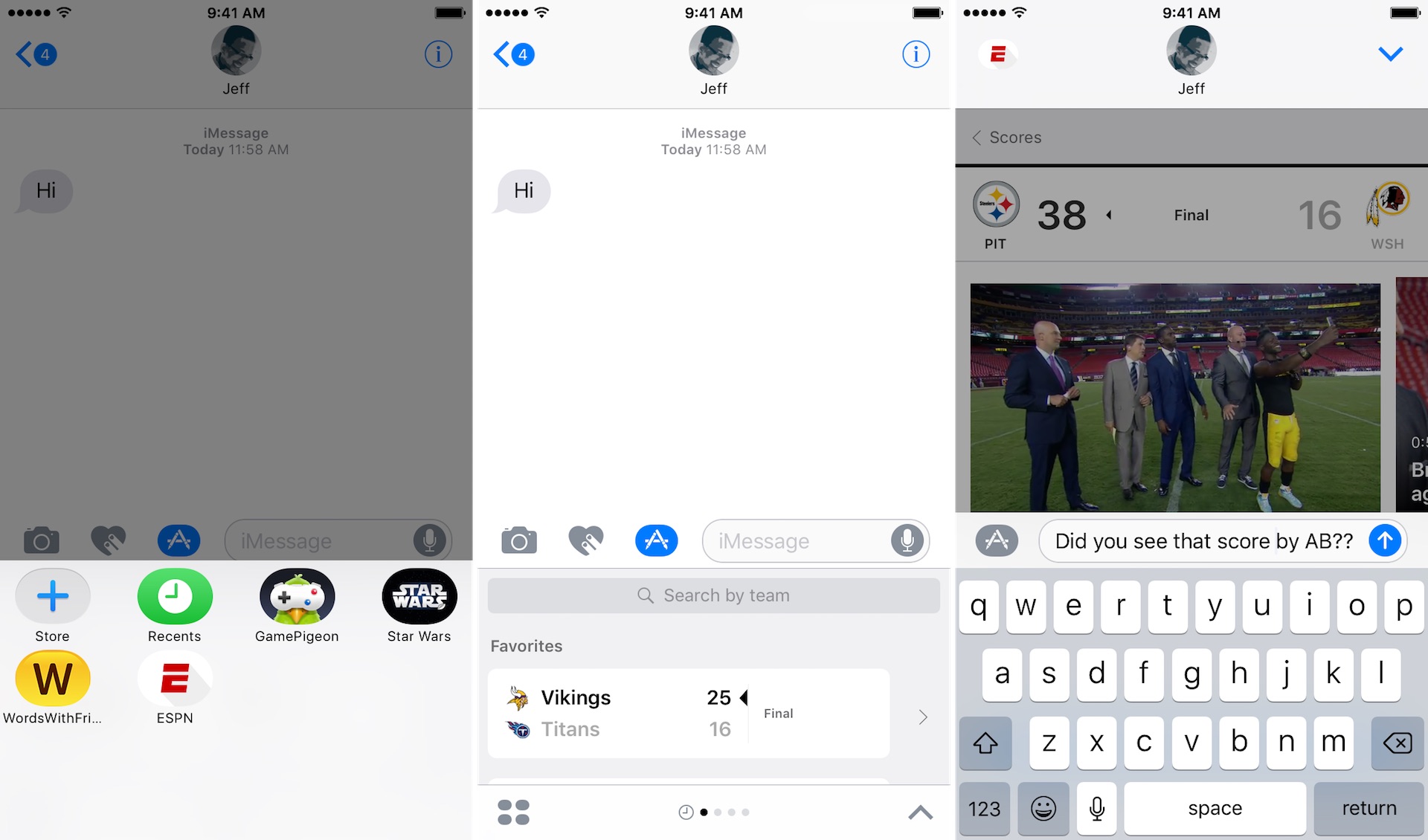 3D Touch support is refined in the update for quick action access to news about favorite teams, ESPN Radio, and Watch ESPN.

The Apple Watch and watchOS 3 get some love as well. A new complication, which appears directly on the watch face, makes it possible to track favorite games. I can see this being a popular feature for sports fans who aren’t in a position to watch or listen to an in-progress game. 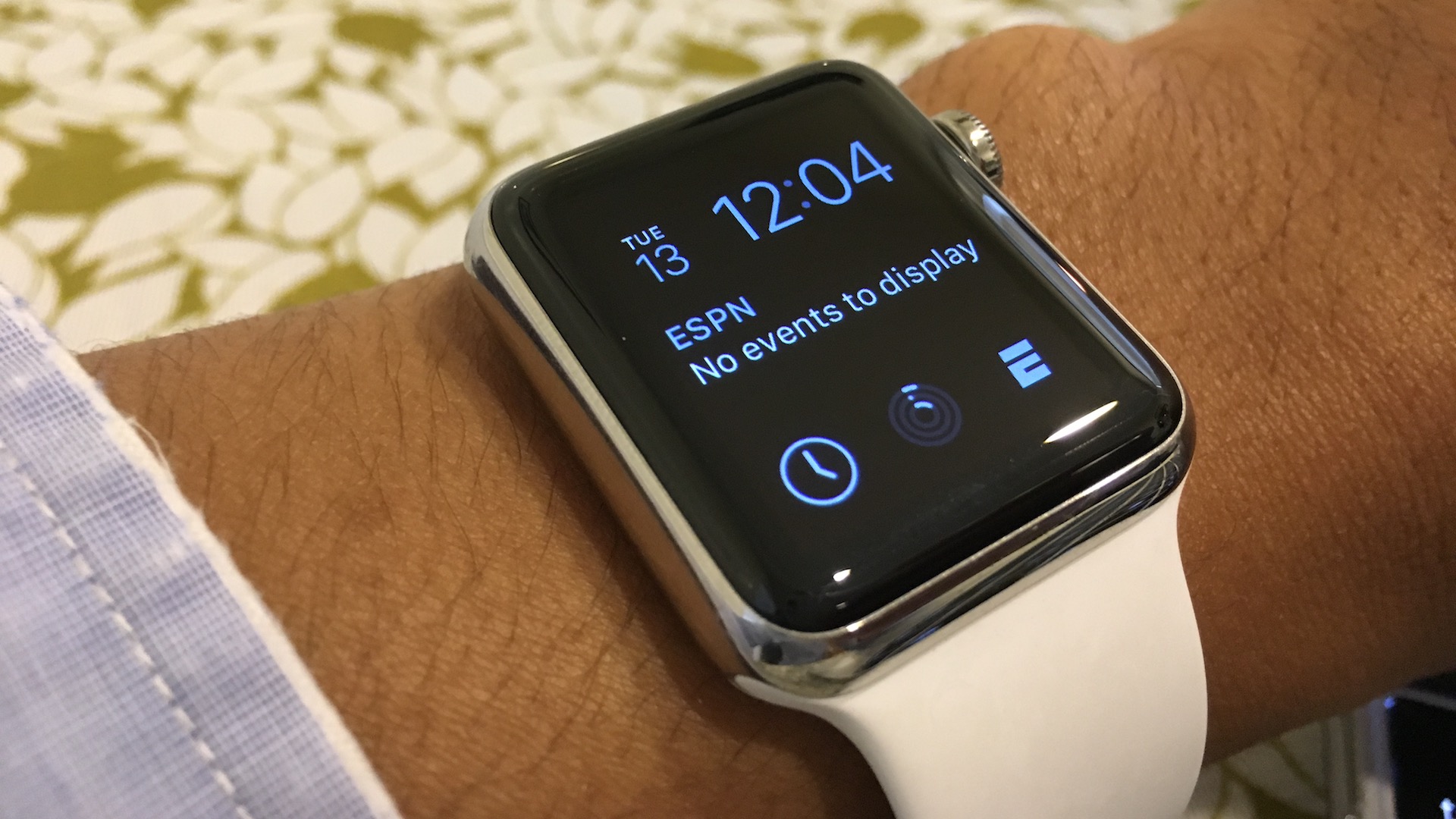 Stay up to date with sports scores right on your wrist