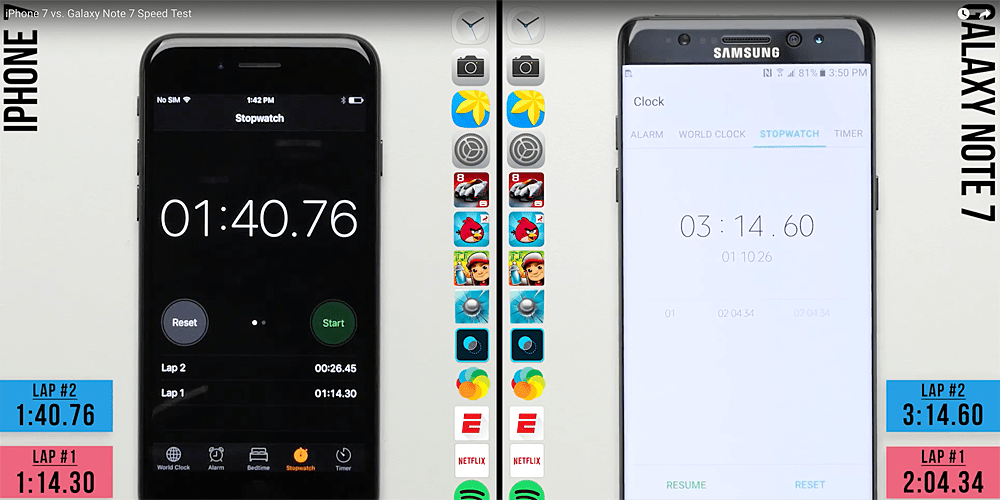 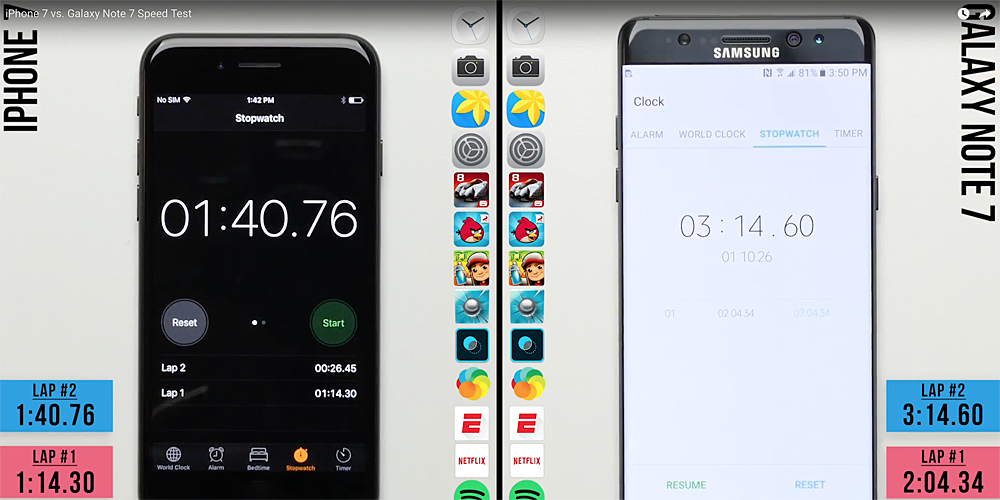 Benchmark scores have already shown us that the iPhone 7 is theoretically faster than a standard MacBook Air, but they always raise the question how much difference such performance makes to real-life use. One realistic speed test carried out by PhoneBuff seems to quite convincingly demonstrate that the answer is ‘a lot.’

Once all the apps were open, PhoneBuff then tested the efficiency of the phones by re-opening all the same apps. All in all, it struck me as a very realistic test of the practical performance of the two smartphones.

The result? Not only was the iPhone 7 dramatically faster than Samsung’s flagship, it actually ‘lapped’ the Note 7 by completing its second loop before the Galaxy had finished the first one.

Notably, despite having only 2GB RAM against the Note 7’s 4GB, the iPhone 7 appeared to still have all 14 apps open in memory while the Samsung had to reload some of them. This does seem to provide support for Apple’s argument that the efficiency of designing hardware and software together means that it can get by with less RAM.

The final scores were the iPhone 7 completing everything in 1m 40s while the Note 7 took 3m 14s. Plus the iPhone 7 has the added bonus of not bursting into flames. You can watch the video below.

Display experts DisplayMate also appear to be giving the iPhone 7’s screen a thumbs-up. The full results won’t be known until later today, but the company has teased several of the findings.

It says the iPhone 7 ‘sets many new display performance records,’ including picture quality, Absolute Color Accuracy and Absolute Calibration Accuracy. In fact, DisplayMate says the screen is more accurate not just than other smartphones, but any TV the company has ever tested.