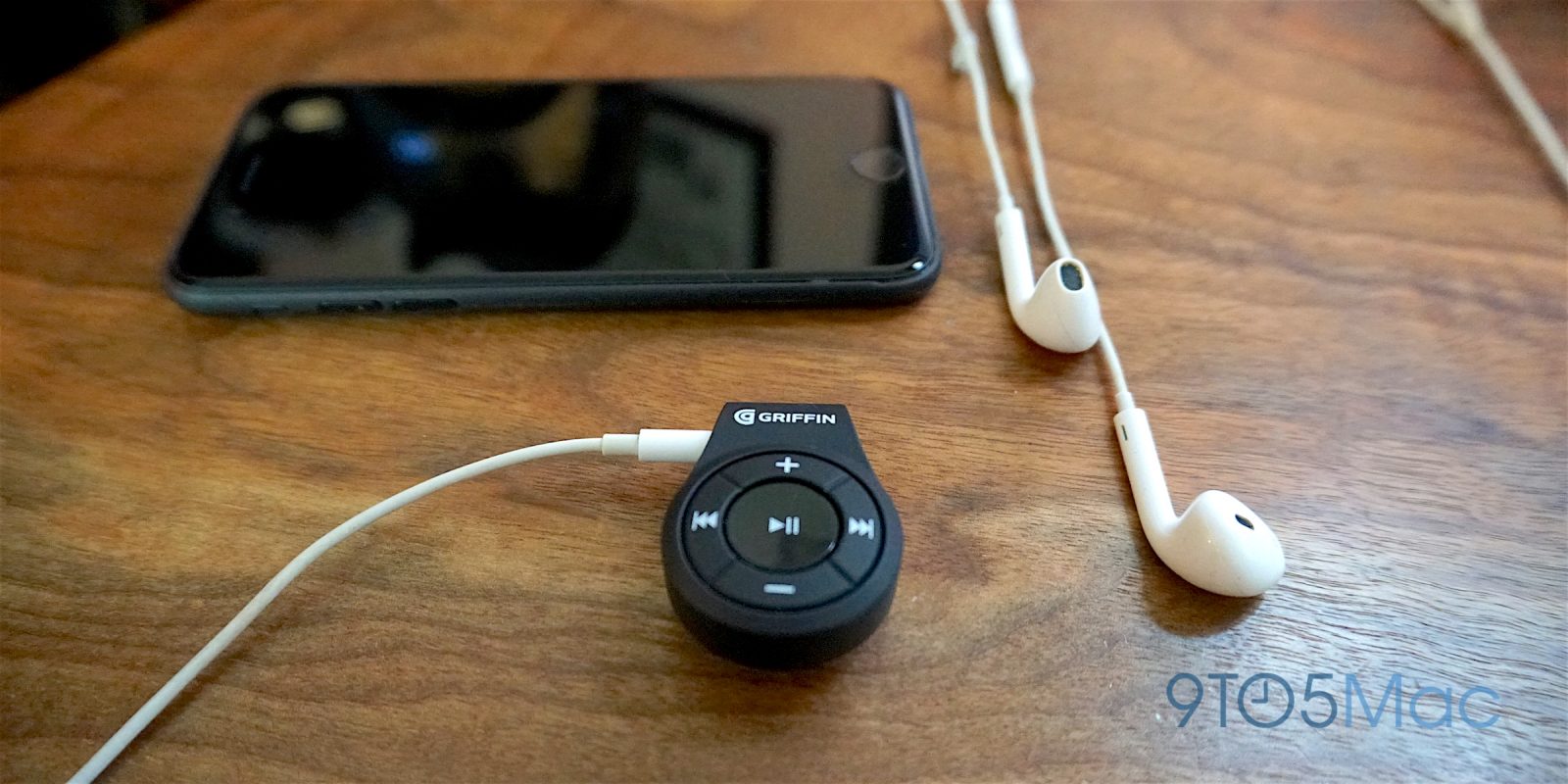 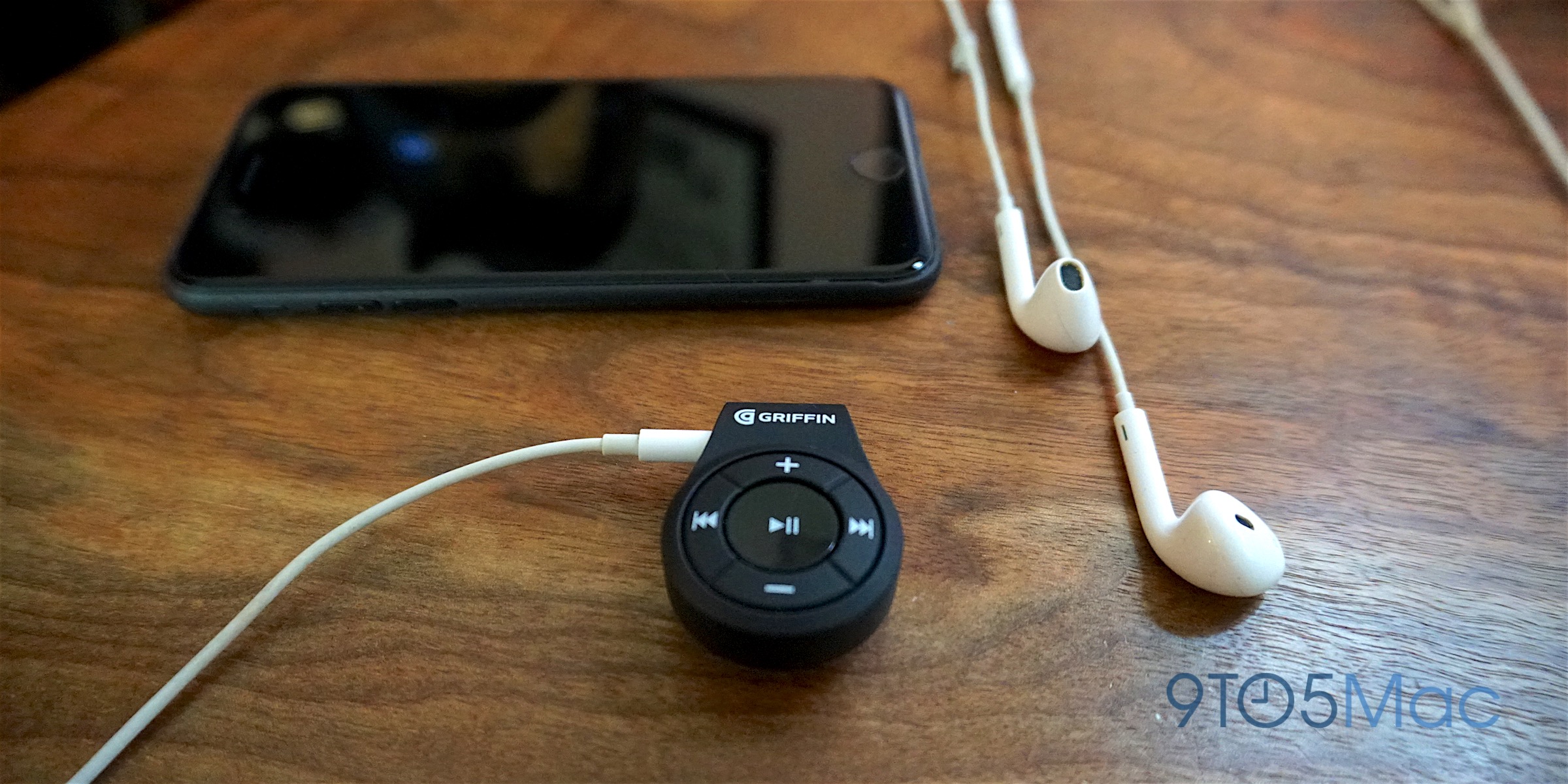 iPhone 7’s lack of a headphone jack means more people than ever are considering an upgrade to new wireless, Bluetooth headphones. But if you don’t want to make the jump, or love your old headphones too much to part with them just yet, Griffin’s new iTrip Clip will let you add Bluetooth functionality to any set of 3.5mm headphones for $20.

It’s certainly not the first Bluetooth adapter/receiver that works with 3.5mm headphones, but a built-in clip to attach it to your shirt, pants pocket, or elsewhere sets it apart from the bulkier competition. It’s also noticeably smaller than a lot of the other Bluetooth adapter options for headphones– many of which are made for at-home/desktop usage– at 30mm at its longest and 10mm thick. It’s light enough that I didn’t notice it much when clipped onto a pocket or shirt sleeve during a workout. 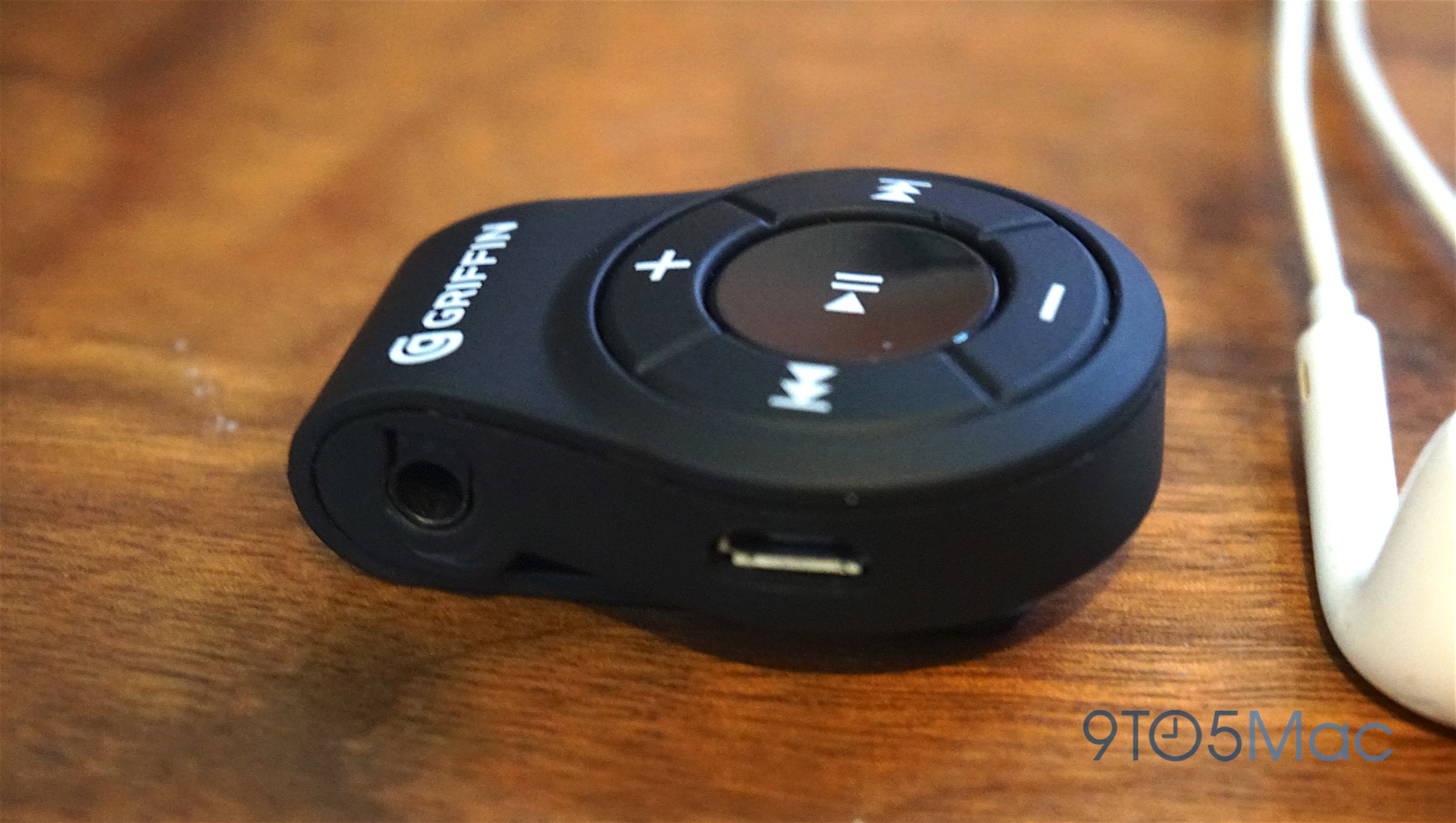 On the side of the adapter opposite the clip, there are media controls for controlling music, activating Siri, and answering calls, all of which worked reliably for me. 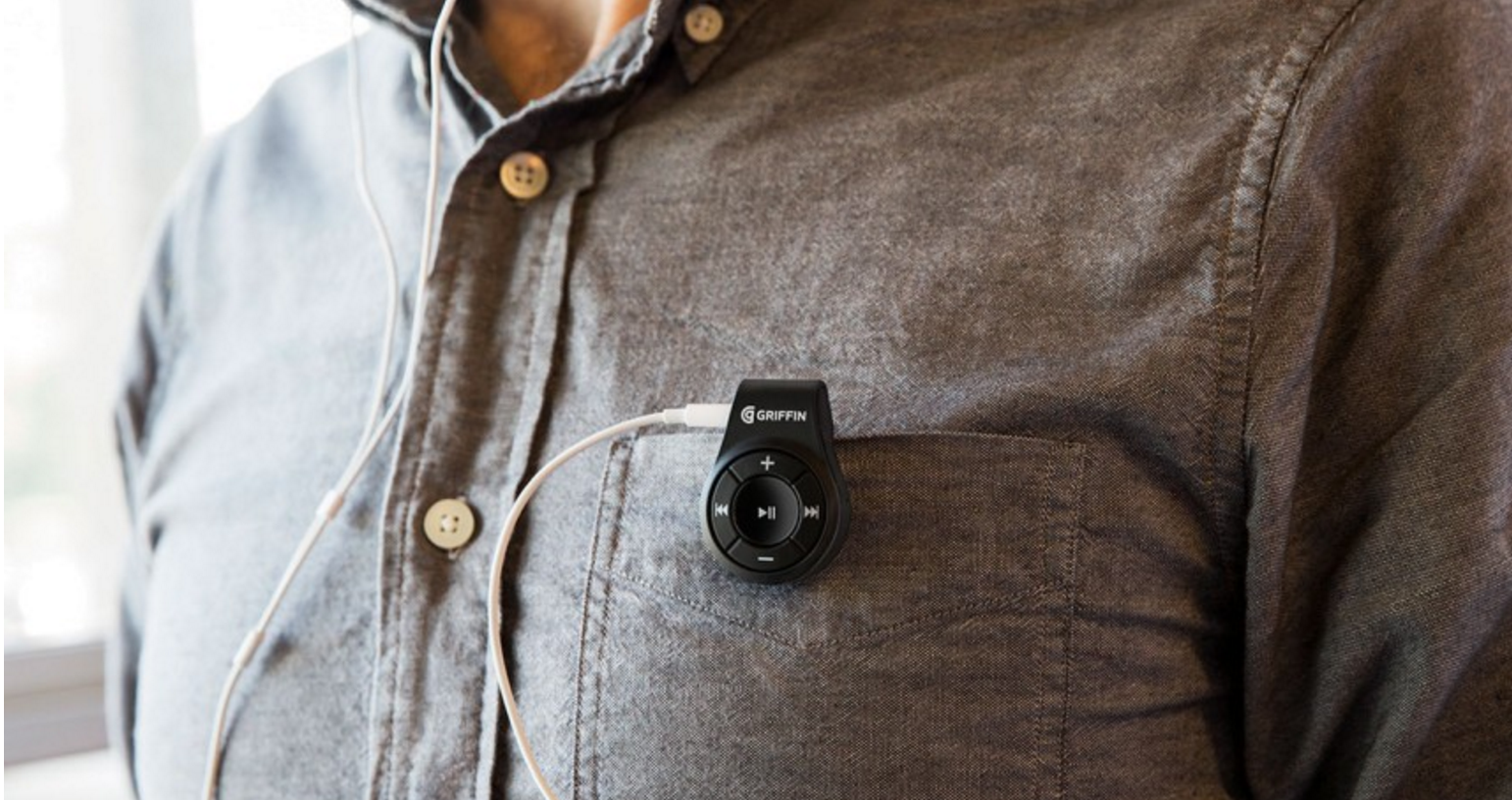 Once you’ve connected the first time, you’ll be able to automatically connect as long as Bluetooth is enabled on your iPhone.

One thing to note is that you’ll be using the mic built-in to the iTrip for calls and Siri. That’s something to keep in mind if you plan to keep it far from your mouth— the mic on your headphones wont be active while you’re connected to the iTrip. 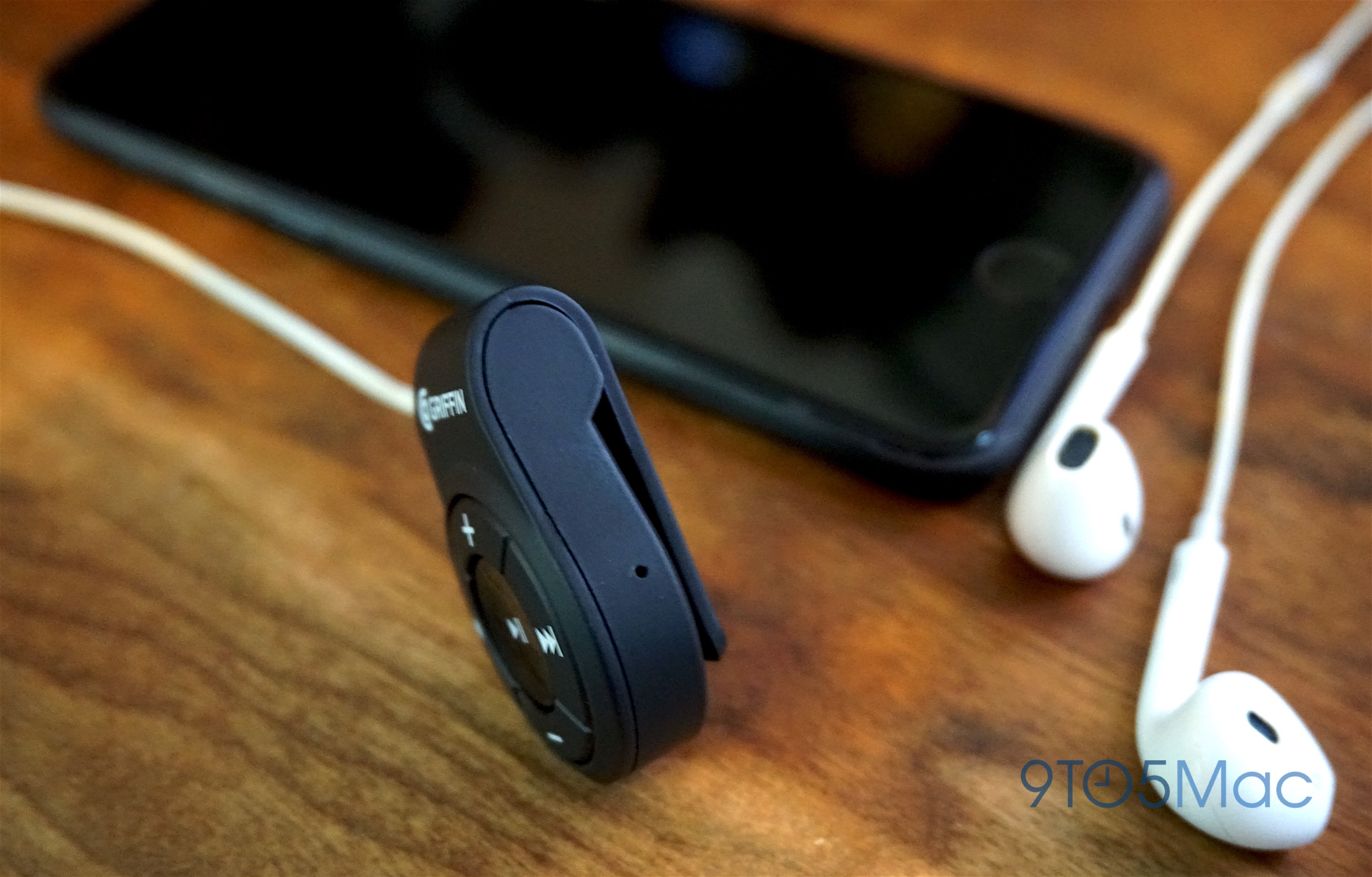 The adapter can also add Bluetooth functionality to devices other than headphones, including a car stereo via an AUX cable. It doesn’t come with an AUX cable for that purpose, however, but it does include a 3-inch micro USB cable for charging. You can continue to use it while charging too, but that might require a longer micro USB cable to do it comfortably depending on your setup and headphone cable length. 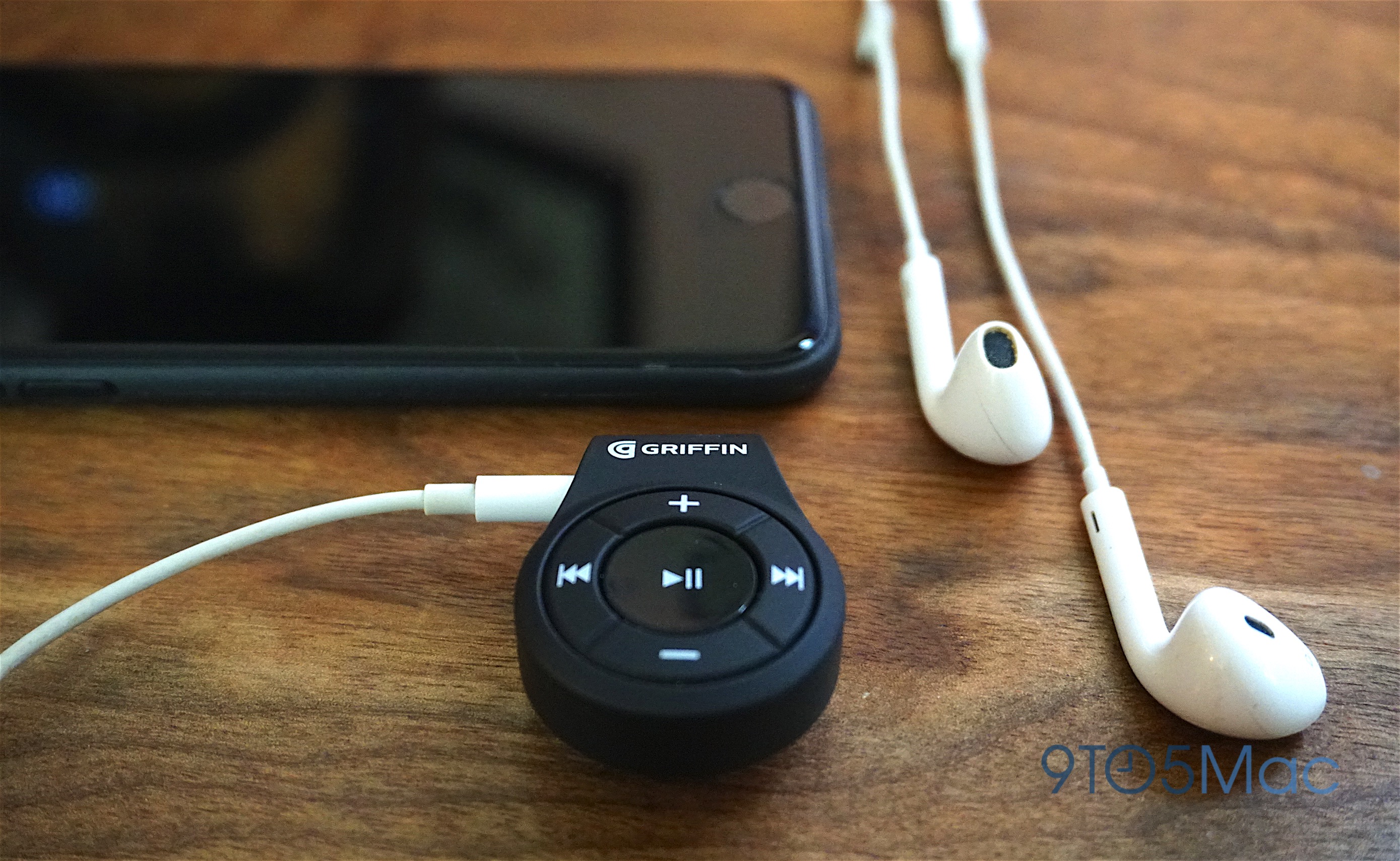 I didn’t notice any major changes in sound quality when testing with Apple’s old EarPods that come with iPhones. And I didn’t notice a difference when compared with using Apple’s 3.5mm to Lightning adapter with the same headphones going directly into iPhone 7.

Griffin promises around 6 hours play/talk time, and 180 hours standby, which I found to be about accurate for real world usage in my tests. And that’s on-par or better than battery life on some of the better wireless headphone options (our top picks). 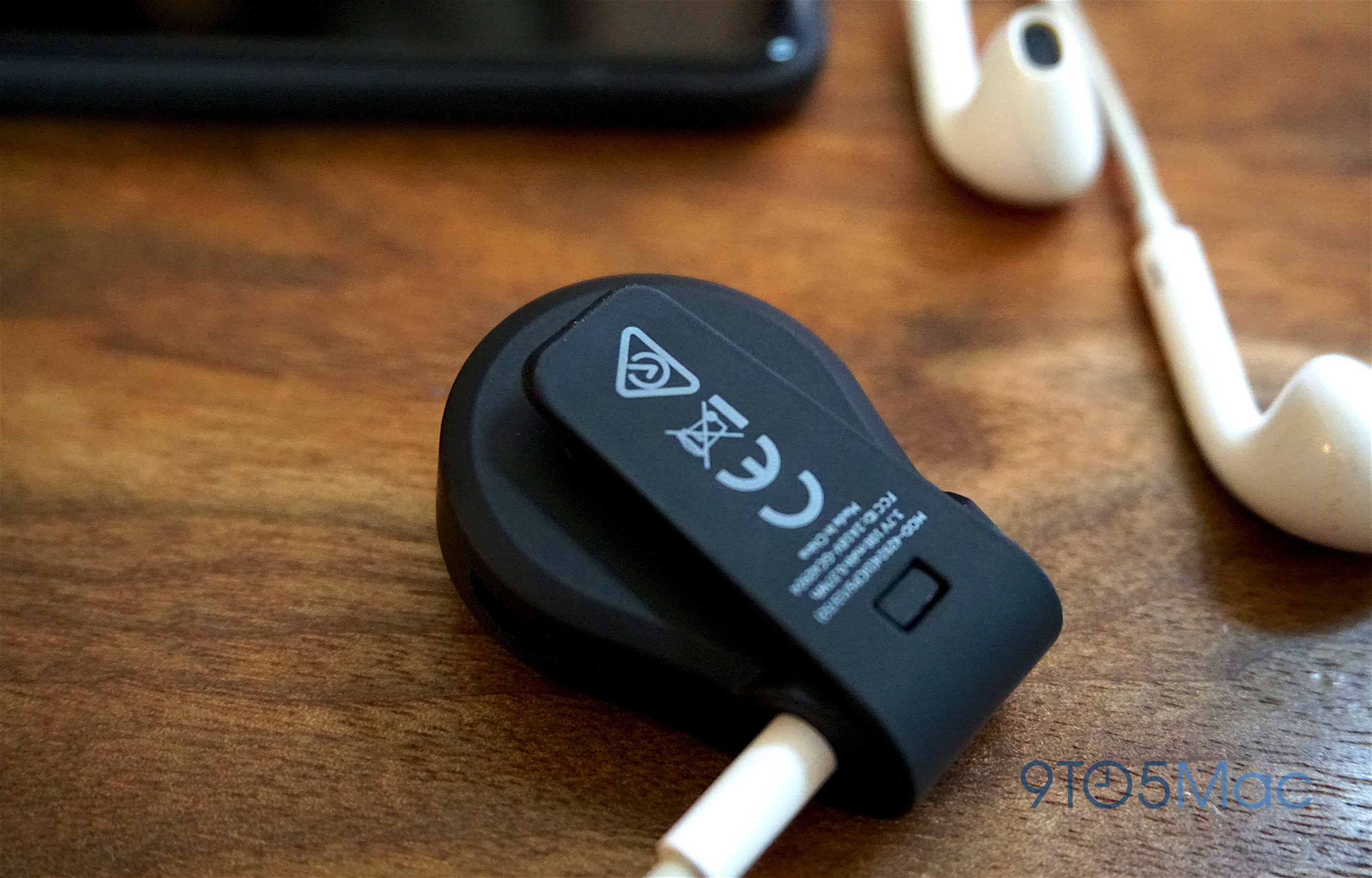 The alternative to using a Bluetooth adapter with your old headphones is a 3.5mm to Lightning adapter of some kind. Apple has one that it bundles in the box with iPhone 7 that you can use on the go, and it also sells its Lightning dock which includes a headphone jack and Lightning connector, allowing you to charge and listen at the same time.

If you’re not ready to pick up a new set of wireless headphones, the Griffin iTrip Clip is one of the better options for giving your old 3.5mm headphones Bluetooth functionality for the iPhone 7, at least as far as portability goes with its clip-on form factor. It doesn’t add anything to your audio quality, but it also doesn’t take away anything from the experience as long as you have the mic in range for calls.