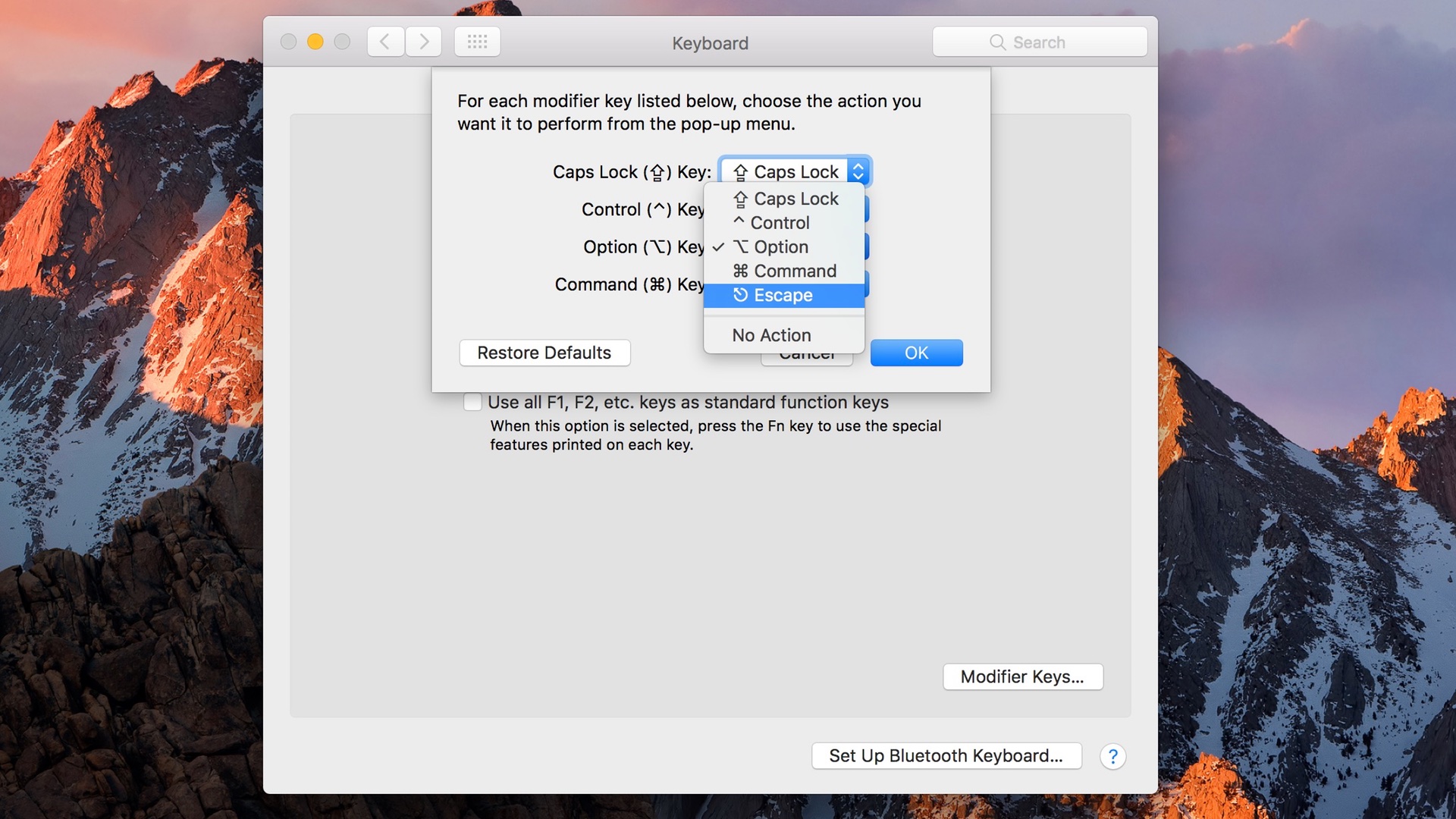 After seeing the leaks for the upcoming MacBook Pro, many people have wondered how their workflows might be hindered by the removal of the hardware Escape key. While it’s very likely that an Escape key will be able to be mapped to the OLED Magic Toolbar, macOS Sierra contains another handy provision for those of you who still prefer to use a dedicated hardware key.

In macOS 10.12.1, Apple has added the option to remap the Escape key to a physical hardware button. This remapping functionality isn’t new, in fact, back in March we walked you through how to remap modifier keys to make a Windows keyboard work better on a Mac.

How to remap Escape to a hardware key in macOS Sierra

To remap the Escape key to another hardware key, simply do the following:

Step 3: Click the drop down box next to the hardware key that you’d like to remap, and select Escape. 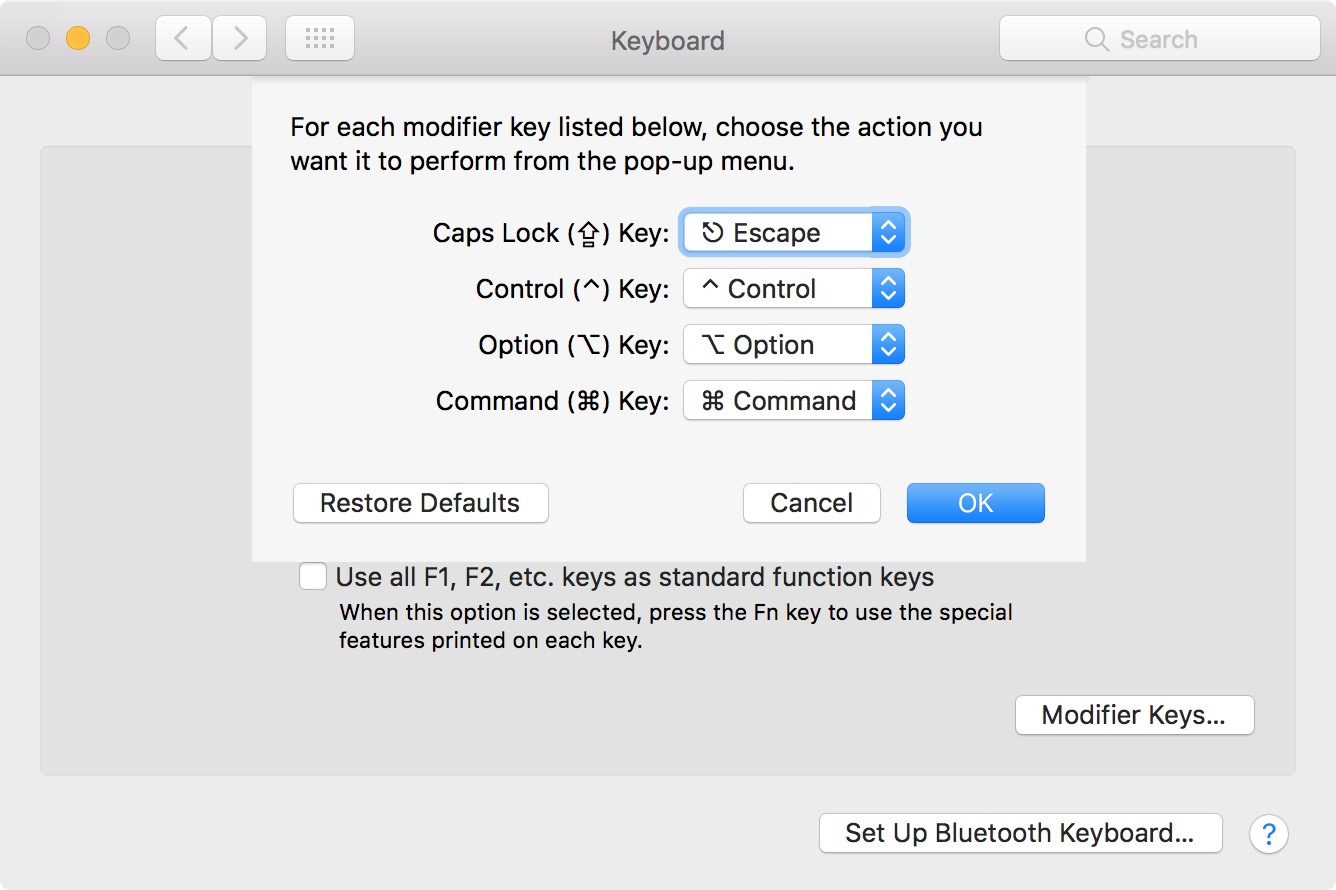 A modifier key remapped with an Escape action

You should now be able to use the assigned hardware modifier key as a replacement for the Escape key, which as you know, will no longer appear on MacBook Pros going forward. Thankfully, it’s super easy to assign the Escape key to another hardware key.

Apple likely understood that not all of its customers will appreciate being relegated to a soft-Escape key, and hence instituted this change to appease power users. I mean, who uses Caps Lock anyway?