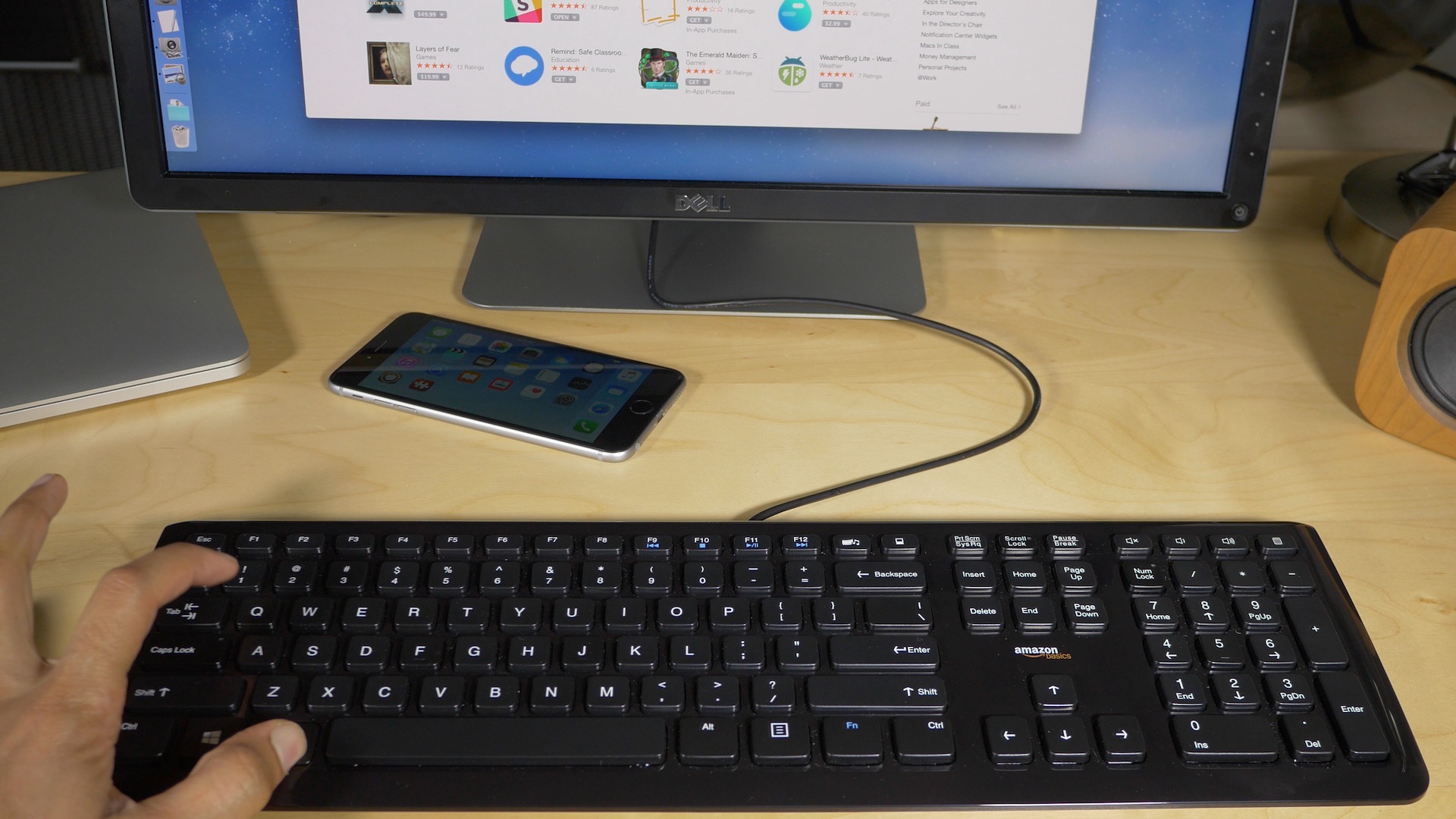 I just so happened to have an AmazonBasics wired keyboard available thanks to my recent Hackintosh build, so I decided to use it with my Mac. Immediately, I could sense relief in my wrists, but because this was a keyboard designed for Windows and not for Mac, the switch presented a whole new problem.

It’s the order not the function

The problem isn’t the function of the keys, because as we discussed, from a pure functionality standpoint, the modifier keys (Control, Option, Command) all map 1:1. The problem stems from their arrangement on the keyboard.

Such a little thing, the swapping of the Command and Option keys, can cause trouble for someone who’s been typing on a Mac for years. Fortunately, there is a dead-simple fix for this issue.

How to remap modifier keys in OS X 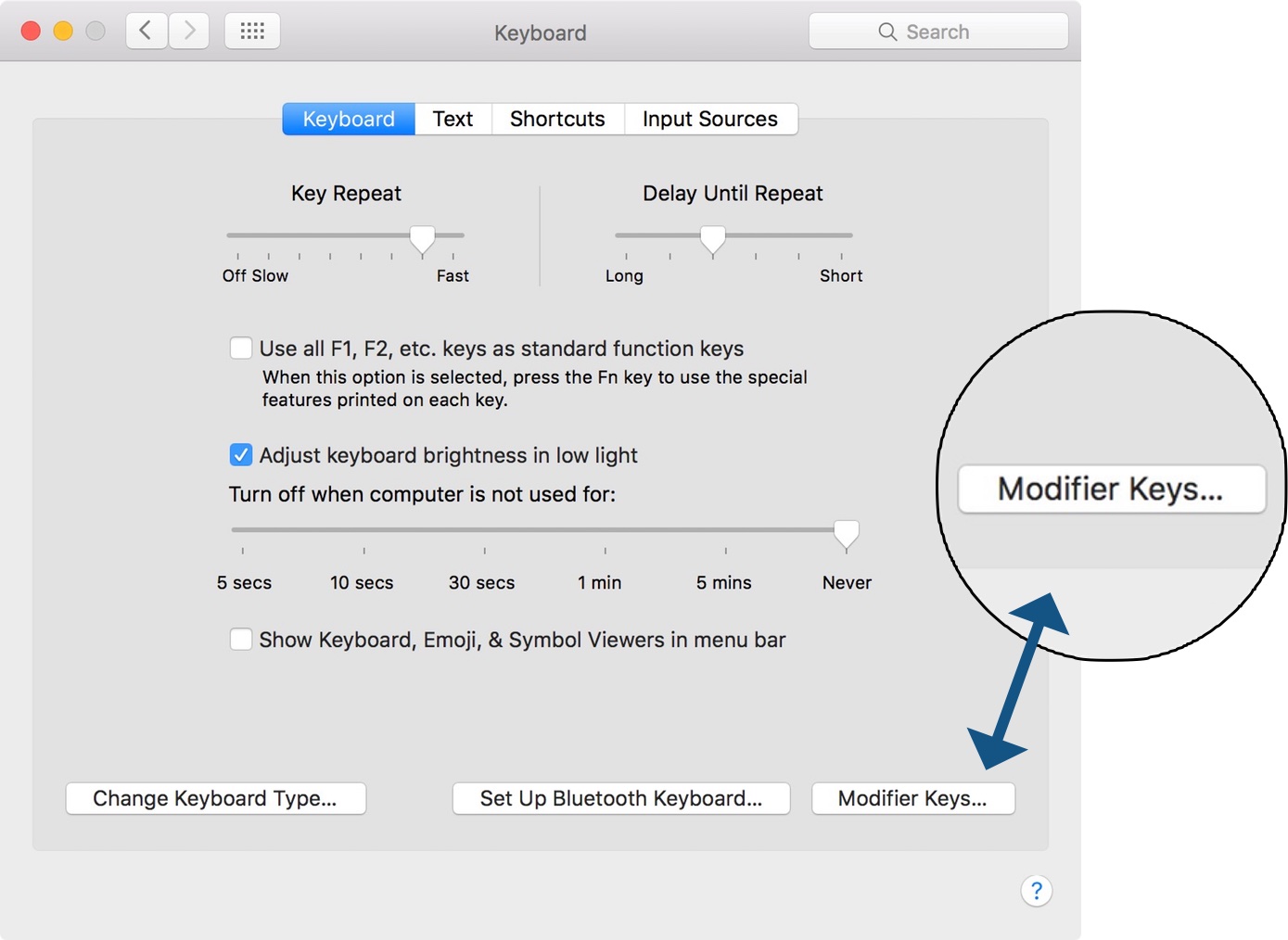 Step 2: Select your third-party Windows keyboard via the Select keyboard drop down box. 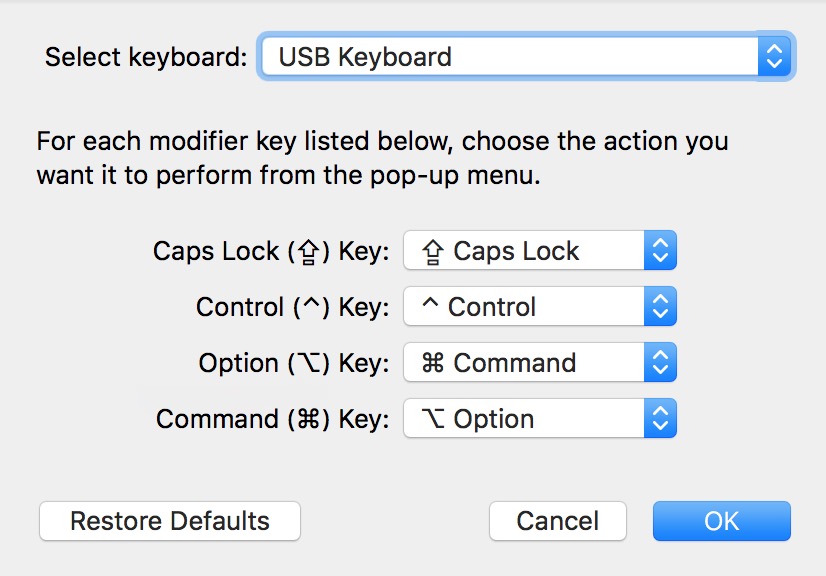 The bottom line is that there are plenty of great keyboards out there that are designed to be used on Windows machines. There’s no reason why you shouldn’t be able to use a great keyboard just because it was originally designed for Windows. Take advantage of the provision to remap modifier keys inside of OS X’s System Preferences. In the end, it’ll save time, frustration, and keep you from having to retrain what may be years of muscle memory.

For more on keyboards, be sure to have a look at Jeremy’s keyboard roundup. What type of keyboard do you use with your Mac?