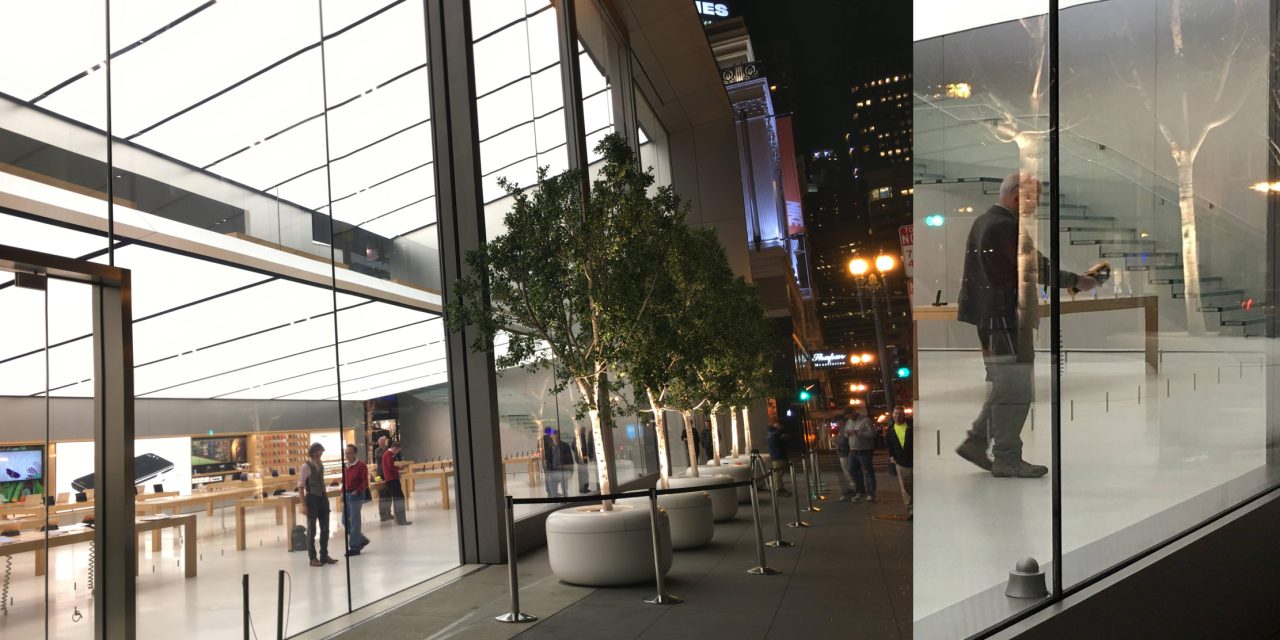 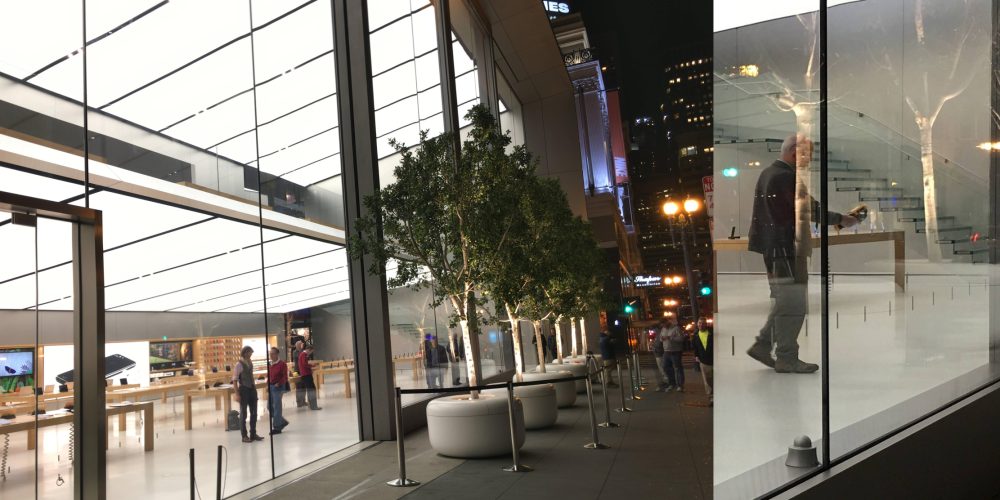 Apple is holding its media event later today at 10 AM PT, where it is widely expected to announce a series of new Mac hardware including a new MacBook Pro. The rumor mill has not been clear about availability details for the new products … but Apple Stores appear to be readying for something new as soon as today.

A Reddit user has posted pictures of the San Francisco Apple Store where employees are setting up line dividers and measuring floor space as if they are preparing for a new in-store display of some kind. This seems to suggest that the new Mac laptops (or something else?) may actually go on sale today, once the event is over …

The comment section on the thread indicates that this is happening at more than just the San Francisco Apple Store, at some of Apple’s larger retail locations. Commenters say that the ‘line’ has been setup at a stores in Hawaii and Indianapolis too. Queuing for MacBooks is certainly a far smaller phenomenon than when Apple unveils new iPhones, but it does happen occasionally.

Apple is expected to unveil at least two new Macs today, a 13-inch MacBook and a brand-new MacBook Pro in 13-inch and 15-inch flavors. The MacBook Pro will replace the top row of keys with an OLED touchscreen bar, which will show contextual actions and shortcuts based on the currently-used app. Apple scooped itself here, with macOS Sierra including photo renders of the new hardware feature.

Although it’s nice to think that the new Macs will be available immediately after so many months of waiting and anticipation, there are some other possible explanations for these Apple retail preparations. It is possible that Apple merely sets up marketing displays for the MacBook Pro inside the store so people can come and try them out, with the line gating the flow of people around the store.

The store could then take preorders today for shipments in the next week. With a brand new OLED function key row, it makes sense that Apple wants people to try the new user interactions as soon as possible. The Apple Online Store has already been taken down ahead of the event.

Another possibility is that Apple is going to surprise with an unexpected new product, perhaps new AirPort accessories or a refreshed Apple TV. Although the expectations are Mac-focused, Apple will be introducing some new smart TV guide features for Apple TV and iOS devices at the very least. Maybe it is completely unrelated work related to something else entirely and the timing is merely coincidental …

We’ll know for sure in a few hours! Apple’s event kicks off at 10 AM PT. Stay tuned to 9to5Mac for live coverage of all the announcements. The Apple Town Hall conference room is already dressed for the occasion.