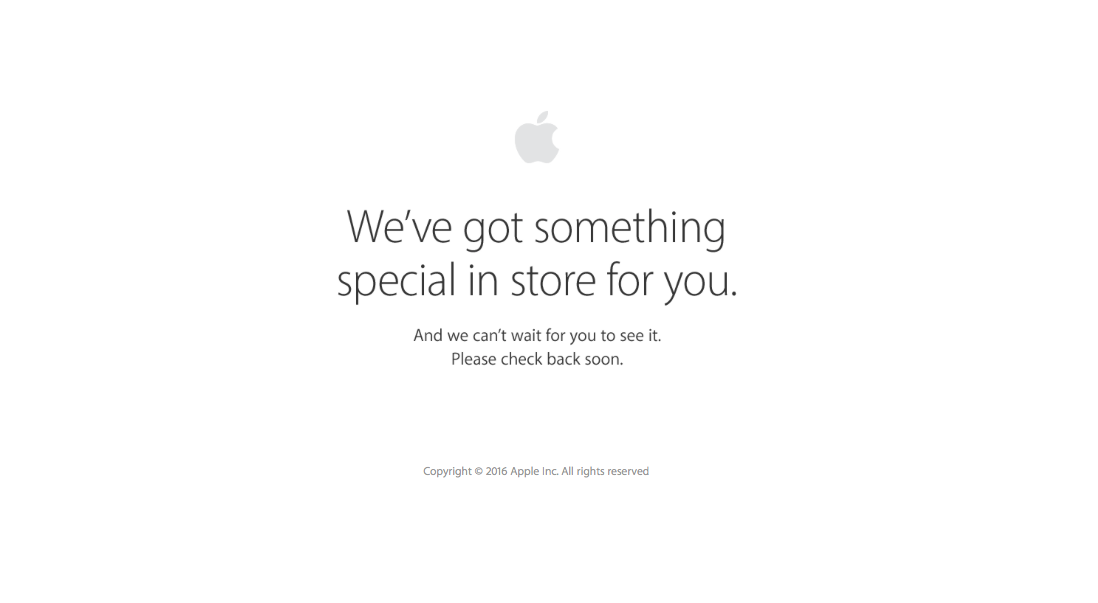 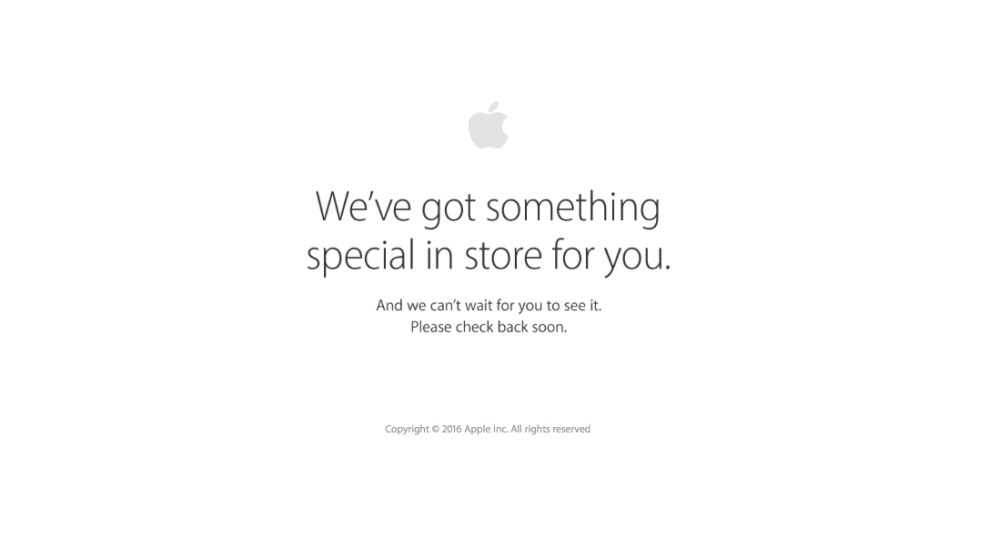 As is the way with Apple event days, the Apple Online Store is down ahead of the event starting at 10 AM PT. The store goes down for hype more than technical limitations but it still indicates that whatever Apple is announcing later, such as a new MacBook Pro, will be available to order imminently.

Apple’s ‘hello again’ event rumors suggest that the event will focus on a much-needed update to the Retina MacBook Pro, featuring Touch ID, Apple Pay and a new OLED function bar above the keyboard, and some kind of new 13 inch MacBook (apparently similar in style to the 12 inch one-port MacBook). However, Apple has at least an hour of stage time to fill so they are likely other announcements too …

Although details about the 13 inch MacBook are unclear — there is confusion as to whether it will be positioned as a successor to the MacBook Air — the new 13 inch and 15 inch Retina MacBook Pro has been detailed quite thoroughly in advance.

Apple’s own operating system, macOS Sierra, included images of the new product confirming rumors such as the OLED bar (which replaces the top row, including the physical Esc key and power button) and presence of a Touch ID sensor for Apple Pay and unlocking. The new Macs will also feature greatly-upgraded internals, for better performance, housed in an overall thinner chassis than the current models.

Yesterday, it was reported that Apple will unveil some new enhancements regarding their digital TV efforts, including a new smart TV guide for Apple TV that will aggregate media from all the sources users can find streaming TV shows. In the current tvOS experience, all of this content is siloed into the individual network apps. This TV guide project will streamline the experience for customers and better promote new channels and shows to watch from the networks, although Netflix content is apparently not going to be included.

The Single Sign-On feature may also launch as part of the event, after missing the tvOS 10 launch. There may also be some other surprises thrown in, although an AirPods launch date will not be one of them. Yesterday, Apple said it is delaying the release of AirPods to fix some issues related to the accessory.

Apple will be streaming the event live on its website when it kicks off at 10 AM PT, so you can check their site for live video. 9to5Mac will be bringing live coverage of all the announcements, so stay tuned.