You can now make donations to nonprofit organizations with Apple Pay 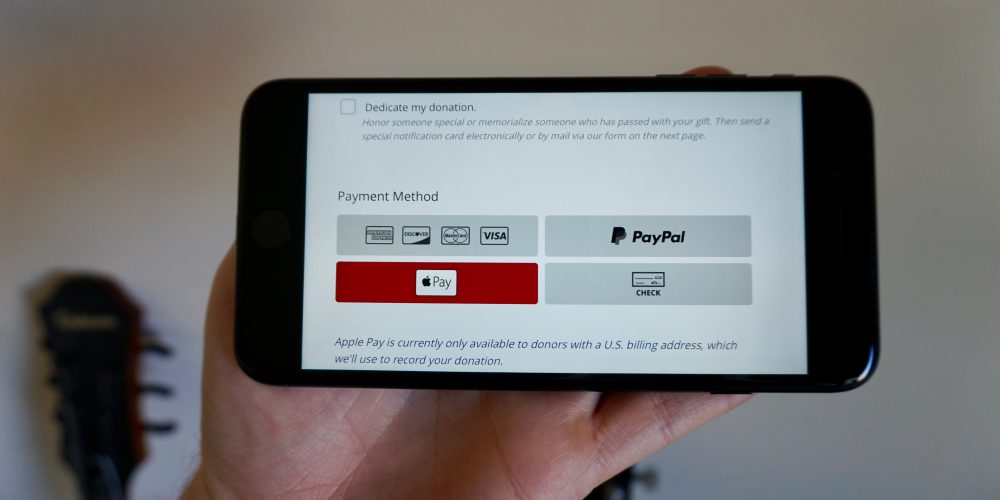 Apple Pay is now a payment option when making online donations to several nonprofit organizations. Apple announced that its mobile payment service can be used to donate to over a dozen nonprofits starting today with at least five more groups joining the list soon.

“We’re making it incredibly easy to give back with Apple Pay,” said Jennifer Bailey, Apple’s vice president of Apple Pay. “Websites and apps tell us they see twice as many people actually completing a purchase with Apple Pay than with other payment methods. We think offering such a simple and secure way to support the incredible work nonprofits do will have a significant impact on the communities they serve.”

Apple Pay lets you make payments online securely using tokenization rather than your actual credit card number. Apple Pay on the web is possible for the compatible nonprofit organizations thanks to the new feature joining iOS 10 and macOS Sierra in September.

There are some limitations to using Apple Pay for donations for some nonprofits currently. For example, Apple Pay does not support the ability to make your donation reoccurring every month for St. Jude Children’s Research Hospital. However, the convenience of using Apple Pay is greatly superior (and more secure) than manually entering credit card information so it should encourage one-off donations.

Other nonprofits including ‘charity: water’ do allow for monthly donations at checkout so it’s not specifically an Apple Pay limitation as it’s possible.

Apple has also partnered with several retailers to promote Apple Pay on the web with special holiday promotions when using the mobile payment service to checkout online.

The feature works on iPhone and iPad (where previously specific apps were required to be installed) and on the Mac. Apple’s new MacBook Pros with Touch ID let you use Apple Pay without a second device to authenticate. 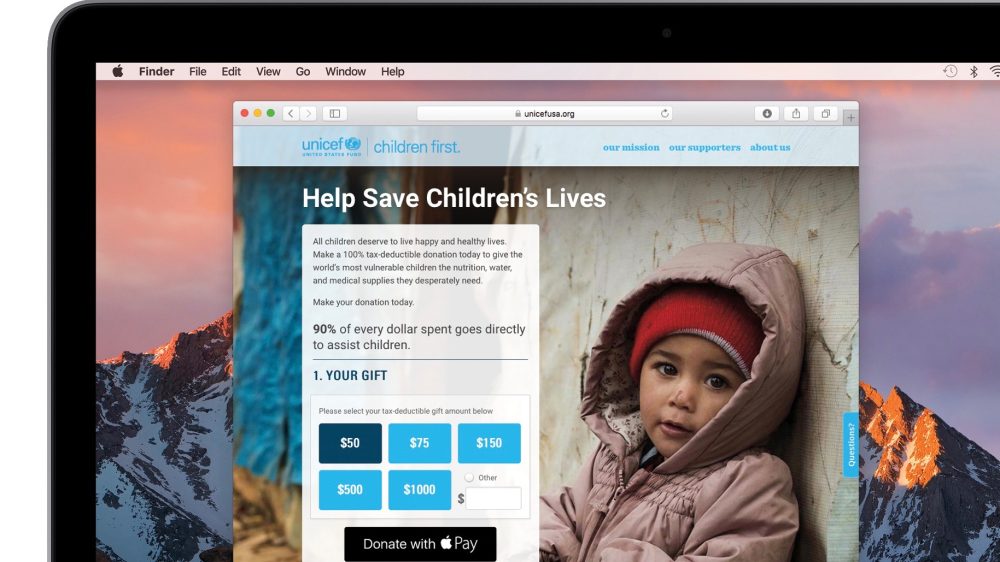 These five are coming soon:

Updated to note that monthly donations are possible for some nonprofits.